Now in its 12th year, Griffin Studio is our esteemed mentorship program—a creative lab for early career artists. Each year our Studio artists develop one or more projects with support from Griffin’s Artistic team, while undertaking workshops on aspects of playwriting and theatremaking. Griffin Studio provides artists with the time and resources to create work that can shape the nation. Plays developed through Griffin Studio include City of Gold, Orange Thrower and Whitefella Yella Tree, and alumni include Kate Mulvany, Sheridan Harbridge and our Associate Artistic Director Tessa Leong. 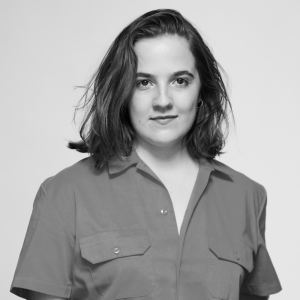 Bedelia is a groovy, disabled queer crip theatre maker, agitator, actor, dancer, and singer. Bedelia is Artist in Residence at PYT Fairfield, and is a recipient of the Bundanon Trust Artist in Residence Program. Previously mentored by Anthea Williams, and presently mentored by Felicity Nicol, Bedelia is working crip time with her deaf twin Jeremy on their multidisciplinary work, Collision, exploring the intersections of queerness, disability and deafness. Intertwining with her artistic practice, Bedelia works in spheres that align with her focus on social agitation, community, reclaiming space and story sovereignty through SYNC Leadership, Front and Centre Leadership Program, CYDA, and Accessible Arts (where Bedelia trains organisations in all things Access and Inclusion). Currently, Bedelia is a collaborator in Riana Head-Toussaint’s work, Animate Loading, recently performed at Pari and soon to remount at Casula Powerhouse. Later in the year, Bedelia will be at Performance Space for her Createability Internship, and returning to DirtyFeet’s Emerging Makers program. In her spare time, you can spy Bedelia singing and creating with The House That Dan Built, and Future Makers with Dance Makers Collective. 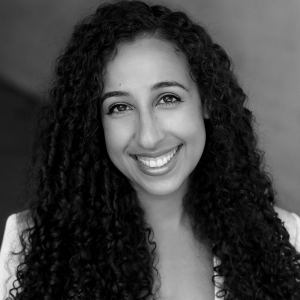 Bernadette Fam is a multidisciplinary theatremaker working across writing, dramaturgy, directing and creative producing. As an artist, Bernadette is passionate about exploring the intricacies of identity, belonging and cultural connection in Australia’s current socio-economic landscape. Her writing and spoken word poetry credits include: Mother (Commission for the Annual Youth Theatre Festival—Q Theatre), Fight or Flight (Intersection: Beat—ATYP), Float (Juxta) and currently she is in development on a multi-writer project with Co-Curious/Belvoir. Bernadette has performed her spoken word at many poetry slams and evenings including Bankstown Poetry Slam and Revolution Renegade. As dramaturg, Bernadette has worked with a range of companies including but not limited to: Sydney Chamber Opera, Poetry in Action, PYT Fairfield, Critical Stages Touring, Green Door Theatre Company, Rogue Projects and Antipodes Theatre. She recently directed Chewing Gum Dreams for Green Door Theatre Company/Red Line Productions at the Old Fitz. She is currently a Literary Associate for Belvoir Theatre Company/Co-Curious and is a Creative Producer at Green Door Theatre Company. 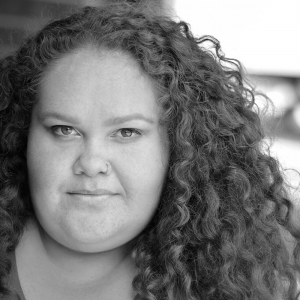 Megan Wilding is a proud descendant of the Gamilaroi Nation and has established a reputation as a prolifically talented actor, writer and director. Since graduating from WAAPA, Megan has enjoyed roles in Banging Denmark, Blackie Blackie Brown, and Blithe Spirit for Sydney Theatre Company and The Rover for Belvoir St Theatre. In 2017, she won the Balnaves Award. She wrote, performed and directed A Little Piece of Ash at KXT. Megan has assistant directed Grand Horizons for Sydney Theatre Company, and in 2021 received the Griffin Award for her play Game. Set. Match.

Since its inception in 2011, the Griffin Studio has seen 41 exceptional artists move through the program. Meet them all here.

Supporting the Studio is a three-year commitment of $5,000 annually, which can be made individually or by a syndicate of donors. Donors follow the development of artists and their work over the course of their residency and beyond. In the seven years since its inception, the Studio program has engaged 36 artists and has led to 18 professional productions. Former Studio Artists have worked at every major theatre in Australia, demonstrating the important contribution of our Studio donors.

For the first time, passionate donors can support Griffin Studio Workshop—an important extension of our beloved Griffin Studio. Support a creative, a trio of creatives, or a whole team of creatives for a work’s weeklong creative development. Learn more and donate online

To find out more, or to arrange a meeting to discuss Griffin Studio, please contact our Development Manager, Frankie Greene, on (02) 9332 1052 or email [email protected]