Bombastic, sharp, and urgent, Kill Climate Deniers is our first Main Season production of 2018. We sat down with playwright David Finnigan to chat about his many influences and what went into the writing of this audacious script. 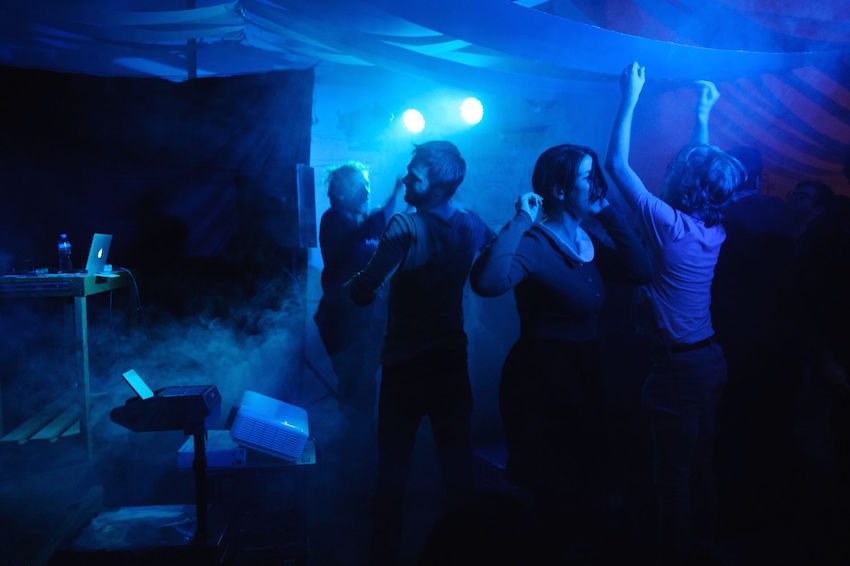 A play is a night out. It’s an evening of entertainment for people who could just as easily be at home. When I’m writing something I’m always asking myself, why would people want to be at your play rather than living it large in their house?

I think, what would make me want to come along for a night at the theatre?

The answer is usually some combination of: good music played loud, explosions, great costumes, some kind of story, dancing, knife fights, more music, and friendship. And you structure it the way you’d structure a party. It starts with a lot of talking, it builds until the dance-floor is heaving and euphoric, and it ends in a chaotic, exhausted mess.

People talk about playscripts like they’re a kind of literature. And some plays are!

My scripts tend to be more like a heated letter to the director, designer and actors, instructing them what to make, prodding and provoking them with challenges and obstacles, and distracting them with lists, asides, comments and questions.

Most of my playwriting influences are people I collaborated and experimented with—Chrism Lloyd, Adam Hadley, Nick McCorriston. Later on people like Jess Bellamy, Declan Greene and Nakkiah Lui for their melt-it-all-down approach to genre. 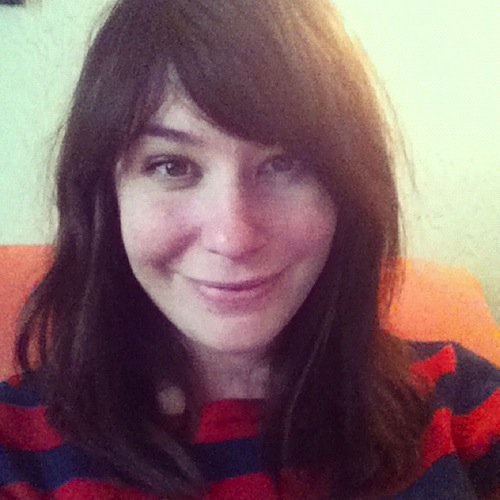 I was reading a lot of Anne Boyer while writing Kill Climate Deniers (and before, and after—always read Anne Boyer). She’s a US poet, one of the wellsprings, a voice I keep turning back to in my writing. I was so conscious of how her poetry is constantly contaminated by politics, how her politics is constantly contaminated by poetry, how she turns this scorching but compassionate awareness on the world and especially her own self, and I want to think some of that aesthetic made its way into my script. Or maybe I just want to tell you to go read Garments Against Women.

But I really learned to write, once you tally it all up, from Jeff Noon. When I was a teenager I devoured his sci-fi novels, then later his experiments in form—Mappalujo and Cobralingus—even (especially) his few essays on writing process, his playlists of songs that he listened to in the writing of various works. 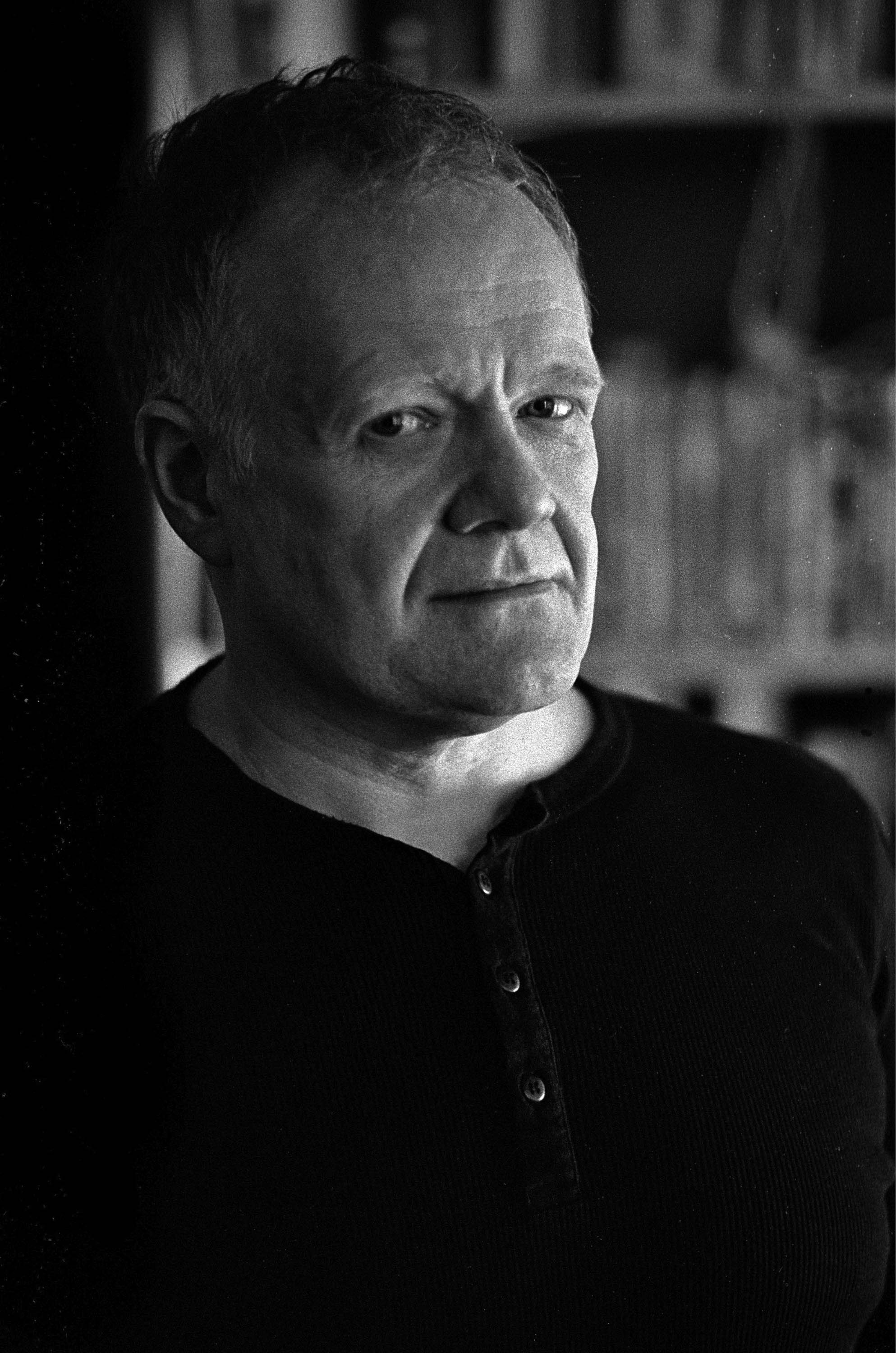 It was Noon that laid out how you might go about applying the tools and techniques of electronic music to making a written work. How you might sample, mix and remix a piece of work into being the way a DJ would lay out a live set.

In one piece of writing, Noon broke down a minimal techno record (Decks, EFX and 909 by Richie Hawtin) and showed how you could craft a written work using the same format:

“The CD consists of 38 pieces of music, with two or three records being played simultaneously. Hawtin includes a diagram on the CD’s sleeve, which depicts where each record begins and ends.

The DJ also employs the other two devices mentioned in the title, a special effects processor, and a Roland 909 drum machine. With these various elements, Hawtin produces a coherent musical narrative. I use the word “narrative” without compromise. Anybody who has enjoyed a good DJ set in a nightclub will attest to this sense of a story being unfolded through the music.

With this in mind, we could use Richie Hawtin’s CD as the template for a novel. We need to create 38 stories, which then blend into each other using the CD’s diagram as a guide. As one story comes to an end, another story, or two other stories, are mixed into it. These new stories are then carried on, until further stories are added to the mix.

Hawtin will return to the same record twice, or to a different remix of the record; we can use this technique to allow our various stories to reappear at different places in the narrative. The special effects and the drum machine elements can be interpreted in their own ways, according to the individual imagination. There are no rules, only opportunities. Above all, imagine the pleasure gained from following the various stories through the mix.”

Maybe a playscript is really actually a mixtape, a recipe for a dancefloor trip with just enough story to contextualise the heat / the energy. And Kill Climate Deniers especially is wired straight from those late-80s / early-90s House and Techno tracks where snippets of movie dialogue or spoken word are sampled and dropped in to shape the mood.

This was such a focus in the development of the script that it led to DJ/producer Reuben Ingall and myself producing a Kill Climate Deniers album for Clan Analogue. The record is straight techno bangers in the vein of classic rave circa 1988-92, overlaid with samples from the play. (Listen to the record on Spotify if you like, or try Music to Shoot Climate Activists To for a taster.) 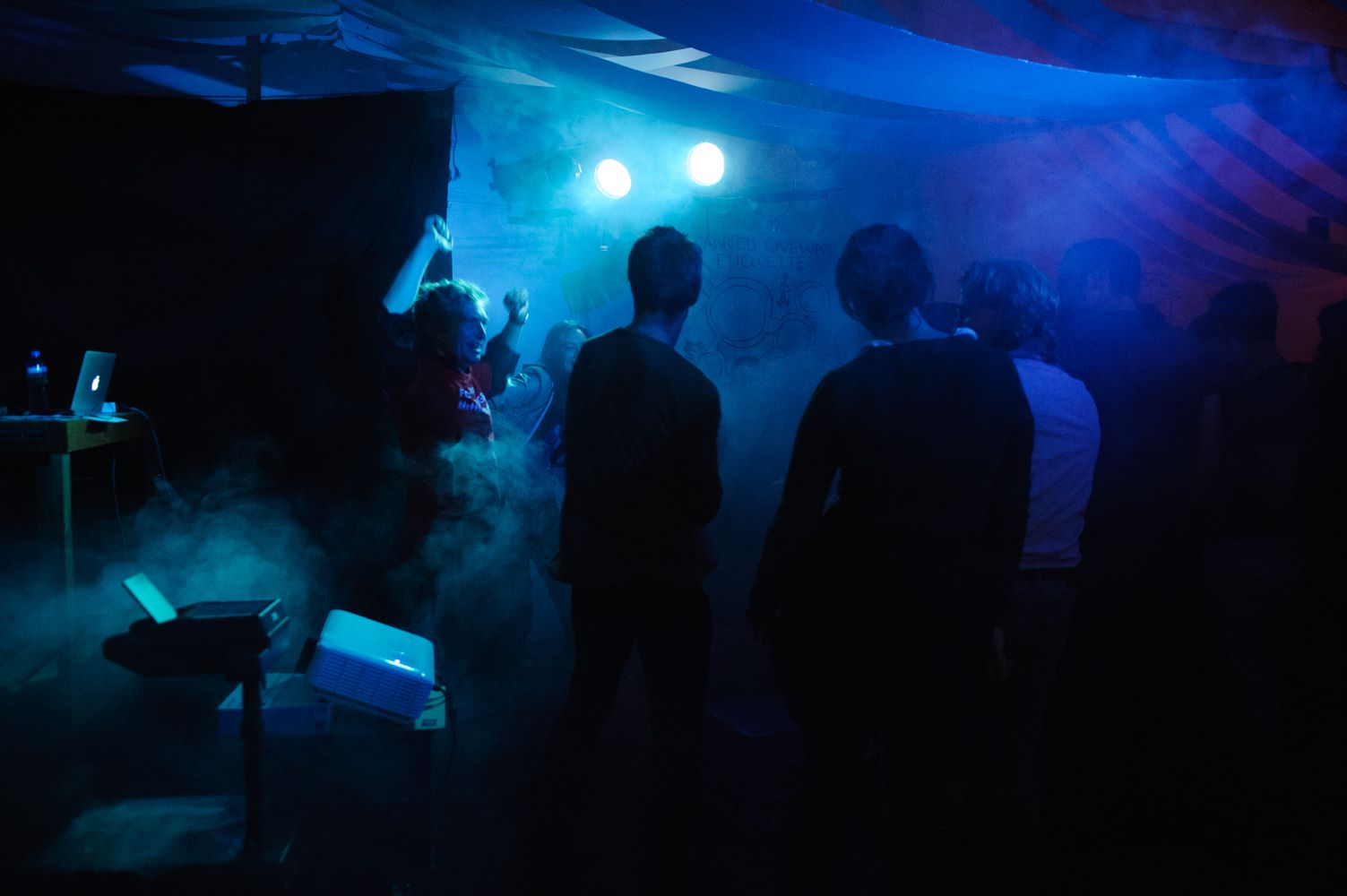 So: take the overloaded-night-out-party aesthetic, blurt out years of fury and despair at the absurd collision between climate science and Australian federal politics, and weave it together like it’s a DJ set from 1992: that’s the script.

But that’s just the start. Then Lee and the other creatives take that script and a playlist of outstanding dance music into the rehearsal room, and burn the whole thing down until it’s a live experience. I don’t know how they’re going to do it but I’m excited, worried, charged with that nervous euphoria rush.