A play within a play, an action film inside a documentary, a satire inside a rave. Come join the party.

“Because revolution is better at night.”

What would it actually take to stop climate change dead in its tracks? Guns? Revolution? A pumping soundtrack?

Kill Climate Deniers centres on a militant cell of eco-activists that takes the audience hostage during a concert at Parliament House. Led by charismatic spokeswoman Catch, they demand Australia immediately cease all carbon emissions and coal exports—or they’ll start executing their 1,700 hostages.

But they’re not the only ones to take the title literally. Between scenes of bloody action and banging ’90s tunes, writer David Finnigan discusses the outrage the play’s title provoked from Andrew Bolt and his cabal of conservative bloggers. The original production was shut down in the ensuing shitstorm, leading Finnigan to eventually fold the scandal into the play.

Lee Lewis will direct this controversial take on the climate change ‘debate’ in Australia. It’s a play within a play, an action film inside a documentary, a satire inside a rave. It is the kind of play the major theatre companies can’t put on. It’s why Griffin exists.

It’s Kill Bill meets Tim Flannery, and it’s all true. The science is real. The media fracas is real. Only the blood is fake. No one dies…at least, not yet. Come join the party.

Warnings
This show contains the use of haze, strobe and loud sound effects. 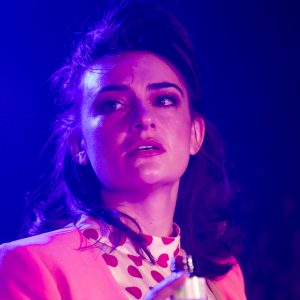 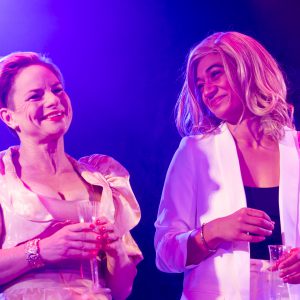 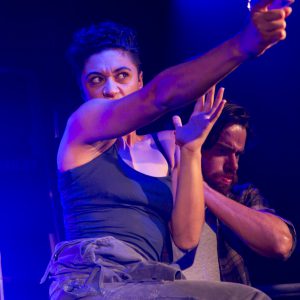 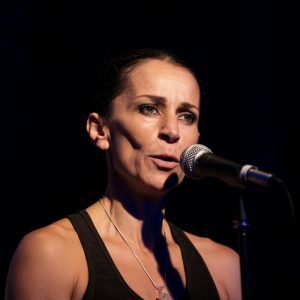 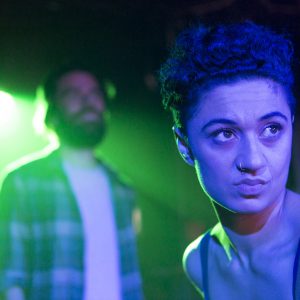 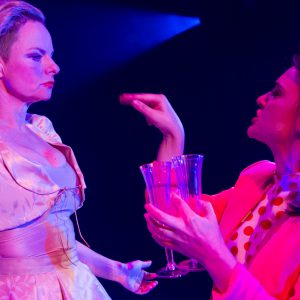 “How does the ACT government justify spending taxpayers’ money on a theatre work entitled Kill Climate Deniers?” he wrote. “What sane government donates to a project urging others to kill fellow citizens, even as a ‘joke’?”

Others decried it too, sight unseen. Climate sceptic and writer Don Aitken blogged about it and the ACT Shadow Arts Minister, Brendan Smyth, condemned the funding body for the decision.

In denial
David Finnigan says that he, in fact, is a ‘climate denier’ himself:

“Far more prevalent than full-blown climate deniers—and ultimately far more dangerous—are what Jonathan Rowson has described as ‘stealth deniers’, those who accept the scientific evidence of climate change, but who take no direct action or plan anything in their life based on the fact. I’m not preparing for a future in which the strength and frequency of droughts, heatwaves and bushfires escalates year after year. If you say you believe in something but don’t act on it, do you really believe in it?”

What’s the point?
Kill Climate Deniers is an angry, energised response to the climate change ‘debate’ and its hyberbolic title was an intentional move by Finnigan. He acknowledges that some people might find it offensive:

“Upsetting and offending people might be collateral damage on the way to making a bigger point. In any case where people are being offended by an artwork we need to weigh up the costs and benefits of the work—is the content and the point that the artwork is making worth the cost of upsetting and outraging this group of people?”

We would like to stress that this play is satirical and in no way constitutes a threat or act of terror. We encourage you to come and see the work yourself, and then tell us what you think—love, hate or otherwise. And if you want to ask us anything about the production, contact us at [email protected]

“…a highly inventive production – a fast and furious eco-satire, with rapid-fire gags, clever staging and one of the best soundtracks to reach a Sydney stage. ” ★★★★ Joyce Morgan, Sydney Morning Herald

“We don’t often get to see direct political comedy on our stages, or plays that marry the silly with the deeply urgent, and Kill Climate Deniers hits that sweet-spot, filling a Sydney theatre void you may not have realised was empty in the first place.” ★★★★ Cassie Tongue, Time Out

“…brilliantly mischievous and multi-layered…There’s no way you could put ­together a spectacular large-scale action drama on the tiny Griffin stage, right? Wrong. They do.” John McCallum, The Australian

“…an audacious and often hilarious enterprise that may upset and offend in order to make a whole range of people stop and think and take a good hard look at themselves. In that alone it’s remarkable and as an entertainment, it’s a most ridiculous and ridiculously clever script and production.” Diana Simmonds, StageNoise

“Director Lee Lewis brings a wildness to proceedings that captivate with a caustic energy…the experience it provides is unforgettably exhilarating. It is theatre that grabs you and throws you around, impressive in its inexhaustible capacity to keep us fascinated.” Suzy Wrong, Suzy Goes See

“You can see the years of hard sweat and tears that have gone into the show. It was well worth it.” Frank Hatherley, Stage Whispers

If you’ve seen the play, we would love to hear your thoughts on Kill Climate Deniers. To keep the conversation flowing, we’ll be posting any considered feedback and comments we receive onto our blog. To join the discussion simply email your observations...

If you’re interested in delving deeper into some of the ideas and topics presented in Kill Climate Deniers, here’s some quick reference material for you courtesy of the playwright David Finnigan. Geoengineering The research and discussions around Solar Radiation Management are...

Bombastic, sharp, and urgent, Kill Climate Deniers is our first Main Season production of 2018. We sat down with playwright David Finnigan to chat about his many influences and what went into the writing of this audacious script. Image by Sarah Walker... 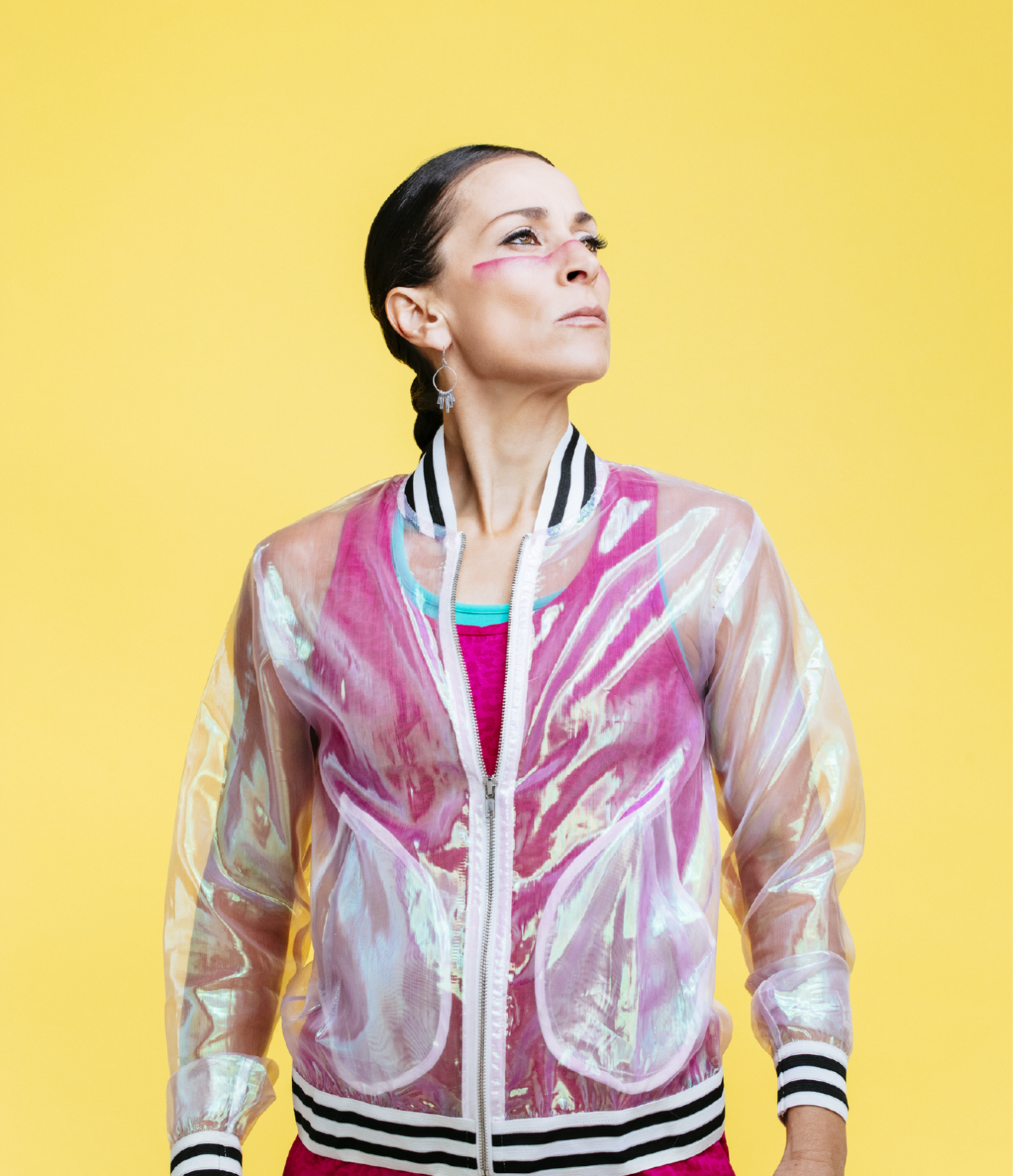