HAVE YOUR SAY IN THE FUTURE OF AUSTRALIAN PLAYWRITING.

Welcome to The Lysicrates Prize 2020—a competition that showcases some of Australia’s most exciting playwriting talent.

Playwrights submit the first act of a new play for the prize, to be assessed by a team of  professional readers.

The three finalists receive a week’s rehearsal with a professional director and cast, before a staged reading is held in front of a live audience at the Sydney Conservatorium of Music.

The audience will decide on the winning playwright, who will receive a full commission to finish their play.

This year’s finalists are:

Join us at the Sydney Conservatorium of Music and have your say in the future of Australian playwriting! This event is free, but registration is essential.

Venue: Sydney Conservatorium of Music, Verbrugghen Hall
This event is free, but registration is essential

After the staged reading the winner of the 2020 prize will be revealed in the Royal Botanic Garden, Sydney. All guests are welcome to attend, it will be a 10-minute walk from the venue, and you can download a map of the walk here.

Brooke Robinson
Brooke is a playwright from Sydney, currently based in London. Her credits as a playwright include: for Griffin Theatre Company and Bunker Theatre: Good Cook. Friendly. Clean.; for Red Line Productions: The Telescope; for Tamarama Rock Surfers: Animal/People; for Old 505 Theatre and The Sub Station: Dangerous Lenses. Brooke is a graduate of ATYP’s Fresh Ink National Mentoring Program, Stephen Jeffreys’ invitational writers group at the Royal Academy of Dramatic Art (London), and is a current member of The Criterion Theatre’s invitational West End writers group, led by Greg Mosse. She was one of six artists to be commissioned for Imagine 2037, the imaginary theatre festival for the British Council’s 20th Anniversary Edinburgh Festival Showcase, and was shortlisted for Matthew Warchus’ inaugural Old Vic 12 playwriting commission at the Old Vic Theatre in London. Good Cook. Friendly. Clean. was shortlisted for the 2017 Griffin Award and was read at London’s Bunker Theatre as part of the Damsel Women Directors’ Festival. 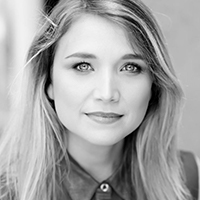 Katy Warner
A graduate of the Victorian College of the Arts (University of Melbourne) she received a Master of Writing for Performance in 2012. Katie is an AWGIE winner (Best Children’s Theatre for Reasons to Stay Inside), recipient of the Melbourne Fringe Award for Best Emerging Writer (These are the isolate) and two-time nominee for a Victorian Green Room Award for New Writing (Spencer and A Prudent Man). Other works include Dropped (published by Playlab), nest (Vault Festival, London), Paper Doll (The Old Fitz Theatre, Sydney) and K (a work in progress for Melbourne Theatre Company’s Cybec Electric readings). Her fiction has received the Rachel Furnai Prize for Literature (Lip Magazine), the Overland Magazine’s Neilma Sidney Short Story Prize, and has appeared in Overland Magazine and in the Best Summer Stories anthology (Black Inc. Books). Her debut young adult novel, Everywhere Everything Everyone, was published in 2019 by Hardie Grant Egmont. She is a proud member of the Australian Writers’ Guild. 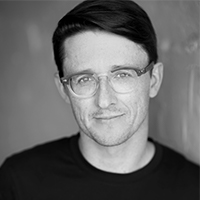 Matthew Whittet
Matthew is an actor, writer and dramaturg who has worked extensively in theatre, film and television. Matt has performed across Australia and abroad with directors such as Lee Lewis, Neil Armfield, Barrie Kosky, Benedict Andrews, Rosemary Myers and Lucy Guerin. As an actor, Matt is currently performing in Griffin Theatre Company’s First Love is the Revolution, and recently in Sydney Theatre Company’s Mary Stewart and Squabbalogic’s The Dismissal. His recent television credits include ABC’s The Letdown, and Lingo Picture’s Upright. His film credits include Girl Asleep, The Great Gatsby, Australia, Moulin Rouge and The Nightingale. As a writer, Matt’s plays include the upcoming Kindness (Griffin), Seventeen (Lyric Hammersmith and Belvoir), Girl Asleep (Windmill and Belvoir), Cinderella, Old Man, Silver (Belvoir), School Dance, Fugitive, Big Bad Wolf (Windmill), Fight With All Your Might The Zombies of Tonight (ATYP) and Harbinger (Brink). Matt also wrote the feature film adaptation of Girl Asleep which opened the Generation 14+ programme at the 2016 Berlinale. He has been dramaturg on numerous productions including Secret River, The Maids (STC), Motion Picture (Lucy Guerin) and King Lear (National Theatre of Iceland).