"My first thought was, 'That's not Laura, not my Laura.'"

Tales of missing children have always held a terrible fascination.

Celtic folklore chilled the bones of many a superstitious new mother with stories of babies stolen from their beds by envious fairies, changelings left in their place. These days, when a child disappears the media grabs us by the throat and won’t let us go. These disappearances haunt us for days, weeks, years.

A couple are reunited with their missing daughter. Fierce love has sustained them through her unbearable absence. But now she’s home…something just isn’t right. How do they stop their imaginations running wild? Maybe if they return to the beach house where they spent their happiest summers, they’ll return to their old selves.

Revisiting the sinister territories of Wolf Lullaby, Splinter reunites Bell’s supreme atmospherics with another powerhouse performance from sister, Lucy (Speaking in Tongues, Dreams in White) as a mother forced to confront the unthinkable. Directed by Lee Lewis and starring Lucy Bell and Simon Gleeson, this claustrophobic chamber piece questions how well we know our families. Up close and intimate in the Stables, there’s nowhere to hide.

Warning
This production contains the use of theatrical haze.

Running Time
90 minutes with no interval 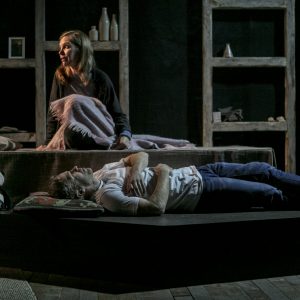 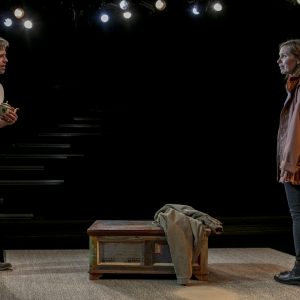 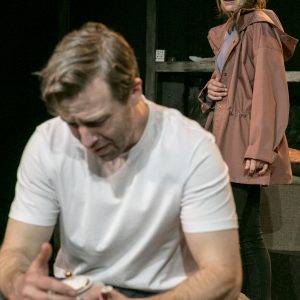 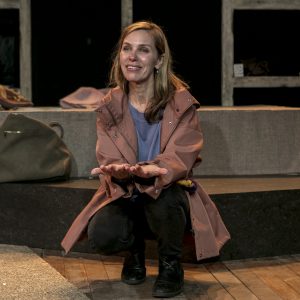 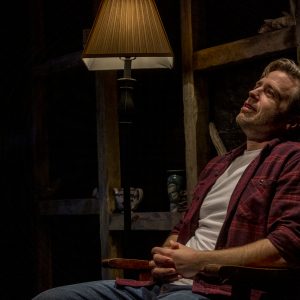 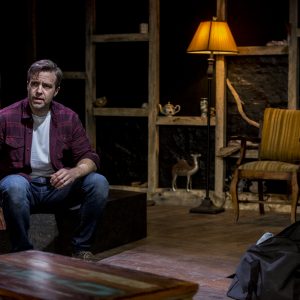 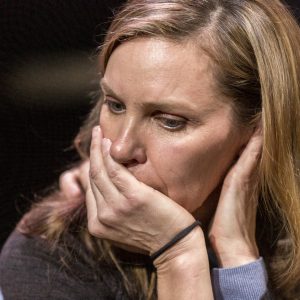 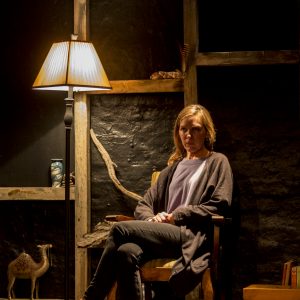 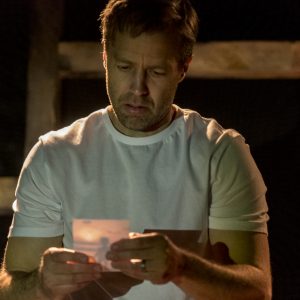 “Two superb performances, led by the playwright’s sister Lucy Bell, draw the audience deep into a labyrinth where there are no easy answers…Recommended without reservation.” ★★★★ Diana Simmonds, Stage Noise

“Lewis has drawn wonderfully febrile performances from the two excellent actors and there are little moments where the disquiet really is palpable.” Jo Liston, Limelight

“This production is replete with brilliant tech and design, also with performances that touch the wishful and fearful of the human psyche.  Not just giving rise to the question of how we believe we would respond but whether, and what, we believe in beyond what we see.” Reviews by Judith

Open
The family that makes plays together stays togethe

Open
Simon Gleeson in rehearsal for ‘Splinter’ by H

Open
Lucy Bell inside the rehearsal room for ‘Splinte

Open
Rehearsals for Hilary Bell's 'Splinter' are well u

Open
The family that makes plays together stays togethe

Open
Simon Gleeson in rehearsal for ‘Splinter’ by H

Open
Lucy Bell inside the rehearsal room for ‘Splinte

Open
Rehearsals for Hilary Bell's 'Splinter' are well u