An evening of sneak peeks, works in progress and outright theatrical experiments!

Griffin Scratch is back in 2020 with an eclectic array of writers, performance makers and theatrical marvels. We’re inviting a new collection of exciting artists to the Stables to present snippets of bold, challenging and ambitious ideas for the stage over four nights across the year.

Join us on Friday 28 February after the performance of Family Values for a glimpse of early drafts, ideas in development and outright experiments.

It’s free so all you need to do is register yourself a spot, turn up and buckle up for an adventure with a Four Pillars gin (or two) in hand. We’ll see you there. 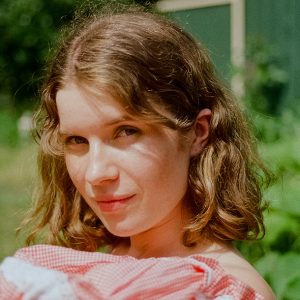 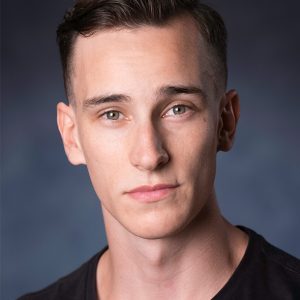 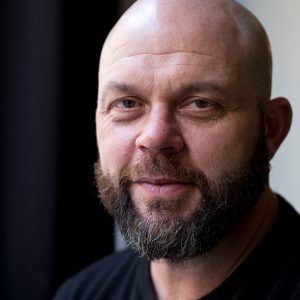 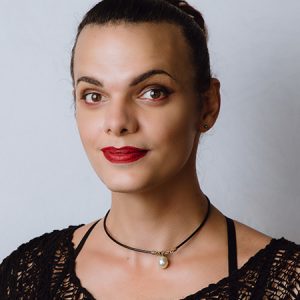 Joseph’s writing and directing credits include: for ATYP: Light on Water (part of Intersection: Chrysalis); for Melbourne Fringe: You Walk Away; for Monash Shakespeare Company: A Midsummer Night’s Dream; for MUST: Tensions: Curated Works; for MUST and La Mama: Tuck in the Corners; and for Old 505 Theatre: Love, Me and When We Get Here. In 2016, Joseph completed his Master of Fine Arts (Writing for Performance) at the National Institute of Dramatic Arts. Following on, Joseph was part of ATYP’s 2017 National Studio and then in 2018, Joseph was one of four writers to be selected as part of ATYP’s Fresh Ink Mentorship program. In the same year he was also one of Old 505 Theatre’s Resident Playwrights, where he developed the play Nobody Wears Capes Anymore.

Issy Phillips is a comedian, writer and climate communicator based on Gadigal and Wangal land/Sydney. She is known for her alternative comedic style and has been described as an exciting new voice in Australian Comedy. Her debut solo sketch show ASMR Live has been critically acclaimed and performed to sell out audiences across Australia. She was named one of GQ’s three brightest millennial comics and recently gave a Ted Talk on how we can use the arts as a medium to inspire action on climate change. She is the co-founder of social enterprise Hiccup and advocates for using the arts as a medium for climate justice.

Cassie Workman is probably the most experienced newcomer to comedy in the country, owing to the fact that she previously performed under another name. She has returned to the stage after her transition and is making waves. Cassie entered the public eye after winning Triple J’s Raw Comedy national open mic competition in 2009. She performed her first full length show in the Melbourne International Comedy Festival in 2011. The show, Humans are Beautiful won ‘Best Newcomer’ that year, and toured the country, before heading to Edinburgh Fringe. In 2012 she performed her second full length show Mercy, which toured the country and the UK, and won ‘Best Comedy’ at the Adelaide Fringe. In 2013, Cassie toured the much acclaimed full length show Ave Loretta, solidifying her position as one of Australia’s leading storyteller / stand-ups, and earning her a nomination for best show (The Barry Award) at the Melbourne International Comedy Festival. After a festival hiatus in 2016, Cassie returned to the circuit in 2017, this time with a stand up show, Nothing You Do Means Anything. The show quickly achieved cult status as a subversive hit, and toured the country. Earlier in 2017, she came out as transgender, and began transitioning. After a brief absence from the stage she is now back and kicking ass. Her show Giantess debuted at Griffin’s Batch Festival, and then went onto Melbourne International Comedy Festival, Sydney Comedy Festival and London’s Soho Theatre. TV writing credits include Tractor Monkeys and Shaun Micallef’s Mad As Hell for the ABC; John Conway Tonight; and Aaron Chen Tonight for ABC2. Cassie Workman is known for her heartfelt and emotive storytelling, her incisive wit, and brutal deconstructions of the status quo. There is no other voice like hers in comedy today.

Aileen’s theatre credits include: for BodySnatchers: Gobbledygook; for Critical Stages: 4000 Miles (national tour); for Ensemble Theatre: The Big Time; for Melbourne Theatre Company: Gloria; for National Theatre of Parramatta: Flight Paths; for Performing Lines: Hello, Goodbye & Happy Birthday; and for Theatre of Image: Monkey…Journey to the West. Her television credits include: for ABC: Black Comedy 3 and Cleverman; for Network 11: Neighbours; for SBS: Better Man; and for Stan: The Commons. Her film credits include: for JoyHouse Productions: The Casting Game; and for Sony Pictures: Spin Out. Her directorial credits include: for Belvoir 25a: Skyduck: A Chinese Spy Comedy; and for NSW Education: Writers onstage/onscreen. Aileen is an acting graduate from the Western Australian Academy of Performing Arts, and also holds a Bachelor of Creative Arts in Performance from the University of Wollongong.

Alex’s theatre credits include: for An Assorted Few: The Van De Maar Papers; for ATYP: All Good Things; for ATYP and Two Peas: Drift; for Bindle Brothers and Brainstorm Productions: The Complete Works of William Shakespeare Abridged; for Monkey Baa: Possum Magic; for NIDA: Lulu: A Modern Sex Tragedy; for Seymour Centre and White Box: Blackrock; and for Sydney Festival: Alice in Wonderland. Alex’s film credits include: Metroscreen and Azure Productions’: Oasis. Alex’s production credits include: for Bindle Brothers: The Complete Works of William Shakespeare Abridged; and for Catnip Productions: The Nether. Alex holds a Bachelor of Arts (Acting for Screen and Stage) from Charles Sturt University.

Nikita’s theatre credits include: for Belvoir: The Wolves,  An Enemy of the People; for KXT and Manifesto Theatre Company): Youth & Destination; for The Old Fitz: The Wolves; and for Sydney Theatre Company: Lord of the Flies and Mosquitoes. Her feature film credits include: for Goalpost Pictures Australia: Top End Wedding; for Macquarie University: The Bystander Trials; and for New Town Films: Palm Beach; Her TV credits include: for Ambience Entertainment: Random and Whacky (Series 2); and for Netflix: The Letdown (Series 2);  Nikita has also created, written, produced and starred in the pilot episode of a TV series Your Mates. In 2020, Nikita will perform in New Ghosts Theatre’s Girl Friend for 25A Belvoir, and in Griffin Theatre Company’s Kindness. Nikita is a graduate of the National Institute of Dramatic Art, completing a Bachelor of Fine Arts in Acting in 2017.

Griffin Scratch is supported by the Malcolm Robertson Foundation and the Griffin Studio Donors.

Calling all homebodies! Hankering for a good theatrical listen while hunkered down at home? The latest episode of the Griffin Theatre Podcast has just been released! Listen to @Miss_Harbinger and @angelacatterns talk about 'Prima Facie' here: https://t.co/sgAO1dnQf9

Griffin is thrilled to announce that Nick Coyle's 'The Feather in the Web' and Meyne Wyatt's 'City of Gold' have both been shortlisted for this year's Nick Enright Prize for Playwriting! View the shortlist here: https://t.co/IfRxrdIaeI

A spot of good news: Griffin's General Auditions for 2020 are going ahead (one at a time, with plenty of hand sanitiser and social distancing of 1.5 metres, of course)! We're also extending our auditions, to see more Sydney-based actors. Apply now: https://t.co/LQvwDyOj9x

With great sadness, Declan, Karen, and the Board of Griffin Theatre Company are today announcing the temporary closure of the SBW Stables Theatre. For more information, head to the Griffin website: https://t.co/NBo1Uqd7oJ

The Griffs are thrilled to announce the shortlisted theatre practitioners of Griffin and @Create_NSW's inaugural Incubator Fellowship! To read more about the emerging practitioners and their projects, head to the Griffin website: https://t.co/1fkxaqUSoh