Katherine Thomson’s story about aspiration and reinvention is one of the great Australian plays. Set in Wollongong during the economic rationalism of the late ‘80s, Diving for Pearls remains startlingly relevant—the political decisions of that time planted the seeds of divide we continue to witness between those with opportunity, and those without.

With the town she grew up in changing all around her, Barbara is determined to change with it. Dreaming of a way out, she sets her sights on landing a job at one of the new resorts popping up all over town. Meanwhile, her partner Den is having change forced upon him. The steelworks he’s worked at his whole life has been sold and Den must reinvent himself to survive. The arrival of Barbara’s daughter, Verge, just might be the thing that tips Barbara and Den over the edge.

Helpmann Award-winning actor, the great Ursula Yovich stars as Barbara, a character as significant in the history of Australian theatre as Willy Loman is in America’s.

“Katherine Thomson is one of the best writers in the country – it is a real honour to have her words back on the Stables stage.” – Lee Lewis 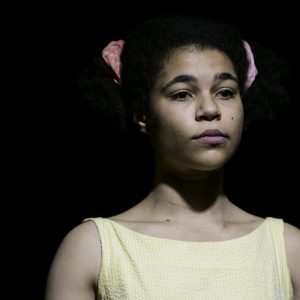 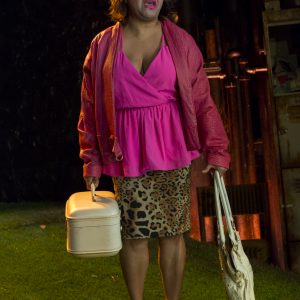 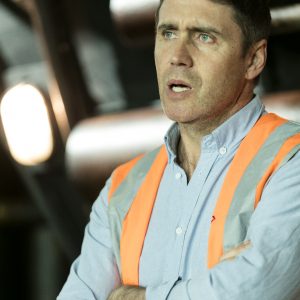 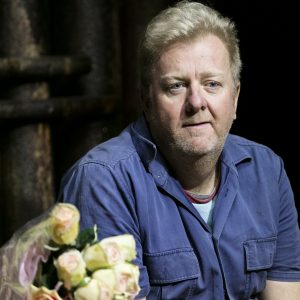 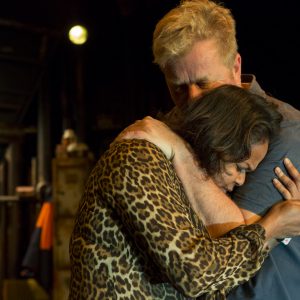 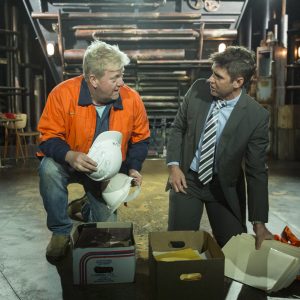 Lee Lewis on Diving for Pearls

Ebony Vagulans on Diving for Pearls

Steve Rodgers and Ursula Yovich on Diving for Pearls

“This play is a classic for a reason: it captures a truth of regional struggle and treats it with respect and concern. It’s a play for anyone with a social conscience…”  ★★★★ Cassie Tongue, Time Out Sydney

“If you’ve ever read it or studied it, you’ll know Diving for Pearls is one of those plays that leaps off the page. This production has it shaking you by the shoulders.” ★★★★ Jason Blake, Sydney Morning Herald

“Ursula Yovich and Steve Rodgers are perfectly matched as Barbara and Den: both completely fearless actors unafraid to show us their characters’ vulnerabilities and ugliness.” ★★★★ Ben Neutza, Daily Review

“It’s hard to think of two actors who could play Barbara and Den better than Yovich and Rodgers. Thomson has written the characters with great tenderness but absolutely no sentimentality, and Yovich and Rodgers bring them to beautiful life, warts and all.” ★★★★ Jo Litson, Limelight Magazine

In Conversation with Katherine Thomson

First up, it was a great honour when Lee Lewis approached me about producing Diving for Pearls for Griffin, particularly so when the entire season was announced and I saw what fine company my play would be in.  I was...