In Conversation with Katherine Thomson 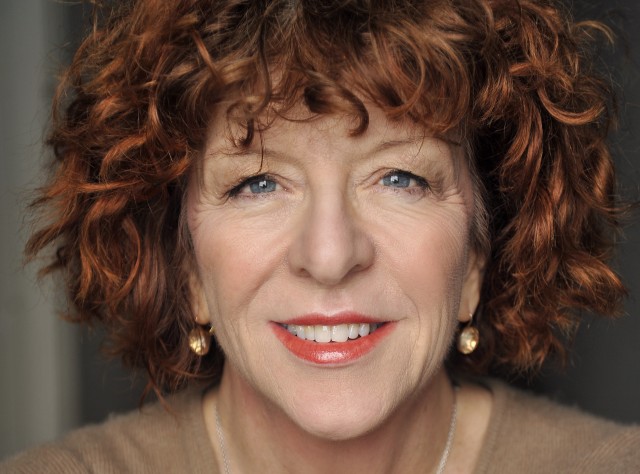 First up, it was a great honour when Lee Lewis approached me about producing Diving for Pearls for Griffin, particularly so when the entire season was announced and I saw what fine company my play would be in.  I was particularly pleased that my good friend Darren Yap agreed to direct, no surprise to me that he has gathered such a terrific cast.

I saw a run of the play for the first time in the rehearsal rooms last week, just before they were about to pack up and bump into the Stables, and was very humbled by the talent and commitment of cast, crew and Mr Yap. We’re in good hands.

When Darren and I got together earlier this year to talk about the play, it had been a few years since I’d heard the play read, and even longer since I’d seen it performed. I wondered if there were any holes in the dialogue or structure that could do with patching up, particularly as Currency is bringing out a new edition of the play.

One warm morning in my backyard I read the play out loud — yes, playing all characters — to Darren (and Max Lambert and Roger Lock) — something I’ve often done with directors. Never to the actors though! This revealed some changes I needed to make, particularly for the character of Ron. As fate would have it, Jack Finsterer who plays Ron in this production also works in the corporate world as a consultant. Needless to say I nabbed him and he and I workshopped various changes over a series of phone calls; thanks to Jack for his support and time.

Revisiting this play is a rather loaded experience, stark reminders of personal and political impulses I had at the time of writing. By the late 80’s I’d written four plays, all commissioned and performed by various theatre companies and Max Lambert and I had just had a success at the STC with Darlinghurst Nights, an adaptation of Kenneth Slessor’s verse. I decided next up I wanted to write ‘a play of my own. ’

The personal impulses for writing are buried in the play and should stay there, but the political impulses might be of interest. Throughout my childhood I’d visited Wollongong often to visit relatives (and talk politics from an early age with my coal miner uncle, Kevin Timbs)  and then was fortunate to be hired by Des David for the inaugural season of Theatre South, Wollongong’s first professional theatre company. I stayed with the company for three years performing in a wide variety  of classics and contemporary plays. While there I wrote A Change in the Weather (a two hander for Faye Davis and myself about women at work in Wollongong) and also Tonight We Anchor in Twofold Bay which ended up at the Wharf thanks to James Waites coming to Bega to review it, and Richard Wherett for taking a punt.

Then in the late 80’s as I tried to get away from barmaid and cleaning work to supplement my living, I became a researcher for an ABC documentary about Wollongong. Fortunately for me the director decided to go in a different direction to what I thought was important, I lost my job but I snaffled back my research and used the contacts I had in Wollongong to start developing my play.

What had galvanized me was that shell-shock BHP had created with its threat to abandon its steelworks in Wollongong, with scant regard for the workforce it had set up there to serve its years of operation.

I applied for and received a small grant from the Australia Council — such a great boost — and remember telling a dear friend that I was going to take time off any paid jobs to write a piece of theatre about micro-economic reform. He took in the news and replied, “Well all I can say is that I’ve always preferred a comedy myself.” We were in the Hawke-Keating years: some inspiring and overdue economic reform, which also opened the flood-gates for the selling off of state-owned assets.

As I began to write the play, BHP re-committed to Wollongong but over in Fremantle, the people of W.A lost its State Engineering Works (home of the stump jump plough) to privatisation. All was not lost, the land was cleaned up and they gained an apartment development with water views.

Of course, we know now that this was the beginning of the privatisation decades, and while some sell-offs of government assets have seemed timely and logical, it becomes increasingly obvious that bankers rather than citizenry are the beneficiaries.  There was a time when child-care was the province of local government, the profits if there were any were returned to council; when the concept ‘private prisons’ seemed an absurdity; when there was a structure called the  Commonwealth Employment Service which was tasked with finding jobs for people. Now the unemployed are put into the hands of private companies making their fortunes from this endeavour, over with which the unemployed increasingly seem to have scant redress.

So Diving for Pearls opened at the MTC in 1991, directed by Ros Horin who had shepherded the play through Playworks which had been set up by Ros in 1985 to develop women playwrights.  I had chosen Paul Thompson (then at AFTRS) as my dramaturg for the development, he also led me to Elvis Costello’s song Shipbuiding which is where I found the title.

The relationship with Paul Thompson then continued into other plays commissioned by Robyn Nevin in her various Artistic Director positions, and indeed continues to this day as co-writers on a feature film project.

Diving for Pearls has attracted wonderful directors, actors and audiences over the years.  It’s been a privilege to talk to students in schools and universities who are studying the play, I’m proud of having made those curriculum lists over the years.  Perhaps I should have sold some essays on the side.

I wish the play wasn’t still relevant, but it seems it is. I’ll finish off this blog with a quote I came across recently from The Conversation, ‘Victorian budget splash raises questions about privatisation’ by David Hayward (May 3 2017):

It is quite striking that in the case of Victoria – Australia’s most ardent privatiser over the last three decades – there is no evidence of user charges falling, or government spending abating. This is what you’d expect were the privatisers to deliver the promised efficiency gains. In the case of public transport we know that the state is now spending more today than was the case under inefficient public ownership.
The one difference is that these days the private owners of Victoria’s infrastructure tend to be overseas owned, and in the case of energy, increasingly from China. The metropolitan trains are run by a company from Hong Kong, the trams, one fifth of the metropolitan buses and the massive desalination plant by firms from France, and about 40% of prisons by an American corrections company. Profits from taxpayer payments are repatriated overseas in a nice little twist that sees privatisation down under contributing to globalisation on top.