50 Years of the Stables

2020 marks the 50th birthday of Griffin’s home, the Stables Theatre. We will be celebrating all year long with a range of special programs and events that we hope you’ll love!

Play Readings
Revisit seminal works from the Stables’ 50 year canon. This series of rehearsed play readings across 2020 will celebrate important Australian works, many of which made their debut on the Stables stage. Read more in the dropdown below.

Stables Archive
Austage and Griffin are teaming up to build a complete online archival record of every show ever performed at the Stables. This will be your encyclopaedic one-stop-shop for information on playwrights, productions, performers and creatives.

Griffin will be presenting a series of rehearsed readings of plays from the Stables’ 50 year canon on Sundays throughout 2020. These readings will be brought to life by some of Australia’s finest directors, with several original cast members reprising their iconic roles.

After each reading, John McCallum, former Griffin Script Club captain and theatre reviewer for the Australian will lead a Q&A with the creatives involved in each reading.

The final play reading will be performed live at the Reginald Theatre, Seymour Centre (NOT at the Stables Theatre). If there are any changes to this plan, you’ll be updated as soon as possible.

The readings are free to attend, but registration is essential to secure your spot:

A Hard God by Peter Kenna, Sunday 9 February 2020, 5pm
The Story of the Miracles at Cookie’s Table by Wesley Enoch, Sunday 22 November, 5pm at the Reginald Theatre, Seymour Centre

Sadly, due to COVID-19, we are no longer able to present the readings of The Falls by Hilary Bell, Mr Bailey’s Minder by Debra Oswald, or Kafka Dances by Timothy Daly.

Search for Griffin Theatre Podcast wherever you like to listen, or subscribe through Spotify and Apple Podcasts.

Episode One: In the Beginning
With Ron Blair, Lillian Horler and Anna Volska
Read the episode transcript

In 1970, a passionate group of indie theatre-makers got hold of a run-down Kings Cross building and turned it into a theatre. Hear about how the legendary founders of the space made the Stables Theatre the nexus of Australian plays.

Stables stage regular Sheridan Harbridge joins Angela Catterns for the second episode of our 50 Years of the Stables podcast series, Going Solo. Many of you saw and loved Prima Facie by Suzie Miller at Griffin in 2019; now it’s your opportunity to hear Sheridan explain what it was like to be a solo actor delivering the gripping one-woman show night after night in the intimate Stables space.

Some core members of the original team share how Gordon Graham’s visceral, dangerous Australian play The Boys was brought to life. They recount the explosive response it elicited, and unpack how and why it became a theatrical hit.

Two industry greats and Grif-faves, Wesley Enoch and Meyne Wyatt, discuss playwriting, the power of the unfiltered indigenous voice, and ​the Stables Theatre’s role as the national beacon of intimate storytelling.

What’s the key to captaining a new writing theatre and flourishing as a trailblazer in the Australian theatre landscape? Former Artistic Director Lee Lewis and Executive Director and CEO Karen Rodgers discuss the excitement of a brand new play, as well as the risks, rewards, and the adventurous audiences of the magical Stables Theatre.

From being babysat by the Stables’s next door neighbours, to witnessing rowdy post-show parties in the street, hear stories from artists Sacha Horler, Lucy Bell and Hilary Bell, who grew up in and around the Stables, and followed in their parents’ theatre-making footsteps.

In this episode of the 50 Years of the Stables podcast series, Australian theatre stalwart Paul Capsis talks Angela’s Kitchen, and reveals the emotional perils of writing and performing the deeply personal story of his family and his Maltese roots.

When she was Griffin’s Artistic Director, Ros Horin decisively re-established the Stables Theatre as a home for new Australian plays. Just a small part of her legacy was to program Andrew Bovell’s smash-hit play Speaking in Tongues in 1996, which marked a revolution in Australian playwriting. Hear about how the two collaborated to produce the astounding Speaking in Tongues for the Stables Theatre, which later became the hit film Lantana.

They are the masters of problem-solving, schedule-writing, secret-keeping, energy-reading, and show-running… And at a quirky theatre like the Stables, they take on all manner of other unexpected roles! Go behind the scenes with three of Griffin’s favourite Stage Managers in this episode of the 50 Years of the Stables podcast series.

Episode 10: Writing from the Heart
With David Berthold and Tommy Murphy
Read the episode transcript

Director David Berthold and playwright Tommy Murphy discuss the pressures of adapting Timothy Conigrave’s beautiful memoir Holding the Man for the Stables stage, the deep emotional currency that the piece holds, and their interactions with Timothy’s family in the process.

Episode Eleven: Back from the Brink
With Peter Kingston and Bill Eggerking

In 1985, the Stables Theatre was put up for sale, sparking fear that the home of Australian storytelling would lost. Griffin Theatre Company’s inaugural Artistic Director Peter Kingston and administrator at the time, Bill Eggerking, tell the remarkable story of how retired psychiatrist and Kings Cross local Dr Rodney Seaborn bought the building and saved the venue. A ‘guardian angel’ of Sydney theatre, he created the Seaborn, Broughton & Walford Foundation, which not only lends its name to the SBW Stables Theatre, but has continually provided philanthropic support to the performing arts in Australia.

Fresh off the back of launching his first ever season at Griffin, here’s your chance to get to know our new Artistic Director Declan Greene. From his first foray on the SBW Stables stage through to his vision for Griffin’s future, Declan tells us why he wouldn’t want to run any other theatre company, and what’s exciting him artistically as the Stables launches into its next 50 years.

The 50 Years of the Stables podcast series was produced by Margaret Murphy, hosted by Angela Catterns and recorded & edited by Diamantina Media Group.

We sat down with some of the cast members of David Williamson’s Family Values to ask them about their memories of the Stables—Andrew McFarlane remembers Mel Gibson climbing through a stage window!

50 years ago, a group of young Australian theatremakers carved out a space in Sydney for the Australian voice to grow—the Stables Theatre. Would you believe you have been coming up the hill to this gorgeous little theatre for 50...

If you’re interested in discovering more about the history of the past 50 years of the SBW Stables Theatre, here are a few great places to start!

Australian Plays: Nimrod 50
Our friends at Australian Plays have launched Nimrod 50, a brand new collection of historic plays celebrating Nimrod Theatre Company’s 50th anniversary, digitally published for the first time ever! The collection shines a spotlight on some of Australia’s most celebrated writers, including Alma De Groen, Louis Nowra, Robyn Archer, Ken Horler and Alex Buzo, with most of the plays enjoying their premiere production at our beloved Stables Theatre. The Nimrod 50 collection is a wonderful companion to our #50YearsOfTheStables celebrations, so start exploring now!

Book: Griffin Rising
John Senczuk, an early member and previous chair of Griffin Theatre Company, and theatre creative, has used his first-hand experience, interviews and research to compile a history of the foundational years of the Company in his new book, titled Griffin Rising. Launched at the Stables Theatre in December 2019, the book about the first decade of Griffin can be purchased online via Janus Entertainment.

Website, Library and Archives: SBW Foundation
The Seaborn, Broughton & Walford Foundation was founded in 1986 in response to an appeal from Griffin Theatre Company to save the historic Stables Theatre in Kings Cross. The Foundation purchased the theatre and formed a charitable organisation to benefit the Australian Performing Arts, and thanks to their support and generosity, Griffin Theatre Company has performed rent free (less outgoings) at the SBW Stables Theatre ever since. Find out more

Book: See How It Runs: Nimrod and the New Wave
Julian Meyrick’s book about the New Wave of Australian theatre naturally features the Stables Theatre as a foundational space for this movement—from its origin, it has been the place to find fresh, hot, energetic theatre that has championed Australian voices and spoken directly to Australian audiences. Find out more

This project has been assisted by the Australian Government and by the NSW Government through Create NSW. 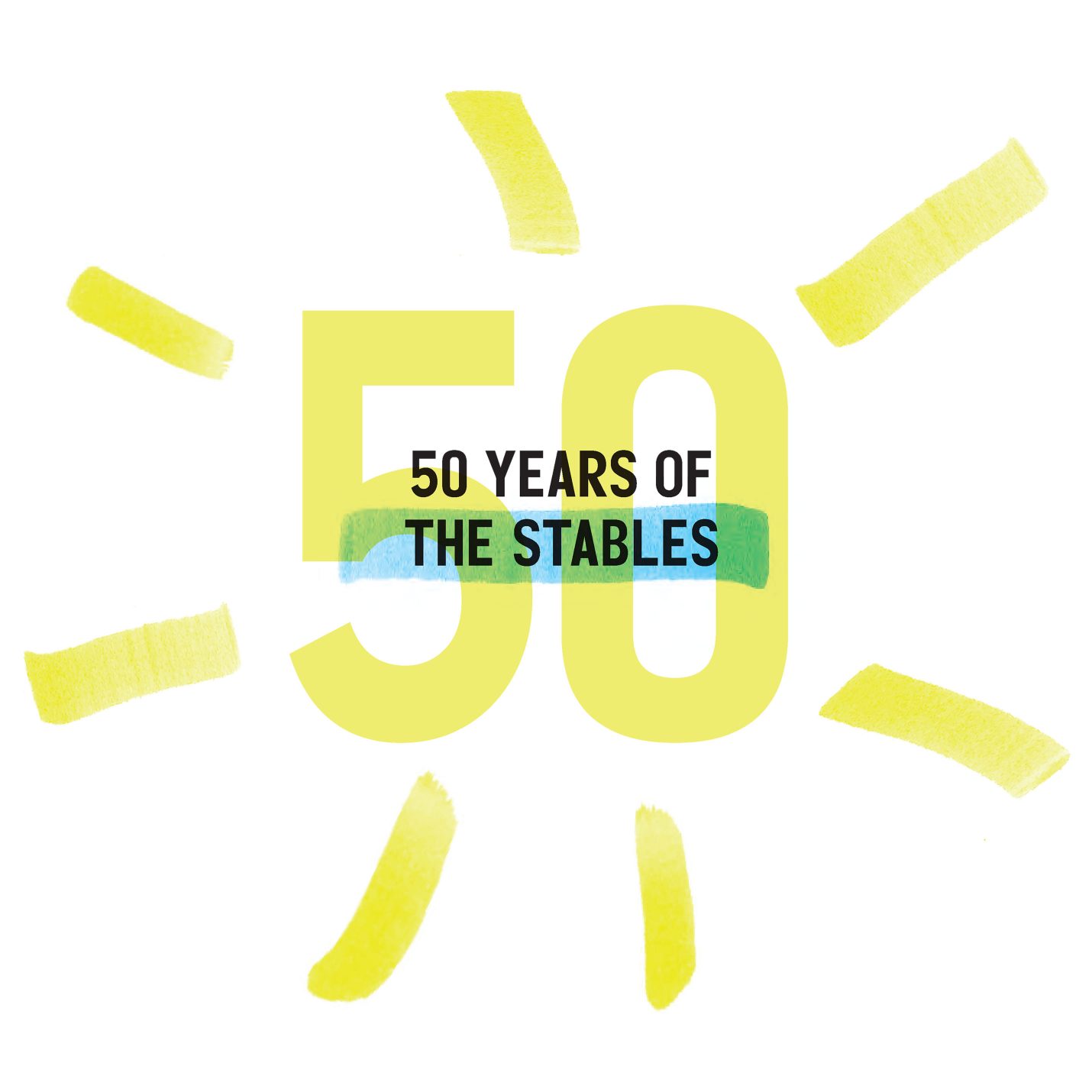