Rebecca Poulter is the Stage Manager working on Hilary Bell’s Splinter. Griffin interviewed Bec about her work on the show as part of our Stage Manager Spotlight series.

Since graduating from NIDA, I have been working as a Stage Manager for over 10 years and have worked consistently over that time period from job to job. I grew up in Melbourne and completed a course there that covered everything—it was called ‘Small Companies and Community Theatre’—and they prompted me to get into stage management, obviously seeing that I had the potential with various skillsets. From that they also suggested I apply for NIDA, and I was successful in getting in! When I started that course, I focused on stage management only—I didn’t really think about any other fields, like sound or lighting design, because that was what I wanted to do, and I felt that I would succeed in that. Since graduating, I’ve worked on plays, mostly—dramas and comedies. I’ve worked a lot at Ensemble Theatre, a little bit at Sydney Theatre Company (STC), and a lot of touring—I’ve worked in over 100 theatres and have worked in every state and territory. I’ve done a lot of Shakespeare as well, for Sport for Jove and a few other companies, I think I’ve done at least 10 Shakespeare plays.

The first show that I stage managed after graduating from NIDA was at Griffin! It was called Shining City, it had Caroline Craig, Al Dukes, Laurence Coy and Ben Geurens…and I think it’s kind of nice that it’s been exactly 10 years since I did that show here. After that I did The Comedy of Errors outdoors, and later that year I did The Comedy of Errors again at STC, so that was the start of my Shakespeare. I’ve also stage managed some dance: I worked on a show with Chunky Move, and I was at Sydney Dance Company for five months on an international tour with three dance works through Europe and South America, and then four months around Australia. I think I prefer theatre over dance, although dance is something a bit different. I worked on a show with KAGE called Out of Earshot which was all about sound vibrations. We had a live drum kit and mics attached to that, and then we had these screens in the space that would pick up the sound waves and then show their movement on the screen, in different colours and waveforms. That was a really interesting show to work on. But overall I think I prefer my theatre. 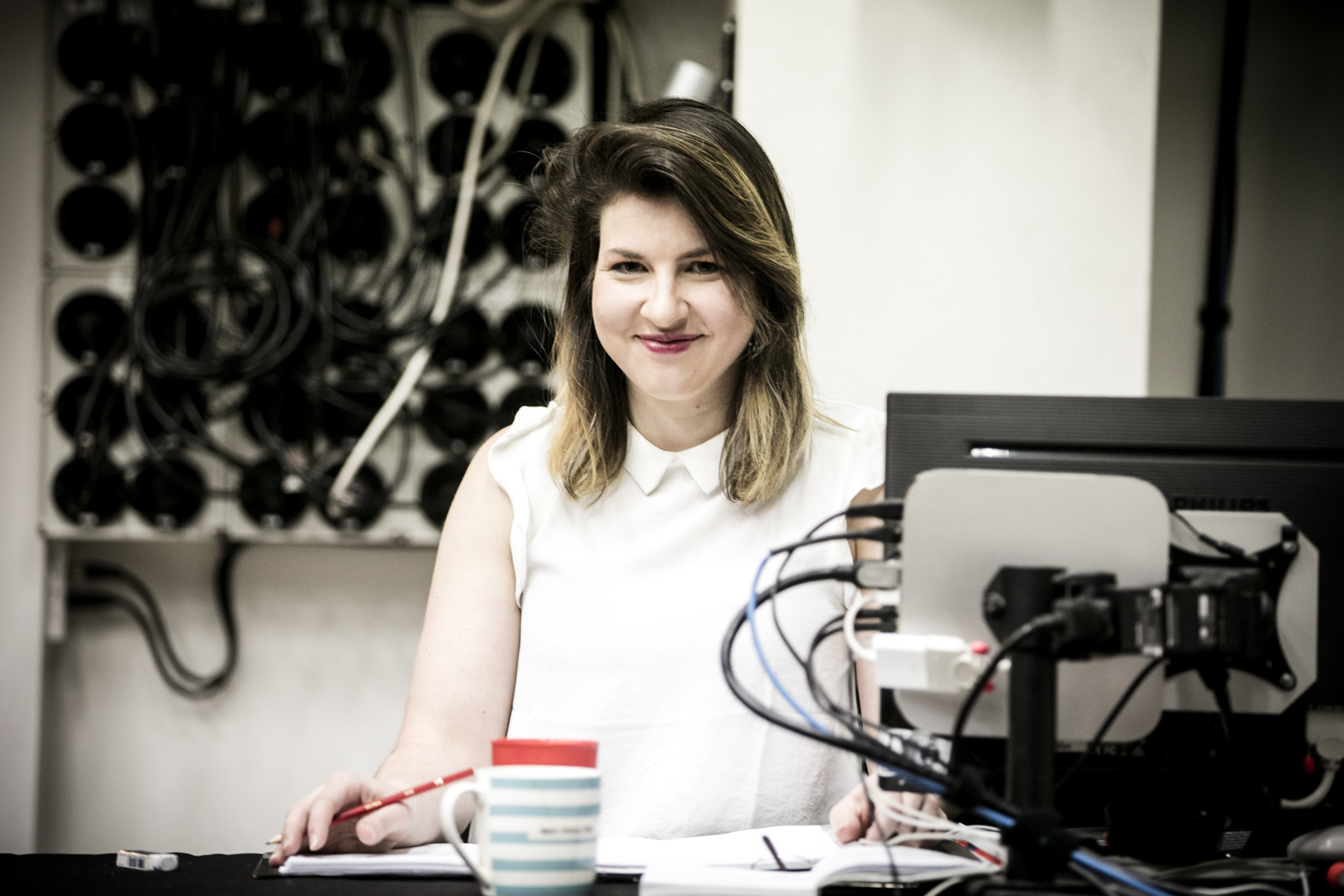 What my absolute favourite part of theatre really is, is when you’re in the rehearsal room across the first few days, discussing it around the table and various insights come out and they make you go “I wouldn’t have ever thought of that!” And working with certain directors and thinking “You are so intelligent, and I’m learning so much from you.” That’s what I love. And also, tech week in a way—the learning and operating of a show. Once you’ve mastered that, it’s really satisfying. Dress runs are exciting. But once you’re in the season and you know what you’re doing, the excitement fades a little.

For Splinter, in rehearsals my job consisted of notating all the blocking that’s going on in the room, prompting the actors; and then once we get into the theatre, it’s my job to set the stage with props and costumes, and do maintenance on that, and I also operate sound, lighting, video, and a little secret element that audiences see in the show!

Every day, I get to the theatre usually two hours before the show. The first thing I do is power up the system and check the projection, because projectors tend to be a bit volatile. Once I know that the projection is working, I then test lighting and sound, clean and fill up our secret element in the show, and then I vacuum the stage, and I mop around the rostra area. We also have soup in the show, which is made by Lee‘s father, so I heat that up, then I put foil over their mugs to try and keep the soup hot. I have had success at times when Simon comes out onto stage and the soup is still steaming—he has a line where he says “It’s still hot!” and you can see the waves of steam in the air—so then I can say “Yes, it is still hot!” The soup is real soup, by the way—tomatoes and broth and things. It’s a consumable prop as opposed to a running prop. 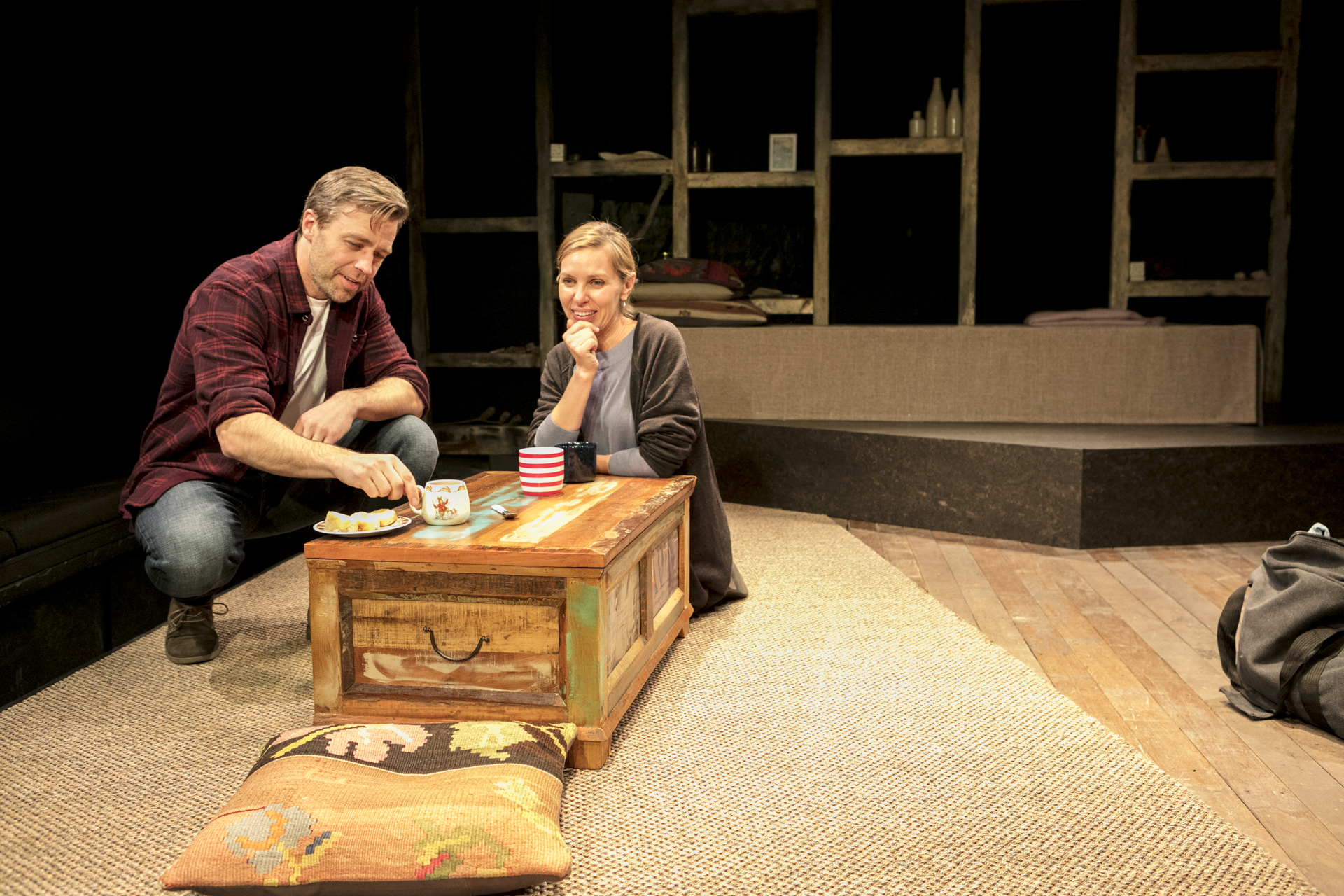 Operating the show is busy, too. There are some parts of the show where I’ve got video, sound, and lighting at the same time. There are also some dead blackouts in the show, so at some points I use my foot to control the aisle lights, so my hands are both on the computer and my foot is on a pedal at the same time. I also have another switch that I then control for the aforementioned secret element at that same point in the show. I’ve got my left hand on the vision keyboard, and then I operate the secret switch, and then I need to move that hand immediately to the lighting keyboard, because the lighting cue is one beat after that. All the cues are on words, so the following word is my cue for video and lighting. The secret element also makes a sound when it goes, so I need to pick a really loud moment in the music, but it also has a bit of a delay on it, so you can doubt yourself that it hasn’t worked, but you have no time to have that fear because you need to go straight to operating lighting, and then after cueing lighting, you can go back and check it if necessary. I use QLab for visuals and sound, and an ETC Ion Lighting desk for lighting, and a power board for the secret element.

Aside from operating many things at once for Splinter, a challenge is that because it’s a drama, it’s a bit of a moveable feast, so the timing shifts a little in terms of each performance. We’ve got some specific lighting cues that can change their point with each show depending on the time that the actors have spent on a certain passage. You say to yourself “Oh, that cue was on that word yesterday, but today, it’s different, but I already hit ‘go’ and they’re now taking a bit longer with that sentence.” But the most challenging part of the show is certainly the operating. In particular, there’s a four-minute period where I’ve got quite a lot of cues. 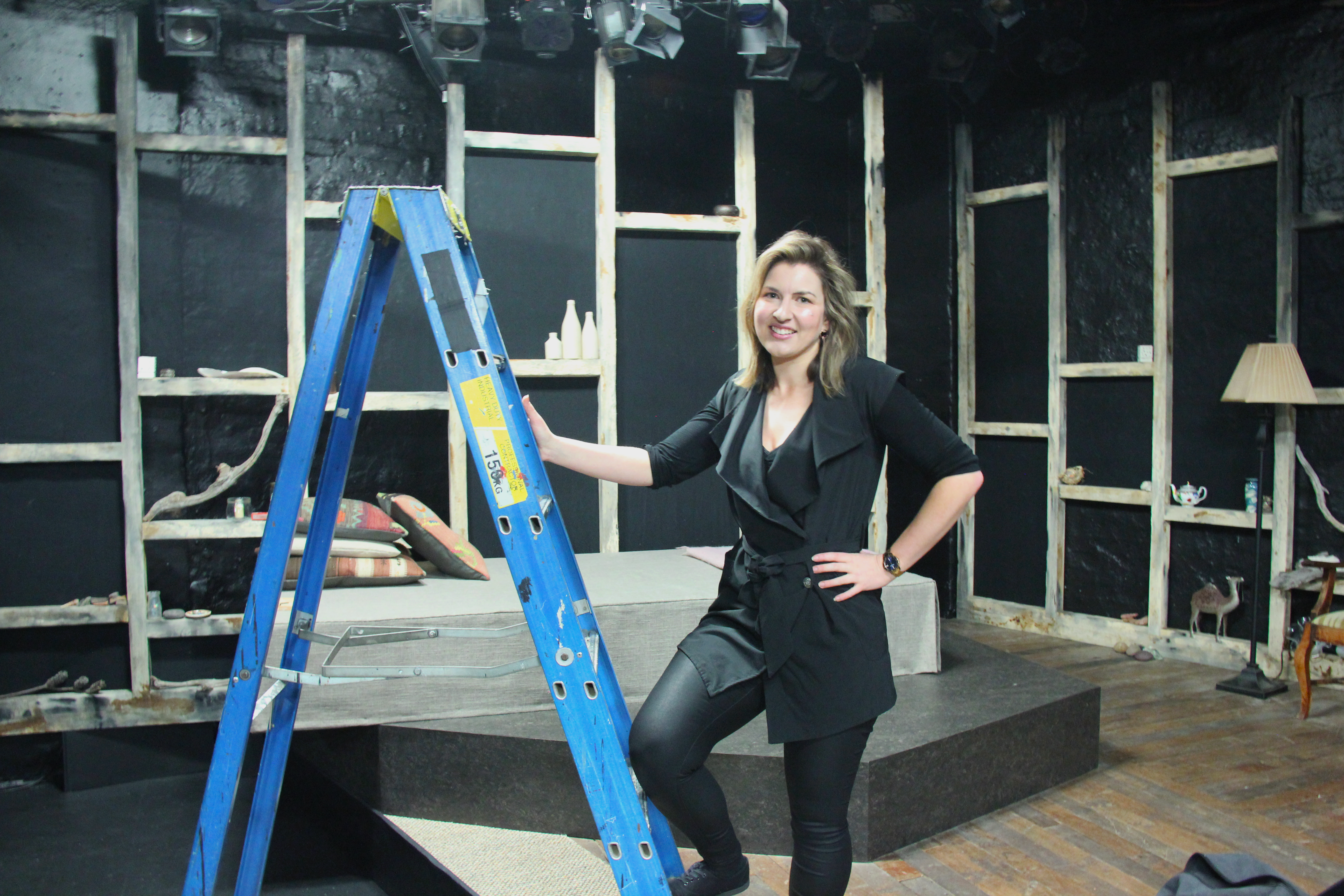 My favourite thing about working on Splinter has been working at Griffin, and with Lee and Simon and Lucy. The company feels like a family and you feel incredibly well supported. There’s always someone around to talk to or assist with things. I’ve also really enjoyed working with Lee and seeing how she operates. She has a very sensitive approach and lots of detailed work comes out of her process.

A Statement from Griffin’s Board A Note from Phil, 24 October