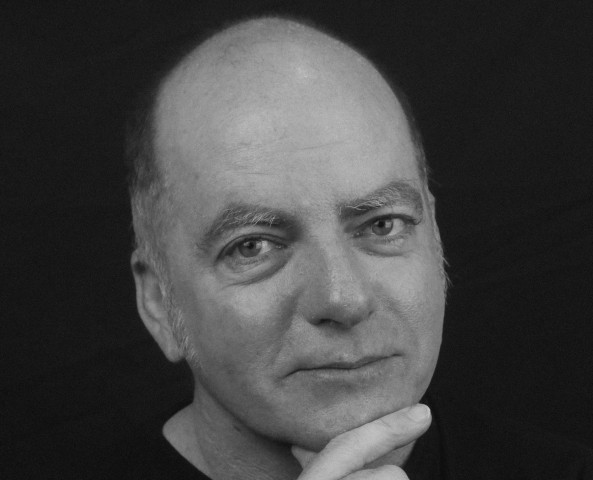 What led you to write The Turquoise Elephant?
The play was a fairly immediate response to the sense of exasperation I’ve been feeling about our economic and political classes’ ridiculous denialism about climate change.  It’s all a bit desperate, really, and dire – it doesn’t sound like comedy, I know! I actually think that instead of experiencing catharsis and excorcising my demons in the writing of this play, I’ve actually grown more despondent as the rewriting process continues. Not with the play itself, but with our political situation. My psyche has mapped the play’s trajectory over the past 18 months, I reckon. The original ending was quite naïve and optimistic; now the world of the play is more extreme and things are spiralling so erratically out of control, that there’s no real coming back from the brink. In 18 months I’ve gone from being quite certain we can do something to arrest the tilt into chaos, to secretly suspecting that we’re now past the tipping point. It’s all quietly doing my head in, truth be told.  Every time you think things can’t get any more ludicrous, another catastrophe occurs – a longer drought, a bigger bushfire, a wilder super storm cell – and rather than galvanising us into action, we just seem to do more and more nothing. We do nothing on a grander and grander scale. And what, the play asks us, is there to be done? Who should do it? I wrote the first draft of the play in the lead-up to the Paris Agreement on Climate Change in 2015, spurred on tonally by the malodourous denialism wafting out of the Murdoch press at the time. I was worried that we’d somehow missed the boat by programming the play after the lead-up to that event. Well, another year on, and not only has the urgency not gone away, but now we find ourselves with a federal Senate peppered with conspiracy theorists and anti-climate science nutters running with their whacky ideologies as formal policy! Similar backlashes are occurring in political circles globally. We’re back firmly in the sort of political cycle of illogic, mendacity and chaos that spurred Ionesco and his contemporaries to find Absurdist voice in the first place. Which leads me into your next question…

The play is a black comedy. Who were some of the playwrights and/or works that influenced you when you were writing it?
Catastrophic climate change and the idea of the whole world self-destructing and going down the toilet doesn’t seem obviously hilarious on the surface of things, does it?  And yet… if you don’t lampoon the patently absurd, how else do you cope? It is a black comedy. I do hope audiences laugh and laugh hard and that that somehow helps us all give vent to our incredulity. The play’s also a political satire, and there are elements of theatre of the grotesque at play here – this notion that we’re rapidly cannibalising ourselves and the planet. The grand folly of teetering on the brink – the decadence of that – seems grotesque to me, so those theatrical elements of style seem intuitively apt. The Turquoise Elephant pays obvious homage to Ionesco and his Rhinoceros. Thematically his body of work and his wider legacy underpins the play, I think – subconsciously somehow. He was the first playwright whose work I ever saw performed, and the absurdists were amongst  my favourite writers when I was an undergrad Drama student. He was part of this clique of Paris bohemians – the Collège de Pataphysique – who worshipped Alfred Jarry and Surrealism and supported the demolition of culture (even Surrealism itself) and met and “discussed nothing because we believed – and I still do,” he said in an interview once, “that there is no reason for anything, that everything is meaningless.” They gave each other medallions and accolades, the highest of which was La Gidouille which was a large turd that they pinned on their lapels and wore to each others’ theatre openings and readings. Now, I’m not a nihilist, but some of the characters in this play are, and the leitmotif of waste and shit permeates the play. [Which leads me to another story about completing the play from a Toronto hotel room in the middle of a violent bout of gastro, but I’ll leave that one for another time. Suffice it to say, the experience found its way into Olympia’s narrative…]  Other plays that influenced me while I was writing it were from the absurdist canon. Dürrenmatt’s The Physicists for instance. Plays and even short stories set in asylums or dystopias. I came across Margaret Atwood’s latest novel and collection of short stories right at the end of this process and she inspired me to push the futurism and its connection to the present even further – to make it all feel like it’s almost already happening now. The Heart Goes Last and Stone Mattress. They’re brilliant. She’s stirred the seeds for the next play. I’m feeling a bit like this might be the first in a little cycle of speculative plays looking at the world on the brink… I do feel like we’re teetering over the edge of the abyss on a number of different levels: politically, environmentally, technologically, socially…

What was it like winning the Griffin Award with The Turquoise Elephant last year?
It was miraculous. It really did feel like a miracle that came from nowhere. I was in a deep funk about my writing, about the state of Australian playwriting and its place in theatre programming and the demise of arts funding, about being a middle aged Australian playwright and the futility of that particular condition, and was feeling comprehensively stuck. I wrote the play uncharacteristically quickly, sent it off anonymously, didn’t show it to anyone, didn’t have a clue whether it was any good or not. And then the bolt from the blue. It kind of saved me really.

Tell me about your impressions of the creative team working on The Turquoise Elephant.
Well the godsends and miracles keep rolling! Lee teamed me up with Gale Edwards, whose reputation precedes her on quite a number of fronts. She’s been astonishing – the right director for this play without question. She gets the style of the piece as well as connecting deeply with its politics, and she’s brought this incredible team with her. Having Brian Thompson on design – the guy who designed the original Rocky Horror Picture Show and so many other iconic works. Both Gale and Brian – these two legendary talents and personalities – working in a small venue with a small budget. It could all have gone spectacularly awry, but it’s been wonderful. Impeccable casting. Smart, experienced actors who move the work forward; a production and design team with big, bold imaginations and hearts. Having Ben Winspear and Tim Roseman and Laura Ginters work on the play’s dramaturgical process. A team of people who love the play and love what it’s saying. I feel blessed. Thank you Griffin!!

What do you think the Griffin space will bring to The Turquoise Elephant?
Intimacy and claustrophobia.

We’re all in this together and there’s no looking away, folks…

The Turquoise Elephant runs from 14 October to the 26 November.