Get to Know Gunaikurnai Country

Dogged by Andrea James & Catherine Ryan is Griffin’s second Main Season play for 2021. The play is set on Gunaikurnai Country, from the lake lands on the coast up to the Victorian Alps, which can sometimes feel like a world away from the temperate climate of Gadigal Country in New South Wales.

The creative team has been working hard to make the intimacy of the SBW Stables feel like an abstracted version of the mountainous Gunaikurnai Country in the dead of night, so here on the Griffin blog, we thought we’d bring you some facts about the setting of the play that might provide some extra context before you head in to see the show. Read on!

There are thousands of Gunaikurnai who live on country, and within the Gunaikurnai population there are five major clans:

The Gunaikurnai have lived on country for many thousands of years, enjoying it, navigating through it and caring for it. The Gunaikurnai people maintain deep connections to their Country and to their stories, traditions and ancestors. 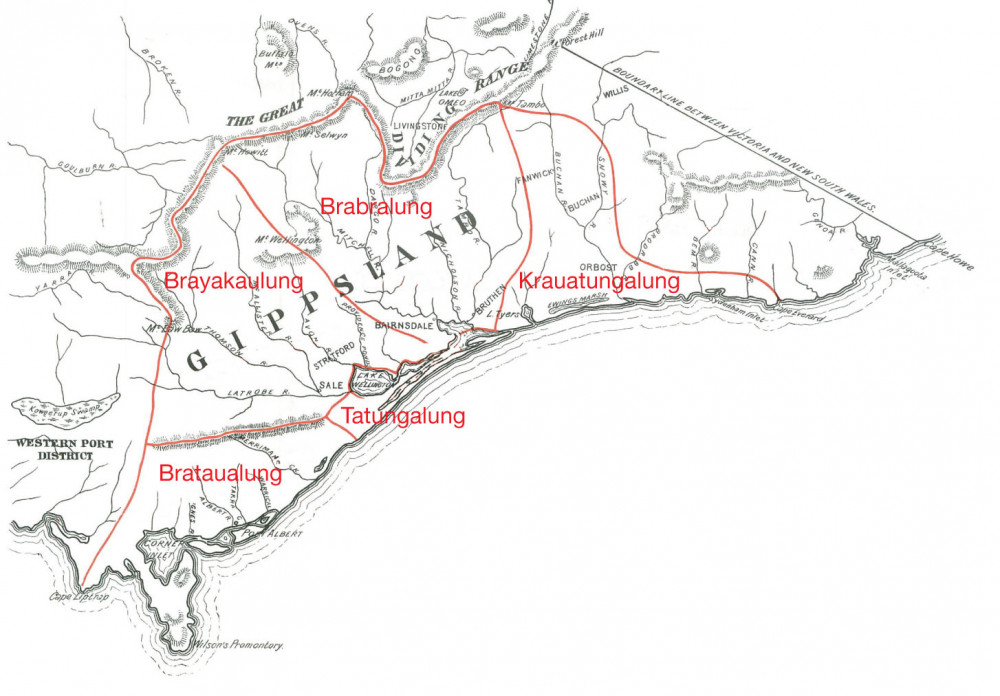 Gunaikurnai lands are huge, and span from the coast all the way up to the High Country of the Victorian Alps.

The interconnected rivers and lakes of Gunaikurnai Country are the largest network of inland waterways in Australia, and also play home to rich wetlands that are of international significance. There are isolated beaches, temperate forests and stunning granite landscapes which form part of Wilsons Promontory National Park.

The land has always provided diverse sources of nourishment for the Gunaikurnai, with food, drink and medicine naturally occurring in abundance for use in traditional methods. The huge Bogong Moth was an annual delicacy, and a major food source in the colder months—it could be eaten whole or as a paste. All the major clans would gather in the High Country at Omeo to feast on the Bogong.

Pervading all this is a deep spiritual connection to place, and there are many sacred sites that remain of utmost importance to the Gunaikurnai today. 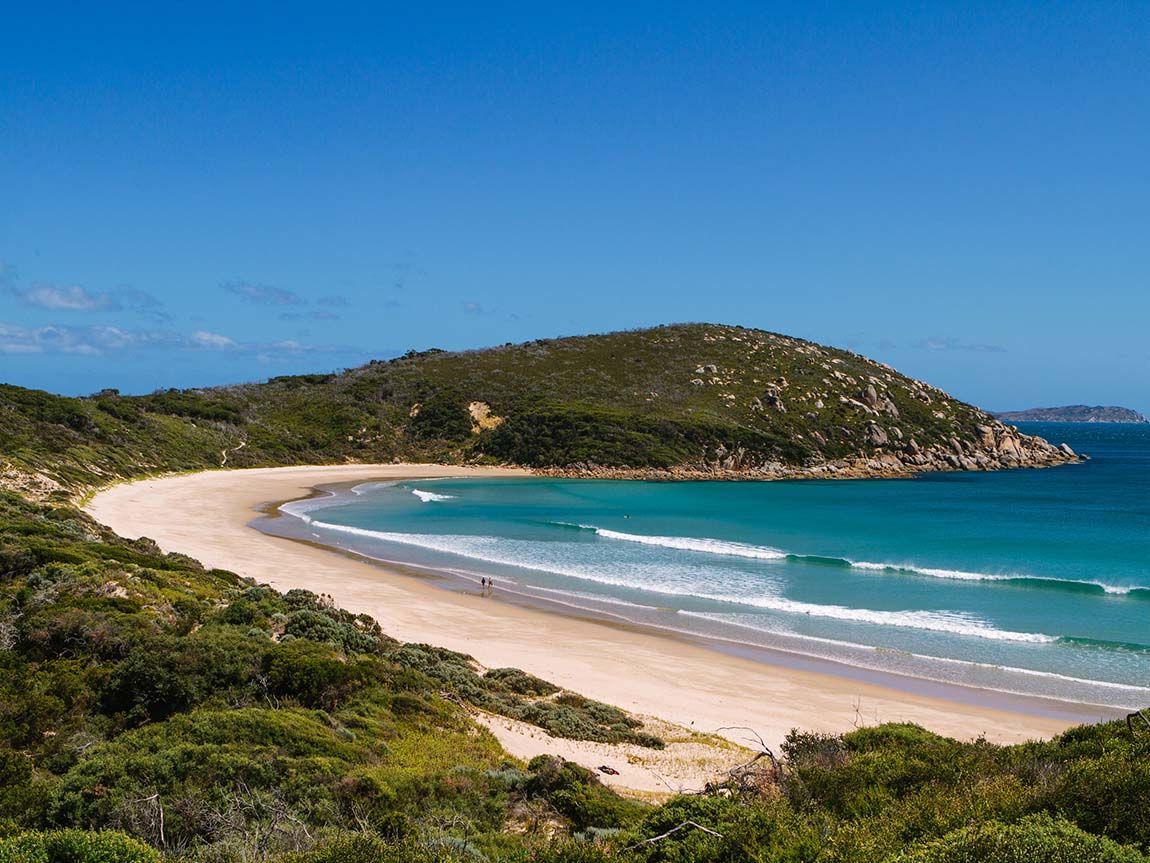 The first Gunai was Borun the Pelican, who ventured down from the mountains and reached the flat country, carrying a bark canoe on his head. As he was walking, he heard a constant tapping sound and tried to find where it was coming from. When he finally reached the waters of the inlet (near what is now known as Port Albert), he put his canoe down and was surprised to find a woman sitting in it. She was Tuk the Musk Duck and they fell in love, becoming the parents of all the Gunai.

There are plenty of other traditional Gunaikurnai stories, some of which can be read and sourced from Deadly Story. 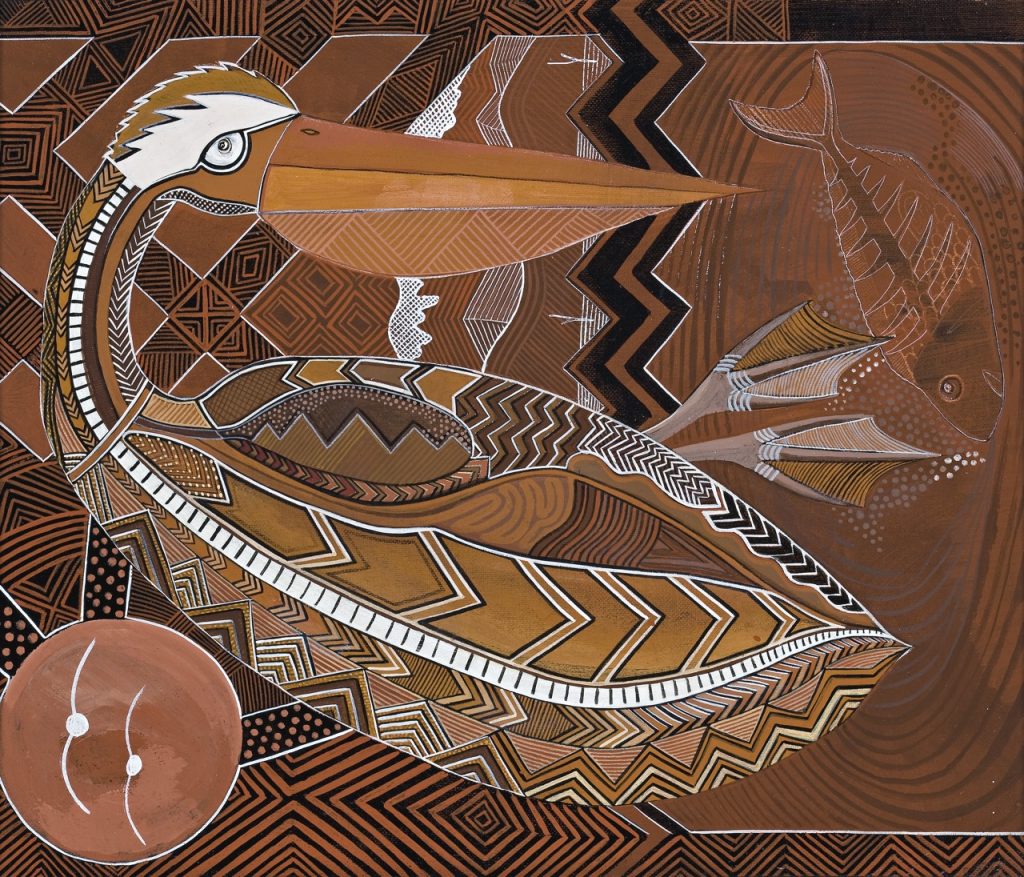 At the beginning of 2021, sibling dingo cubs “Myrtle” and “Moko” were rescued from Gunaikurnai High Country by some cyclists passing through. The cubs were nurtured back to health and currently live with fellow viral Alpine Dingo sensation Wandi, who was rescued a year earlier, at the Australian Dingo Foundation‘s sanctuary.

DNA testing proved all three dingoes to be of the pure Alpine variety, which are severely endangered in Victoria because of the baiting and hunting of ‘wild dogs’ which, criminally, has led to the killing of native dingoes. This remains an urgent environmental issue in Australia.

There are several different species of Australian Dingo, including the Alpine Dingo, the Desert Dingo, and the Tropical Dingo. The Australian Dingo Foundation aims to conserve the dingo population and protect the species from continued harm.

Dingoes are very important to the Gunaikurnai and have been companions for hunting, sleeping and travel for thousands of years. Ngarigo artist Peter Waples-Crowe, who is also the Mural Artist and Set Co-Designer of Dogged, often uses dingoes as a totem in his visual and performance-based art. 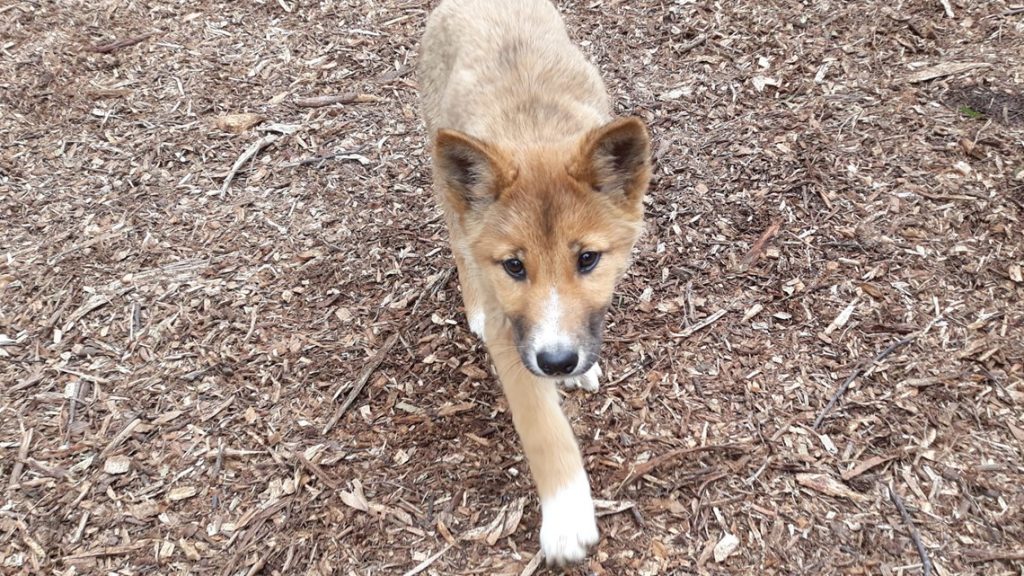 The Gunaikurnai first lodged their claim for Native Title in 1997, and for the next decade and a half, fought for determination of their Country. Finally, in October 2010, the Gunaikurnai were awarded Native Title and were officially recognised on a federal level as the traditional owners and native title holders of approximately 13,390 square kilometres of the area known as Gippsland. On the same day, the State entered into an agreement with the Gunaikurnai people under the Traditional Owner Settlement Act, which was the first of its kind in Australia.

Included in the Native Title Act and Traditional Owner Settlement is the joint management of ten national parks situated on Gunaikurnai Country; access and use of Crown Land for traditional purposes of hunting, fishing, camping and gathering; funding for Gunaikurnai people to manage their affairs and fulfil obligations under the settlement; and a commitment to the development and strengthening of Gunaikurnai culture.

All these facts and stories form the basis of the poetic, atmospheric production of Dogged by Andrea James & Catherine Ryan. To immerse yourself in the Victorian Alps, on Gunaikurnai Country, book tickets to the show now! 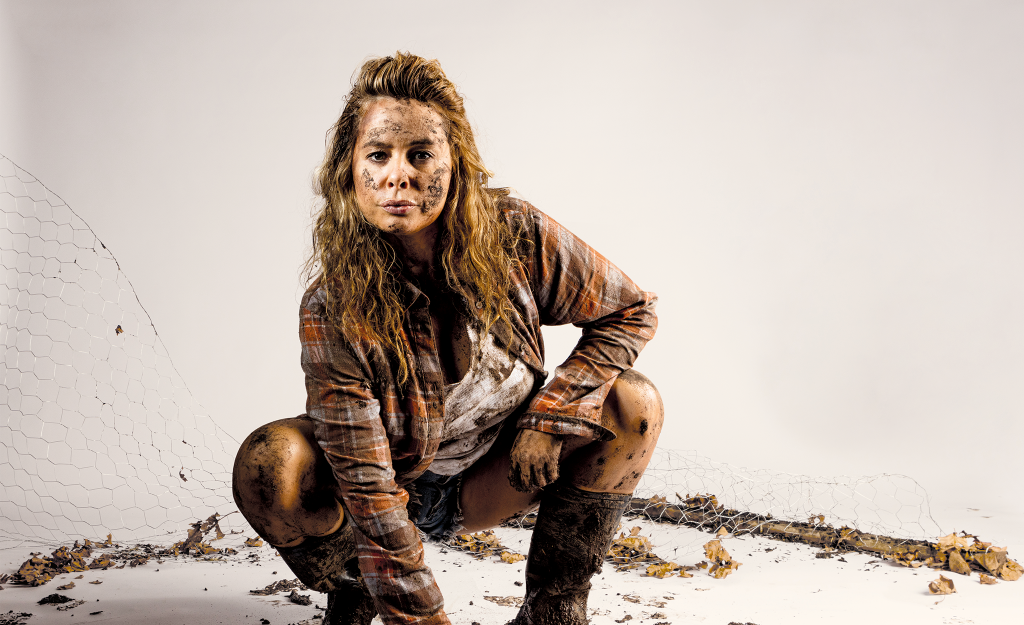