The Almighty Sometimes has quite nice challenges for a designer. The play invites us into a mind, in a way that isn’t necessarily realistic. It’s kind of nebular and confusing to some extent, and this is where the brilliant part of the text is, what it’s invoking in us—our own insecurities, our own contradictions.

So for me as a designer, the play challenged me to represent that kind of space to the audience—and how do you do that? If you represent the play in a realistic way, people start reading into every single symbol that you put on stage. So it took us a while, I have to admit, to crack it. But then the idea came—it came like a revelation.

The set is basically nothing.

It’s the néant, it’s a great base, it’s something that you can’t find a corner in, basically, there’s nothing to grab onto. So this idea of the infinite—little words like that—popped into our discussions. Then this idea of a studio, a photographic studio, where you take photos of objects floating mid-air, where there’s no sense of walls or the floor, offered itself as a solution.

It also reminded me very much of a feeling that I had when I travelled to Lake Eyre a few years back—I’m a great lover of the Outback. I went there on a sunny day, there was no water, the bed of the lake was completely dry and it had these deposits of salt. The sky was reflecting in the salt, and I had this panic, because all of a sudden I lost my cardinal orientation. I didn’t know what was up, what was down, what was left or right. It was a really strange feeling of loss of gravity. To some extent, I thought that kind of feeling could be recreated in a small space—from the vast expanse of Lake Eyre to Griffin’s little stage. I was trying to capture that in a way, trying to give the play this kind of endlessness, this sense of floating, of not having an entrance or an exit. With a bit of luck and a lot of help from the lighting, we’ll end up with this sense of complete flow.

I absolutely love the Stables.

When I was a young graduate from NIDA, I hated it because it presented so many challenges. Then, I had a complete turnaround when I realised that if you love what you hate, if you embrace something that you’re afraid of, you win. So, instead of thinking of it as a terrifying factor, I always try to look at it as something that incites my imagination. As a consequence, a lot of the designs that I’ve done for Griffin in the past were my favourites. If you put a positive spin on the limitations of the space, it’s a bonanza! It’s a bit like Shostakovich used to say: give me three notes and I’ll write you a symphony, but give me a whole gamut of sounds and you’ll confuse me—there’s nowhere to start. So by already making a choice for us through the space, as a designer you know that you have to be very bold, and to some extent, very unorthodox. The way I see it, the Griffin stage finds itself much more in the world of installation. I always find it exciting to see what other designers are coming up with for the space. It’s like a game of Sudoku—you shift the sums around and see what kind of solution you come up with at the end.

Each play has its different challenges. I work very closely with the director in terms of the effects that we want to give to the audience. I don’t separate the design from whatever the actors are doing. If we’re just creating a beautiful wallpaper in the background, and the actors disregard it, there’s no interrelation between the two of us—we could do without each other. I don’t think that’s successful. If the actors aren’t interacting with that wallpaper, that wallpaper might as well go. I always like to call the set the last cast member, in a way.

The director-designer relationship is crucial.

Often, I work with the director from the very beginning, and I actually try to storyboard every step of the way. Sometimes, I work with writers, even, or composers, and the reason is that it encourages the cross-fertilisation of ideas. It’s surprising how sometimes an insight we each experience in our own jobs helps one another—maybe a composer plays a little something that I then visually respond to in an interesting way that makes that element of the show even stronger. Sometimes, it’s the other way: if I can visually entice and excite the composer, together with the director, of course, we get a different response on their end. I’m all for communication at every step of the creative process.

Finally, this play is so important.

It deals with something in the community that affects everybody, from very young to very old, from all different ethnic communities and cultures. Mental illness is still such a taboo thing. A lot of people still don’t want to talk about it. I think it’s so important for us to put this play on so we can highlight it in a way that we understand, so that we can become a little more generous towards those who we know are in that situation. It’s the only way we can make our society better. 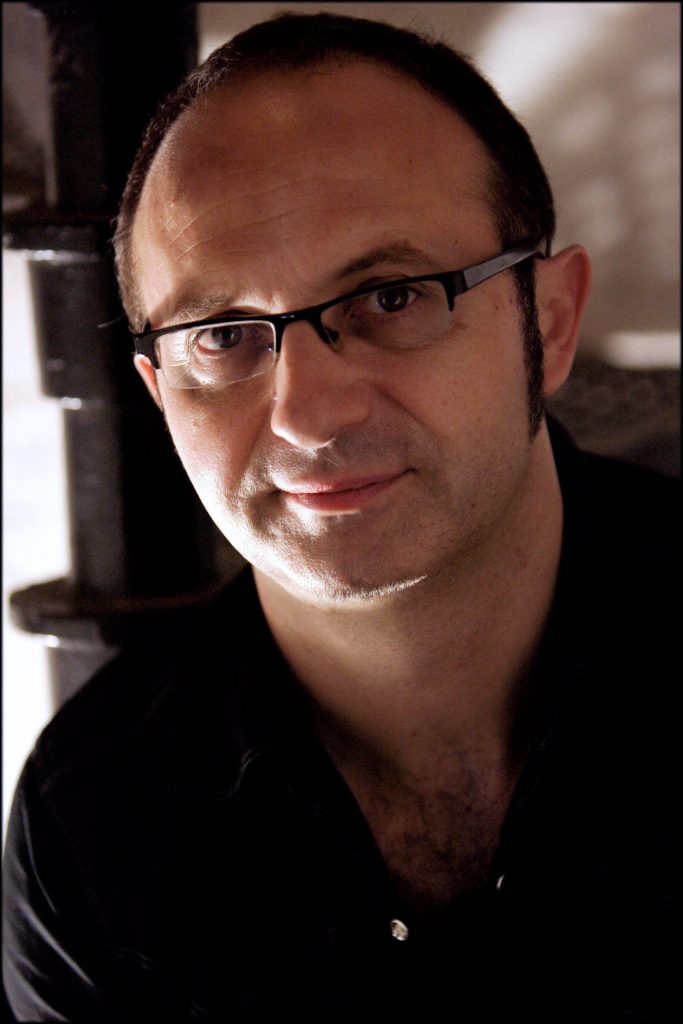