A Note from Declan, 14 April

Kings Cross comes alive in autumn. Falling leaves floating in the air; one-footed pigeons hobbling beneath the silhouetted 5pm skyline; and my fellow gym-gays doing discreet protein-farts into their black gym shorts (the majestic transition from ‘shredding’ to ‘bulking’ season).

Kings Cross heralds this change before the rest of Sydney does, inviting you into its array of cosy indoor spaces (the Griffin staff heartily recommend Dulcie’s if you’re inclined towards incredible cocktails with all-Australian ingredients). As I walked down the hill from Griffin to Darlinghurst Theatre Co last week to catch the new Australian play Stay Woke, I couldn’t help but feel… dare I say… excited?… for Kings Cross’s colder months. Maybe I was homesick for my rainy, miserable, hipster homeland of Melbourne. But it’s also because there’s a lot of great theatre on the horizon at our beloved SBW Stables Theatre.

But before I get ahead of myself—last week saw the end of the smash-hit Griffin Lookout season of A is for Apple by Jessica Bellamy. If you caught this one, I think you’ll agree that it was a joyous, larger-than-life hour-long ride—one you want to go on again, and again, and again (I managed three times, personally). The performances of Amy Hack and Zoe Resnick were heart-warming and gut-bustlingly funny in equal measure—a huge congratulations to the independent team who defied a pandemic, interrupted rehearsals and countless other challenges to bring the show to the stage in such a tremendous fashion. The future of independent theatre in Sydney looks bright!

If you did miss A is for Apple and still want a hearty dose of Amy Hack… it’s a good thing she’s sticking around to star in Griffin’s next Main Season production—Ghosting the Party by Melissa Bubnic. Amy brings her impeccable sense of craft to the role of Suzie—the youngest of three women who come up against questions of mortality in this very funny, very dark comedy. Amy stars alongside the legendary Belinda Giblin and Jillian O’Dowd, directed by our very own Andrea James.

Until then, I’ll be taking the opportunity to find moments of peace over the next couple of weeks. Time is moving deviously fast this year, so I will spend time over the long weekend doing what is truly meaningful to me (eating pizza and bingeing clips of Joan Collins’s meanest one-liners on Dynasty). I hope you take the time to do something that makes you equally happy… unless that thing involves calling the Griffin Box Office, which will be closed until 10am on Tuesday 19 April.

Wishing you a fabulous and restful long weekend! We’ll see you back at the SBW Stables Theatre very soon. 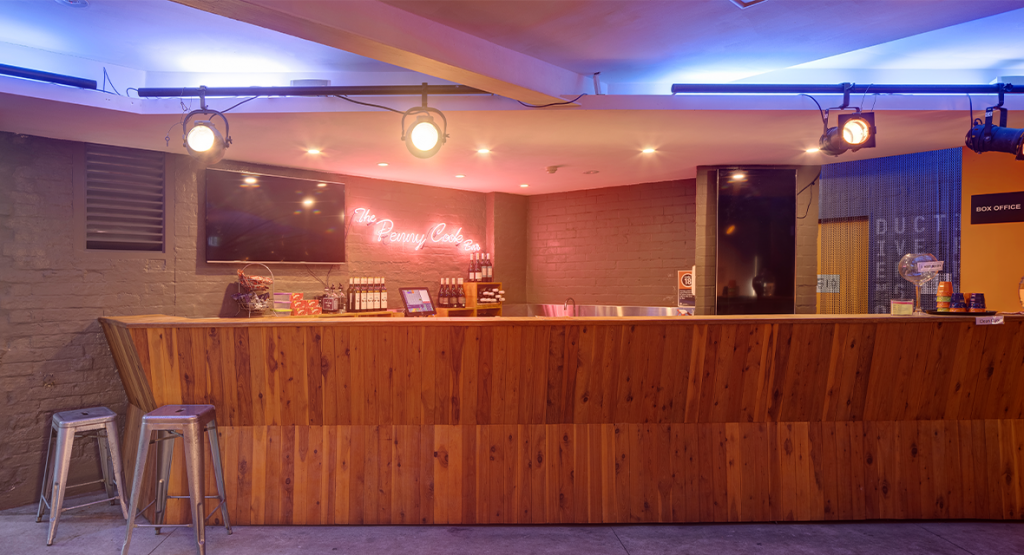