A post-show jam of music and chortles

Before Griffin shuts up shop for the holiday break, we’re gathering together a festive final line up for a fabulous evening of comedy, crooning and conviviality!

Stick around after the rollicking romp that is Rita Kalnejais’s First Love is the Revolution, or rock up for 9.30pm on Friday 6 December to catch this year’s last edition of the best variety hour in town! Featuring the comedic stylings of Nikki Britton and Rowan Thambar, the musical wonder of Bonniesongs, and the ever-effervescent yarns of Griffin’s resident raconteur Phil Spencer.

Buy yourself a ticket, grab yourself a Four Pillars Gin, and buckle up for the final UP LATE of 2019! We’ll see you there.

Nikki Britton started out as an actor and exploded onto the comedy scene in 2011 with her warm, lightning-paced style, that has subsequently seen her appear on the Melbourne Comedy Festival Oxfam Gala, ABC’s Comedy Up Late and on The Comedy Channel as part of the Just For Laughs Festival. Nikki has toured her stand up comedy nationally and internationally for the last 6 years including with The Melbourne Comedy Festival Roadshow, as well as performing at LA’s Laugh Factory, The Hollywood Improv and The Edinburgh Festival Fringe. Her show, Once Bitten received standing ovations and excellent reviews to sold out houses at festivals across the country. It concluded its national tour at Bondi Feast Festival in July 2019.

For a peck of audiences in Australia over the past couple of years, Bonnie Stewart (Ireland) has been one of those subtly transcendent artists. Her lilting vocals float over gentle peaks of acoustic and electronic instruments, layered ethereally into what may be a moderately enchanted loop pedal. Under the spell of thrumming guitar, Stewart renders her arrangements with a fidelity of performance that seems to amplify an almost spectral presence. This is Bonniesongs. She’ll play loudly whilst making you ridiculously aware of silence and then go some way to reminding you how music is at its most basic, mere vibration moving through air, occupying the same molecular space as the incorporeal.

Rowan Thambar is one of the brightest, up and coming comedic stars in Australian entertainment. This 24-year-old comedy heart-throb was born & raised in Newcastle, to Sri-Lankan parents who immigrated to Australia to avoid the civil war. He moved to Sydney in 2013 to pursue a double-degree in Finance and Media. After completing his degree in 2016, he spent time working Channel 9 Newsroom and after that managing the social media of some of Australia’s legendary musicians. In 2018, Rowan was hand-picked by the Melbourne International Comedy Festival for the prestigious ‘Comedy Zone’ – a showcase of the five best emerging acts in Australia. Since then Rowan has been making a name for himself in the Australian comedy scene touring across the country. In his tool box is the art of stand up comedy, writing for stage and screen, acting and presenting – oh and he’s also a classically trained pianist and composer. “Fun, big-hearted and silly”, Rowan Thambar is a young comedian with a bright future ahead. 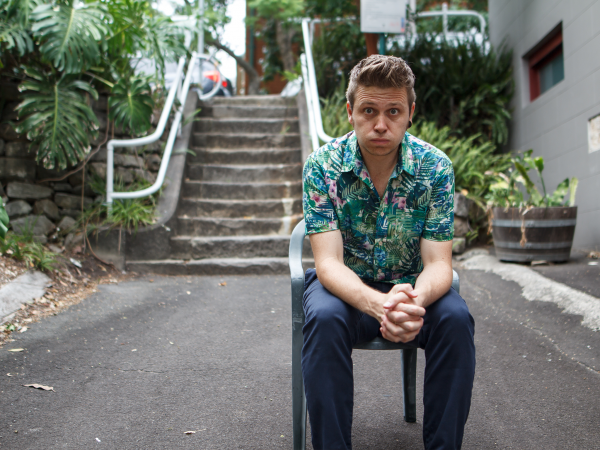 Well—that was quick! GREEN PARK by Elias Jamieson Brown is completely and utterly SOLD OUT!

But fret not! Single tickets for JALI by Oliver Twist and IS THERE SOMETHING WRONG WITH THAT LADY? by Debra Oswald are on sale now: https://t.co/h5R0BKYEmw

Single tickets for GREEN PARK by Elias Jamieson Brown are now on sale!

Get in lightning quick to secure your spot—and while you're at it, tickets for JALI and IS THERE SOMETHING WRONG WITH THAT LADY? are on sale too!

Playwrights! It's your last chance to submit your play to the 2021 Griffin Award! Applications close at midnight tonight, so polish off that draft and get submitting!

Head to the Griffin website for all the information: https://t.co/G09QgAAkZD #GriffinAward #Griffin2021

Entries for the 2021 Griffin Award close this Thursday! If you've got a fabulous new Australian play up your sleeve, submit before midnight on Thursday 7 January to be in the running for a prize of $10,000. For all the details, head to the Griffin website: https://t.co/WVFVButWiV