Your favourite Friday night variety hour is back and better than ever!

UP LATE features a hand-picked collection of nocturnal performers, music-makers and storytellers who take over Griffin to make some very entertaining noise until late (well, 10.30pm, so pretty early actually, but you get it).

Stick around (or rock up) for 9.30pm on Friday 21 June after Suzie Miller‘s Prima Facie and bathe in a glorious line up featuring the hilarious comedic and storytelling delights of Susie Youssef, Penny Greenhalgh, Ella Prince and Phil Spencer, plus the enchanting musical stylings of Julia Johnson!

Penny Greenhalgh
Penny Greenhalgh is a comedy writer and performer. In 2018 Penny was a writer and performer on Tonightly (ABC), and on Orange Is The New Brown (Channel 7). Penny wrote, produced and performed in the ABC iView sketch comedy series The Lost Tapes as part of Fresh Blood 2017. She wrote and performed on Aaron Chen Tonight (ABC2), and was the recipient of Gender Matters funding from Screen Australia to complete a writer’s attachment on The Checkout (ABC); a show she also performed in and directed over three series. Penny has written and performed live comedy shows all around Australia and internationally. In 2017 she was invited to perform at the Busan International Comedy Festival and Cheongdo Art Festival in South Korea; toured Hong Kong, Singapore and Kuala Lumpur with the Melbourne International Comedy Festival Roadshow; and recorded a live set for Comedy Central Australia & New Zealand. In 2015 she was awarded Best Emerging Artist at the Adelaide Fringe Festival. Penny is currently head writer for the upcoming series of Hughsey, We Have a Problem (Channel 10), and will be writing Trial By Kyle (also Channel 10) later in 2019.

Julia Johnson
Julia Johnson has lugged her banjo all over Australia, from tiny lounge room concerts to the main stage of Groovin the Moo, from Byron Bay to Nannup. Through her songs she tries to show the unique moments in the every day, where tragedy, love and joy are magnified. Her single ‘Little Surprises’ earned her a mentorship with Wally de Backer (Gotye) and Adalita (Magic Dirt) through Triple J Unearthed. The national attention for her album ‘Family Pets’ has led her to share the stage with iconic Australian artists including Courtney Barnett, Tim Rogers (You Am I), Pete Murray and Jen Cloher.

Phil Spencer
Phil is a writer & performer. Originally from the UK, he grew up in semi-rural South Oxfordshire (the rough bit) and spent many years living and working in the city of Glasgow (the posh bit). He now lives in Sydney where he makes comedy, theatre and stories for radio. Phil is the 2018 Artistic Associate at Griffin. He was the recipient of Peggy Ramsey Foundation Award for Writers and has been shortlisted for the Philip Parsons Playwright Award not once, not twice, but thrice (but still hasn’t won it – he’s pretty sure it’s rigged). Phil has performed in lounge rooms across Sydney, arts festivals across Australia and in shitty rooms above pubs the world over. His most recent show credits include: The Smallest Hour (Griffin Theatre Company), Hooting & Howling (NSW Tour, Lorne Arts Festival, Sydney Theatre Company Rough Draft) Glorious Pomegranate (Sydney Fringe), All Lost in the Supermarket (Sydney Writers Festival), Destroyer of Worlds by Caleb Lewis (Adelaide Fringe), You And Whose Army? (UK tour).

Susie Youssef
Susie Youssef is a comedian, actor, writer and improviser. Susie’s solo shows include: for Sydney Comedy Festival/Melbourne International Comedy Festival: Behave Youssef, Check Youssef Before You Wreck Youssef, which she toured to the Edinburgh Fringe and London, Owl Eyes On You, Sketchual Chocolate. As a performer, Susie’s theatre credits include: for Griffin Theatre  Company: The Smallest Hour; for the Hayloft Project: The Boat People; for Sydney Theatre Company: Accidental Death of an Anarchist. Susie’s television credits include: for the ABC: The Chaser’s Media Circus, The Checkout, Get Krack!n, How Not To Behave, Rosehaven, Squinters; for the Comedy Channel: Whose Line Is It Anyway? Australia; for Network Ten: Have You Been Paying Attention?; and for Stan: No Activity. A regular performer at the Sydney Comedy Store and Giant Dwarf, Susie has also performed at Splendour in the Grass, Secret Garden Festival and Homebake. As an improviser, Susie has performed internationally as a guest at Improvaganza in Edmonton, Dad’s Garage in Atlanta and The Del Close Marathon in New York. She has studied at the iO Theatre in Chicago. 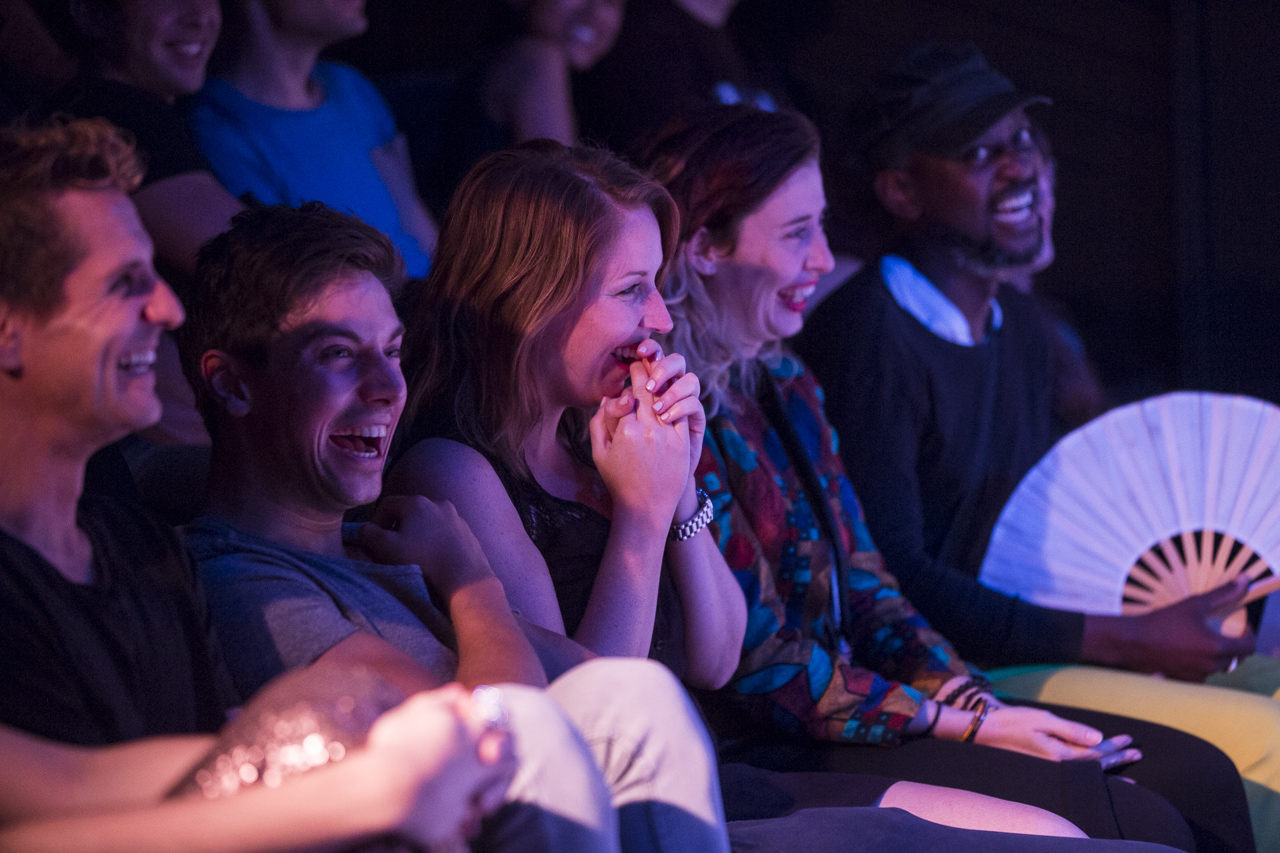