THE WINNER OF THE 2022 GRIFFIN AWARD WILL BE ANNOUNCED AT THIS SPECIAL EVENT!

Now in its 22nd year, the prestigious Griffin Award recognises an outstanding play or performance text that displays an authentic, inventive and contemporary Australian voice, with the winner receiving a $10,000 prize.

This year, 127 entries were received. The plays were read anonymously by a panel of artists charged with the unenviable task of whittling them down to a shortlist of just five. The shortlist is put before a judging panel of industry leaders who select the winner. 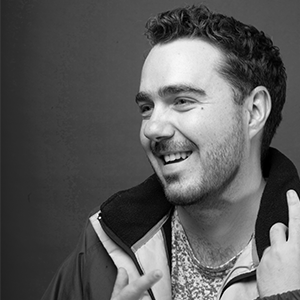 Alistair Baldwin is a writer and comedian based in Naarm / Melbourne. He has written for ABC’s The Weekly, Hard Quiz, Get Krack!n, At Home Alone Together and the upcoming Amazon Original series Deadloch. He recently served as a director on the upcoming SBS Digital Original series Latecomers through the network’s Diversity Talent Escalator. In 2019 Alistair’s one-act play Lame was performed at Southbank Theatre as part of Melbourne Theatre Company’s First Stage initiative, and in 2020 he was selected to develop and present work in MTC’s Cybec Electric play reading program. Alistair’s short story Hippotherapy was featured in the Growing Up Disabled In Australia anthology and later republished in the Growing Up In Australia anthology. He performed a run of his debut stand-up show Everest at the 2022 Melbourne International Comedy Festival. 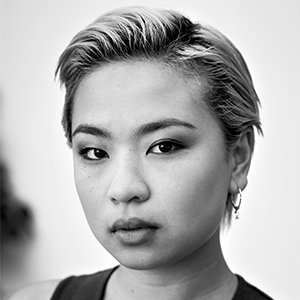 Grace Chow is an award-winning and published Asian Australian theatre-maker, playwright and actor who trained in the Bachelor of Performing Arts at WAAPA (2020), graduating as dux in the categories of performance, writing and final works. Her recent TV and film highlights as an actor include playing Constable Cindy Cheung in the hit series Mystery Road on the ABC. As an emerging theatre artist, Grace’s recent writing credits include Dance Ourselves to Death as part of Australian Theatre for Young People’s published 2019 National Studio Residency, Hell On Earth at the Blue Room Theatre and her solo shows Gracisms and Noodle Shop on the Corner of Fifth Street. In actor/deviser capacities, she has worked with a variety of theatre companies, notably Barking Gecko, The WA Opera and The Last Great Hunt, also starring in Yirra Yaakin and Black Swan State Theatre company’s Perth Festival shows in 2021 and 2022 respectively.  Grace also works as an advocate for accessibility, diversity and inclusion in the arts as an artist advisor for WA arts organisations, currently at the Blue Room Theatre and previously at The WA Youth Theatre Company and Performing Lines. 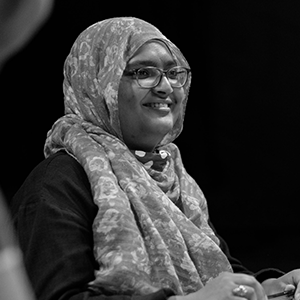 Tasnim Hossain is a playwright, director, dramaturg and screenwriter. Currently, she is writing the book for a musical as a co-recipient of the Create NSW-Hayes Theatre NSW Musical Theatre Fellowship, and is dramaturg and co-adaptor for Burn Witch Burn (fervour.) for the Old Fitz Theatre. Tasnim has toured solo works to Griffin Theatre’s Batch Festival, Fringe World in Perth, You Are Here in Canberra, and Crack Theatre Festival in Newcastle. She wrote the short plays Delivery, for Playwriting Australia’s Dear Australia project, Hope and Wisdom, for ABC Radio National Fictions, and Ramadan Rocketship, for ATYP at Home. In 2022, Tasnim directed How I Learned to Drive (NIDA). In 2021, she directed -.- for Eat Me (NIDA), Rough Draft #49 – Garage Sale (STC), and Yellow Face (Dinosaurus Productions), for which she won the 2022 Sydney Theatre Award for Best Direction of an Independent Production. She was a creator, writer and actor on Carpark Clubbing (ABC iView). Tasnim has been an Australia Council Future Leader, NIDA Artistic Associate, Sydney Theatre Company – Contemporary Asian Australian Performance Directors’ Initiative participant, Griffin Theatre Company’s Studio Artist, Melbourne Theatre Company’s Women in Theatre mentee, and ATYP Resident Playwright. She has been an ATYP board member since 2018. 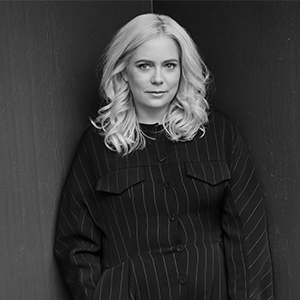 Eloise Snape completed a Bachelor of Media in Writing at Macquarie University and received a scholarship to study in London. She also attended Actors Centre Australia and holds an Advanced Diploma of Performing Arts majoring in Acting. She has worked extensively as an actor in both independent and professional theatre with the likes of Bell Shakespeare, Griffin, Sport for Jove, Redline Productions, Critical Stages and Outhouse Theatre. She was nominated for a Sydney Theatre Award for her performance in 4000 Miles, works consistently on screen, most recently in Voice Activated, which screened at this years SFF and the upcoming Colin from Accounts. She is also a voiceover artist for major advertising campaigns and networks. As a producer, Eloise established MopHead Productions whose first show 4000 Miles by Amy Herzog was directed by Anthony Skuse and nominated for numerous Sydney Theatre Awards. It went on to have a season at La Boite and a national tour with Critical Stages. In 2018, MopHead staged the Australian premiere of Tony award-winning play, Stephen Karam’s The Humans, directed by Anthea Williams and performed at The Old Fitz. It was a critical and commercial success. Eloise also produces in a solo capacity, having just worked with Ensemble Theatre Company on Celebrating 50 Years with David Williamson and Griffin Theatre Company on Golden Blood. Pony is Eloise’s debut play and it was shortlisted for the Queensland Premier’s Drama Award 2022-23, the Rodney Seaborn Playwrights Award 2021 and the Patrick White Playwright’s Award 2022. 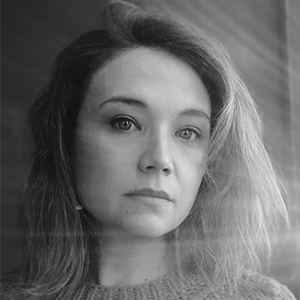 Katy Warner is an award-winning playwright and writer. Her plays have been produced in Australia, London and New Zealand. Works include Grace, Spencer, A Prudent Man, Paper Doll, Reasons to Stay Inside and Dropped. Awards include an AWGIE for Best Children’s Play, the Melbourne Fringe Award for Best Emerging Writer and nominations for the Victorian Green Room award for new writing, the Martin Lysicrates Prize and Lysicrates Prize. Katy was a commissioned playwright for Old Fitz and Playwriting Australia’s New Fitz Writers’ Program and Red Stitch Actor Theatre’s INK Program. She was a playwright in the Besen Family Artist Program with Malthouse Theatre and part of Melbourne Theatre Company’s Women in Theatre and Cybec Electric programs. She studied at the Victorian College of the Arts, receiving a Master of Writing for Performance in 2012. Her fiction has received the Rachel Furnai Prize for Literature (Lip Magazine) and Overland Magazine’s Neilma Sidney Short Story Prize. Her writing has been shortlisted for awards including the Lord Mayor’s Creative Writing Prize and Grace Marion Wilson Emerging Writers Prize and has appeared in Best Summer Stories (Black Inc.), The Slow Canoe and Overland Magazine. Katy’s debut novel, Everywhere Everything Everyone, was published in 2019 by Hardie Grant; and was shortlisted for the Readings YA Book of the Year Award. Her second novel, Triple Threat, will be released by Hardie Grant in September 2022. Katy is a proud member of the Australian Writers’ Guild.