The wheels in the gravel driveway. The door.  Him coming home. I was waiting because I hadn't seen him in a long time. I hadn't been alone with him in so long…

After a decade under siege – a city has finally fallen.

But ten years have taken their toll on an officer returning from this overseas campaign. Attempting to put the horrors of war behind him, it is time to see his wife once more. Except the woman he remembers is not the same woman she once was. With a new lover beside her, a very different battle must now play out – inside the family home.

Don’t Say the Words, a brand new work from Tom Holloway, opens at the SBW Stables Theatre on July 4. Inspired by Aeschylus’ Agamemnon, yet set in a contemporary Australian landscape, Don’t Say the Words is an ‘epic-in-miniature’. 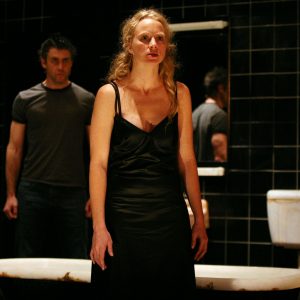 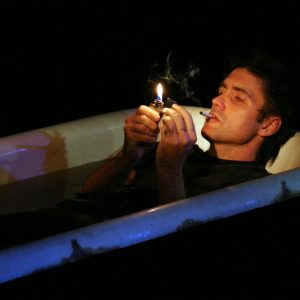 Tonight marks Emma Harvie's first performance in 'Wherever She Wanders', taking over the role of Nikki from Emily Havea. A massive chookas from everyone at Griffin!

WHEREVER SHE WANDERS
By Kendall Feaver
Until 11 December
Book now: https://t.co/nmxPnjRUKB