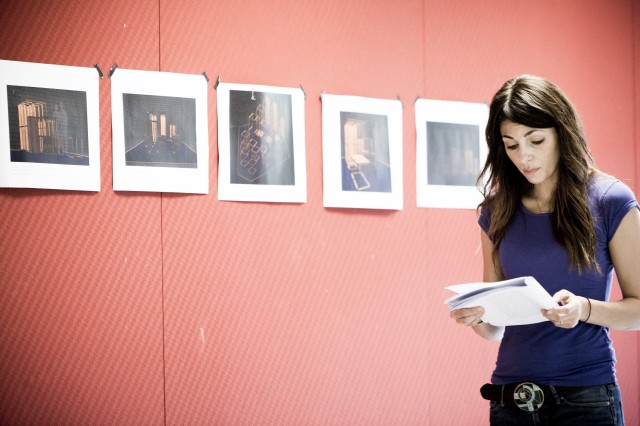 The final part of Van Badham story of the drama behind The Bull, the Moon and the Coronet of Stars.

I will remember my first summer in Melbourne as one that involved my face buried in beige carpet (this is not a euphemism), tear-stained cheeks and a heaviness in my limbs I could not shift for trying.

I had taken my dream job as the Artistic Associate at the Malthouse Theatre. I had discovered a beautiful Art Deco apartment in the very centre of Melbourne’s decorous CBD. I had realised, painfully, that the black-haired artist would not be following me and the breakup was concluded, undreamily and indecorously, with one word over a Skype conversation: “enough”.

And so, I sobbed. I howled. I ate entire tubs of ice-cream and one memorable afternoon was spent in a “group mope” with other suddenly single friends, listening to all of Fleetwood Mac’s Rumours on repeat and eating Nutella out of the jar.

Other evenings were spent with Tom Holloway – my fellow playwright, frequent colleague and companion-of-my-vocational-nature. Kind, brave, marvellous Tom was also recently out of a relationship he had also thought would last forever, and reunited in Melbourne after a friendship that had been forged between London (me) and Oslo (him), we were spending a lot of time walking around Melbourne describing the flow of smoke around the embers of our individual burnt-out dreams. We watched theatre and got cranky at it. We ate glossy Chinese food in late-night restaurants.

I was weepy; he was angry. This was an interesting inversion – Tom is known for work of a tender, emotional nature. And No More Shall We Part is about a couple facing death. Beyond the Neck is about the aftermath of tragedy. Me, I’m known for political plays with the plots of action movies: guns, bombs and jokes about genitals. And over these conversations I mentioned to Tom that I must’ve guessed my relationship was dying when I wrote a play about adultery…

This is the blessing of friendships between writers. I did go home and think about The Bull. I picked over the events in my head, and tried to imagine, without altering a single thing that had happened, how the characters within it could find happiness amidst the debris of misplaced affection. And when Matt Lutton at the Malthouse asked me which playwright I’d recommend for an adaptation of Dance of Death – Straindberg/Durenmatt’s brutal play dissecting the world’s most dysfunctional marriage – I knew who had that kind of anger to burn… and Tom leapt at the chance.

A year later and the breath of life created in the inspiration of an idea fills my lungs, and Tom’s. My heart reknit over the process of writing The Bull, the Moon and the Coronet of Stars. Without speaking for Tom, I can vouch that Dance of Death is hilariously vicious, the man himself throwing parties without a scrap of Fleetwood Mac in earshot.

So my play, my romance of missteps, mistakes and aching complication, is in many ways a love letter; to the the idea of love, that two playwrights doubted momentarily but through time and patience gently regained; to the process of writing, that vocational alchemy that transforms all pain into blessing…

The Bull, the Moon and the Coronet of Stars opens at Griffin 2 May. Book online

SO THE STORY BEGINS…. PART 2 THE BULL MYTHOLOGY EXPLAINED