Rita Kalnejais on Writing First Love is the Revolution

Rita Kalnejais is the playwright behind Griffin’s final play of 2019, First Love is the Revolution which is on at the SBW Stables Theatre in Sydney until 14 December 2019.

Rita recently chatted to Ben Neutze from Time Out Sydney about her inspirations in writing the play and her experience s as an Australian playwright living in London. 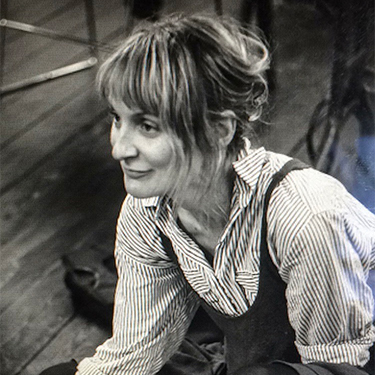 Q. First Love is the Revolution played London in 2015, but is only now getting its Australian premiere. What’s taken it so long?

I guess it just didn’t feel right for theatres until now. Now, I look at the space and the actors and the creative team and director, and I feel like – great! Everything fell into place perfectly!

I think theatre has to speak to what’s happening in the place it’s being made and speak to its audience about something alive for them right now. I imagine there’s certain themes in the play that feel more active now than four years ago. It’s a very fox-forward play, but it also was me exploring human violence and othering, and how we dehumanise others because we’re afraid. There’s a lot of extremism in the world – a lot of progress and backlash. Maybe it’s feeling more relevant because of that. But also, it’s a first love story and maybe that’s why it’s speaking to people now – because it’s a good time to feel in love and like anything’s possible and we’re not defined by how things have been done in the past.

Q. It’s quite a whimsical premise – can you tell us about it?

It’s about a boy and a young female fox who fall in love and they sort of radicalise each other. I didn’t feel very qualified to write humans when I wrote the play. I was having trouble speaking British English and just acclimatising. It was much more freeing for me to write animals. And I was fascinated by foxes – these wild animals roaming through civilised London, and walking beside you at dusk and dawn. My god, why wouldn’t you write about them?

I don’t know about the word whimsy. I take all the characters and their fleas and mange and drinking problems and social anxiety pretty seriously when I’m writing them.

Lee Lewis is directing the production, and always finds a way to make big-thinking plays fit into Griffin’s tiny theatre. Are you excited to see how it’s reimagined for a new space and audience?

Totally! Im really excited about it. I love that space. I love being in the audience and I loved acting there. It’s like, if you’re in that theatre you have to be present and up for playing – you can’t go to Griffin if you have really bad jet lag or you’ll seriously be in hell. I think it will be really fun to see the play there.  Also, it’s a small space – the play gets messy – so fun. And so right for a fox den! And Lee will be Great. She directed one of my favourite productions of all time, Stoning Mary by Debbie Tucker Green. This is very different but I think she’s so brave with her choices and big-hearted too. Also the cast is amazing. I have particular love for Matthew Whittet, who is so clever and funny and kind and talented, and a very dear friend.

Q. You’ve recently had your play Babyteeth turned into a film. What was that experience like?

It was a great experience. Very long – from when it was optioned to when it opened in Venice was over six years. That was a long time living with the material but a very normal timeline apparently. I was enormously lucky. I got to work with Jan Chapman, who is so brilliant and really taught me how to follow my instinct and sit with not knowing until I knew; and Alex White, who fiercely fought to get it made, and Katherine Slattery who is brilliant with development. I learned to write film doing this project. And I got to work with Andrew Bovell through Aurora and some great development folk at Screen Australia and Screen Victoria, and then ultimately with Shannon Murphy who directed it and was very bold and inspires the people around her to take risks and be their best. She’s a born director – collaborative, but a powerful gut response to what works. Also, we had the most beautiful brilliant cast. For the play and for the film.

And when we opened in Venice my parents ended up on the red carpet with us, which was one of my favourite things. The process of developing was sometimes hard – I had a few times of feeling my heart break in it – but I love film and I loved the people I worked with. And I learned my craft and I’m very proud of the result.

Q. You’ve also written a lot for London and have lived there for quite a while. What are the differences between being a playwright in Australia and London?

I don’t know that it is that different. But I know as I write more I feel more confident and playful in the process wherever I am. There’s more money in the UK for development – though there were severe cuts a few years ago – but there is still a passion for developing plays here and nurturing playwrights. But to be honest I found that in Australia too. I think wonderful things are being made everywhere when the right constellation of people get together. I’ve done a few experimental workshops at the National Theatre where we’ve had to play with balls and that’s something I never did in writing workshops in Australia. I find those games very stressful and it makes me act out of control. Something I love about theatre in London is that it almost always has an audience. You see people queuing in the rain to see plays that got moderate reviews because there’s such a love for live theatre here. I find it exhilarating.

First Love is the Revolution is at Griffin’s SBW Stables Theatre from November 1 to December 14.