In conversation with Phillip Kavanagh

The other man has made a far wiser choice in his profession. (I want to say he works in finance? I’m not sure what wise professions look like exactly, but my limited understanding of how money works is that people with money work in finance because finance is a synonym for money, and when you work in money you’re allowed to take it home with you.) But he’s currently quite strained himself, planning for his wedding. (Much like my own brother, I note, who’s planning a large wedding reception at the Adelaide Town Hall and who also works in something like finance that I also don’t understand. Financial modelling? Accounting? Are these also synonyms for money?)

There’s an incredibly awkward pause. In that pause I see their relationship. They’re brothers. Not close but not estranged. Maybe they were once close? I’m not sure. But there’s something … else. It’s in that pause. Just there. Something … charged? Dangerous? Profound? Something … (for fuck’s sake someone say something!) Man Two offers Man One a beer (thank you) and they drink. And then they disappear. 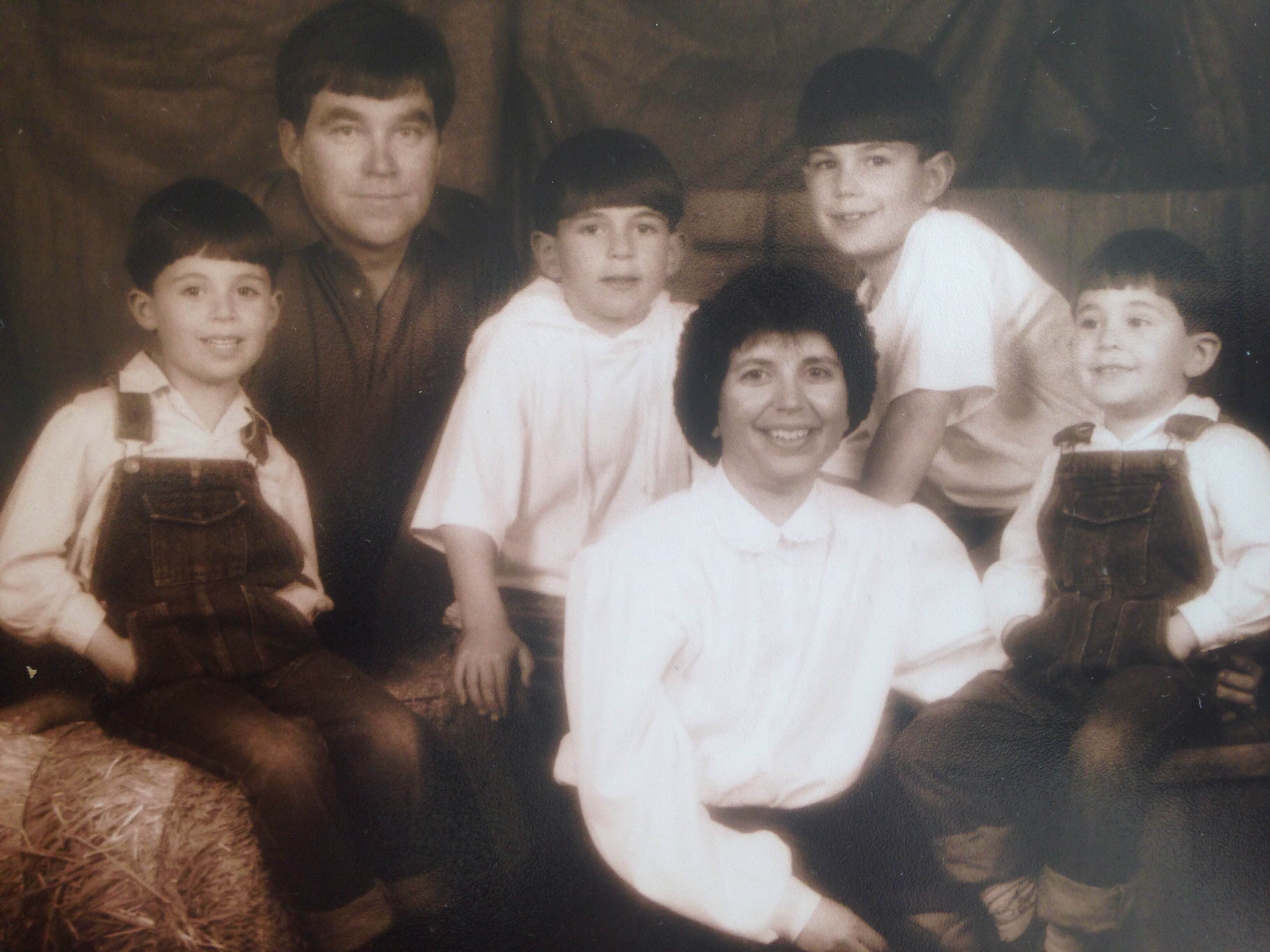 I knew I was writing a play about memory. Before these two men existed, I’d been consuming fiction and non-fiction about memory voraciously—plays, reference texts, films, novels, documentaries, podcasts, journal articles—but I didn’t know how it would manifest. I was drawn to the fallibility of memory—that all memory is constructed from fragments and is essentially guesswork. That we change our memories the more we access them, that over time we no longer remember an event, but instead remember remembering it. I felt this couldn’t be truer than of childhood memories.

I was also interested in the shared identity of a collective. In how collective memory requires consensus of individuals who have shaped their own identities on fallible, narrativised recollections of their past. Siblings felt like the perfect distillation to explore this much larger idea—individuals who are shaped by a shared history that they recollect differently. I felt the collision of those different pasts was the key to everything. 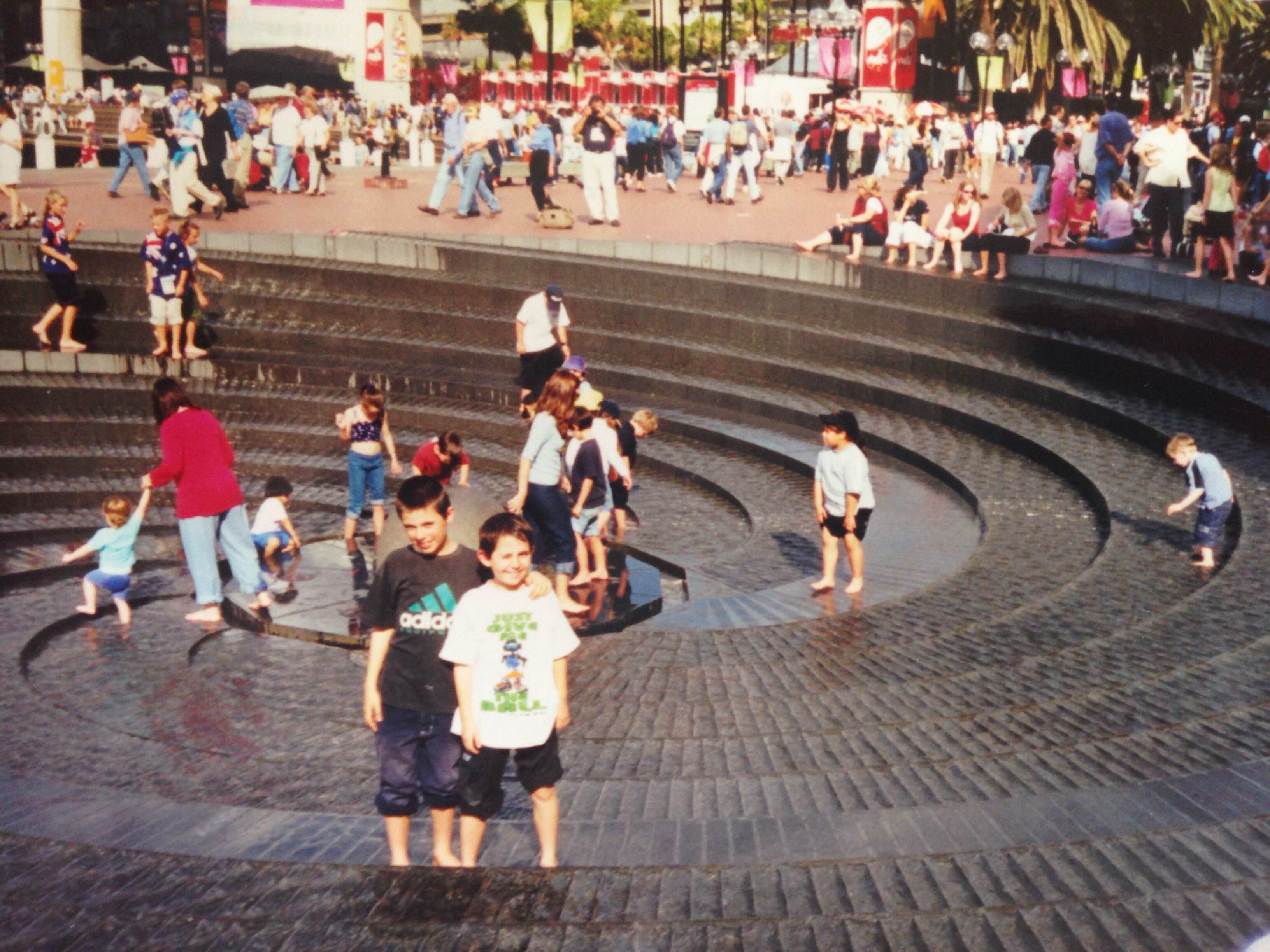 So when the brothers disappeared from the sofa, I chased them. They moved through their lives and I ran behind them, unseen, notating their speech, desperate to learn where they were taking me. As I was dragged deeper into their present, their past began to rise up. That pause again. And then something strange emerged. Something I wasn’t expecting. Something that would change everything. 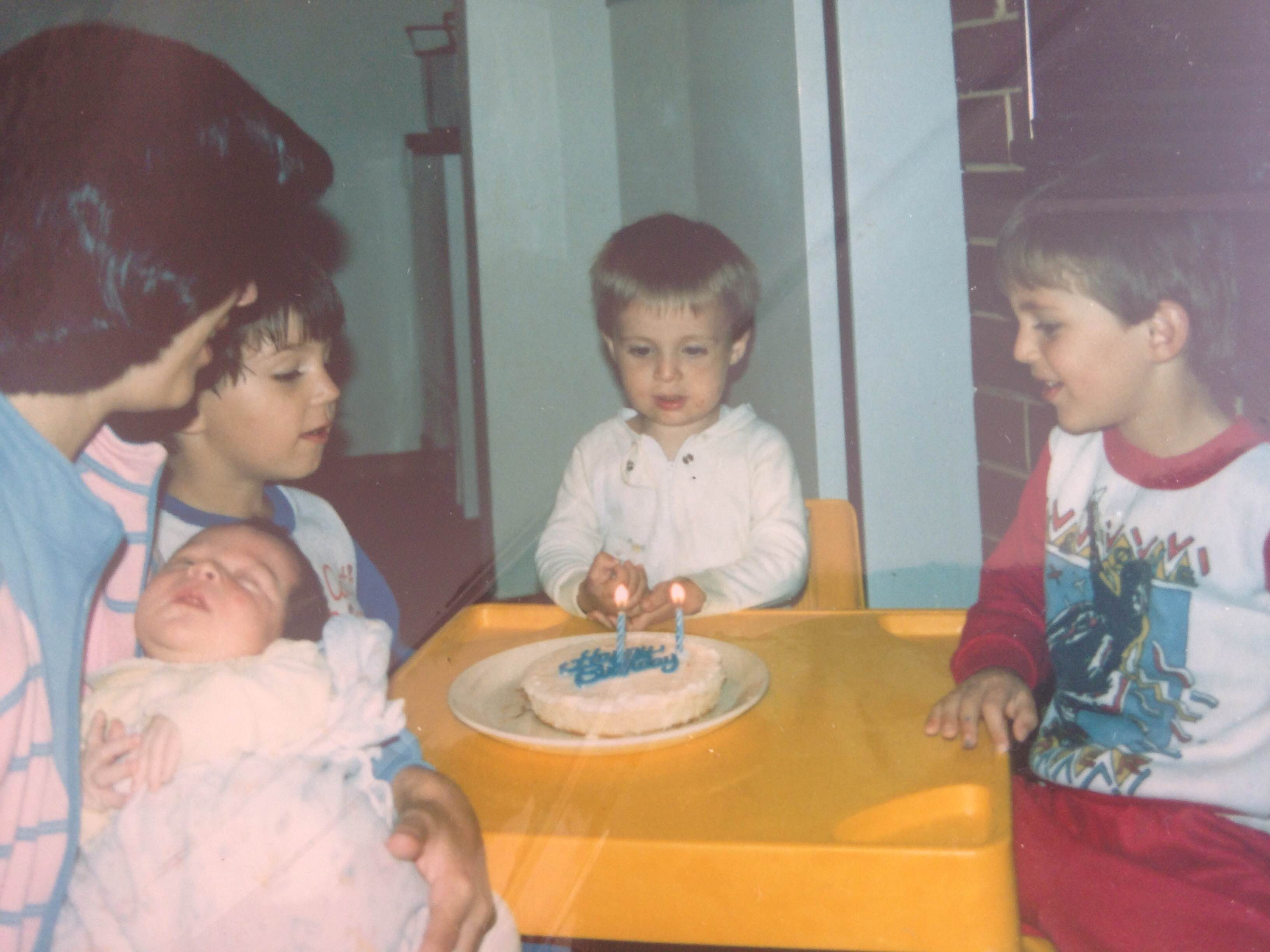 I wrote this first, rough, voyeuristic draft of Replay while studying playwriting at NIDA, under the guidance of Jane Bodie. I explored who these characters might be beyond the roadmap of this draft with acting students Joshua Anderson, Darcy Brown and Jake Speer, and directing student Derek Walker. And then the play was given its first life in a reading directed and dramaturged by Sarah Giles. It was working with Sarah to present the text to an audience that I first understood its mechanics. 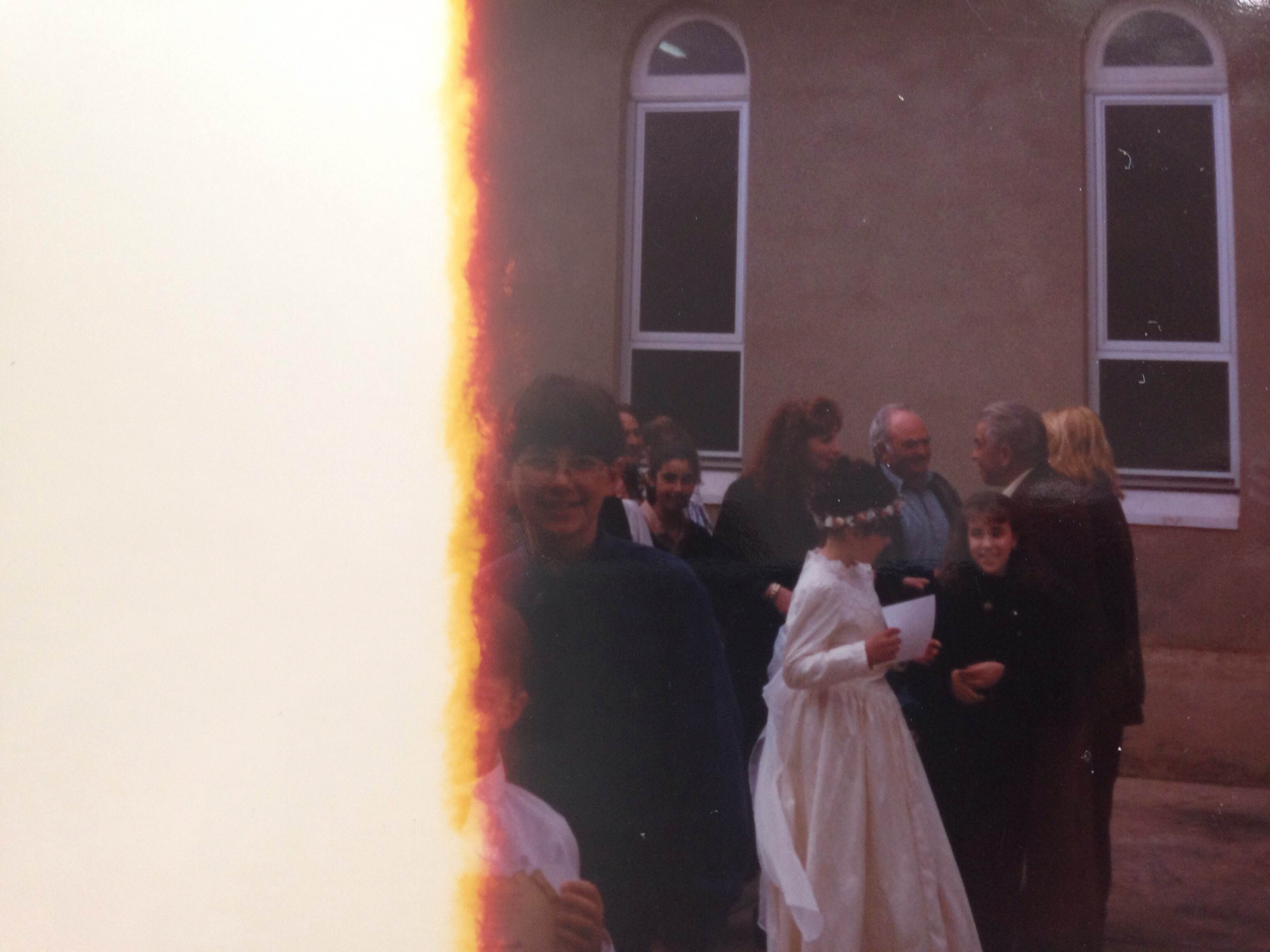 This reading at NIDA was where Replay first met Lee Lewis, who sat in the audience and later that night texted Jane two words, “Good play.” Lee and I have been interrogating it together ever since, unravelling the characters, the themes, the rules, the possibilities, the twists and the turns. It’s because of Lee’s investment in the work that it will reach Sydney audiences in 2016, and I am so excited to be working with her to make this happen. We’ve been dreaming this work together since 2012, and I couldn’t wish for a better partnership to see it through to reality. Griffin feels like the perfect home. There’s something about the intimacy of the Stables that invites audiences to follow a play wherever it wants to take them, and let words transform into worlds.

I was lucky enough to win the Jill Blewett Playwright’s Award for Replay in 2014. This award, part of the Adelaide Festival Awards for Literature, provided a commission for a new play with State Theatre Company of South Australia. With this new play, I trusted in the lessons that Replay taught me and began chasing an impulse and little more. I filled myself up with reading and watching and listening. This time, I began these very early stages with the director (Nescha Jelk), and we were given space to open up this dreaming to a cast of actors. And now I have to write it. I’m in the middle of this at the moment. It’s a terrifying place to be, when a play could be anything, and any choice feels as right (or wrong) as any other. 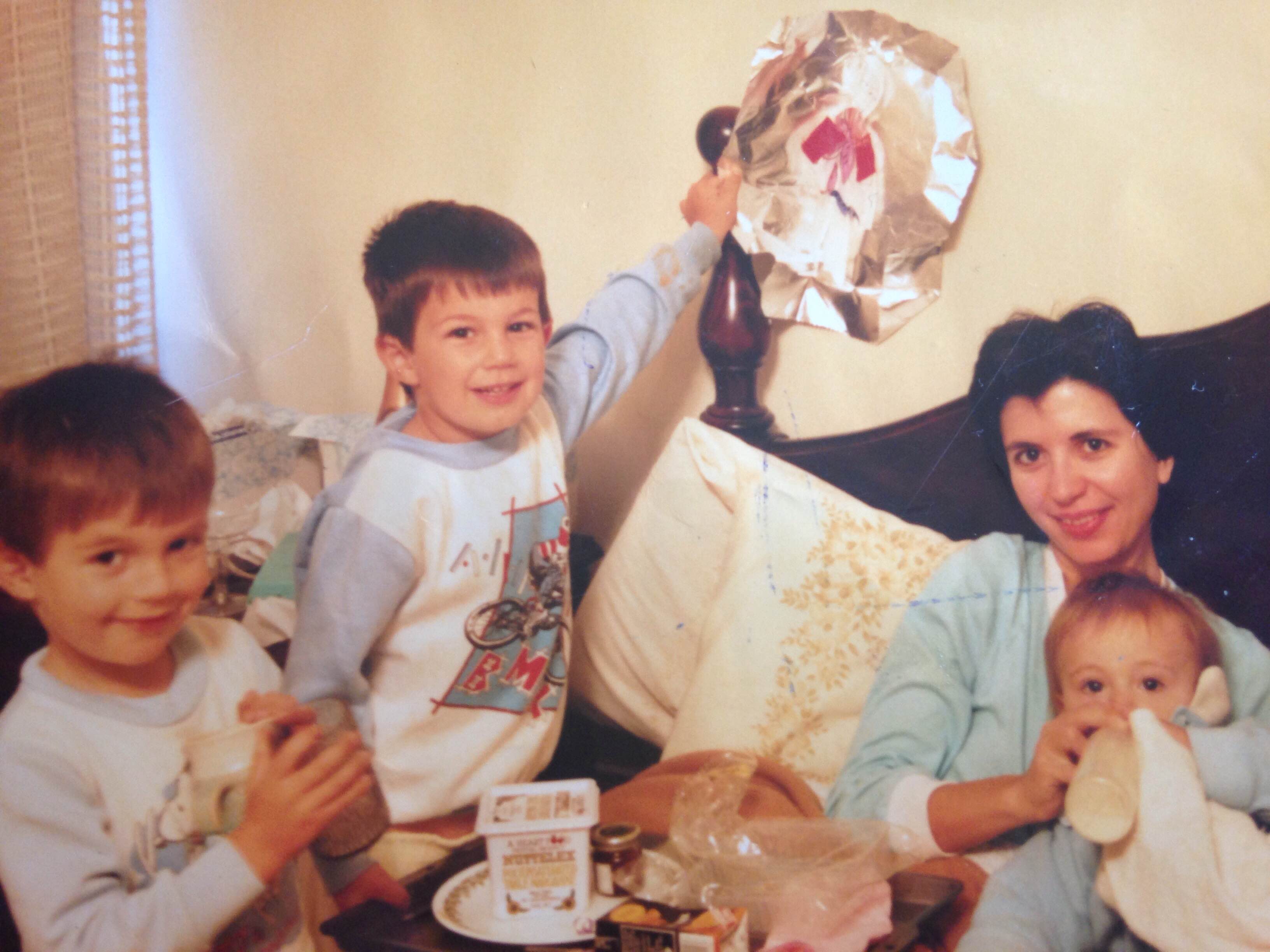 But I keep finding myself thinking back to that sofa, and what grew from there. And maybe I’m misremembering, maybe I’m editing out the sleepless nights, the panic attacks, the meetings with Jane where I wanted to cry because I didn’t know what happened in my play yet, the fear. But I find myself caught in the same game yet again. Sitting in an imaginary world, following invisible people around, fingers poised at the laptop, waiting from them to speak. I just really hope they say something worth hearing.

A message from Lee, 2 December All 2016 shows now on sale