I started off more than ten years ago as a spoken word poet, but I had zero ability to memorise my poems. Realising that I could write words and have actors memorise and perform them instead was a game changer!

I have never looked back from there, and now I work as a dramaturg and director too. I still believe spoken word poetry is the most accessible of all of the performing arts. You don’t need a set, costumes, or industry contacts; all you need is an audience and your words. Having transitioned into working in theatre, I always work to make the storytelling just as accessible for audiences.

My play, ‘Bombay Takeaway’, is about two recent arrivals to Sydney, a young man from Newcastle and a slightly older woman from Bangladesh, who meet and become friends in Kings Cross. Both Sami and Fatema are trying to find their feet in a big new city and hiding things from each other as they get closer.

I’ve always been interested in close relationships, like mother and daughter, brother and sister, first loves, and childhood friends. I wanted to chart the relationship between two people who have met and formed a bond in unlikely circumstances (at the eponymous takeaway in Kings Cross), and why and how they hang onto this bond as truths about them emerge.

I think today’s stages are a lot more representative of the world we see around us, and I’ve seen that shift even in the seven or so years since I moved to Sydney and began working more and more in theatre. We have more space for culturally diverse stories and that’s a really exciting thing. This story is a quiet one, about lonely people transplanted from one city, or country, to another and who are looking for home and a sense of belonging. I think people feel that regardless of cultural background, gender or sexuality.

It’s been a long journey, of four or five years or so. Parts of this work have been developed and shown at Contemporary Asian Australian Performance’s Longhouse (as ‘Mumbai Masala Palace’). I also worked on it when I was a Griffin Studio artist back in 2019 and showed some of it at a Griffin Scratch that year. The latest bit of support came through a CreateNSW’s Rapid Response grant earlier this year which paid for actors and a dramaturg, Jane FitzGerald, to work with me on it. We sat around my kitchen table for an afternoon, reading the play, eating cheese, and discussing the characters, and it was brilliant!

The story and the setting have been swimming around in my head for a lot longer though, probably since I moved to Sydney – specifically to Kings Cross – in 2015. The biggest change in that time was taking it from two characters to four, to round out the lives of our two protagonists, Sami and Fatema.

The last three shows I watched – Golden Blood at Griffin, Moon Rabbit Rising for Belvoir 25A and Top Coat at STC – have been really exciting to me as there are female creatives of Asian heritage at the helm of all of them, with either all- or majority-Asian-Australian teams. I feel like I’ve been waiting to see this my whole life and it’s finally happened, with such excellence on display!

I’ve also just finished watching Mystery Road: Origin and loved it. I’ve enjoyed seeing what happens with storytelling when the people who are at the centre of the stories are the ones who get to tell them. The series has Indigenous directors, writers and creatives across disciplines, and I think that is at the core of what makes it a really great piece of television. 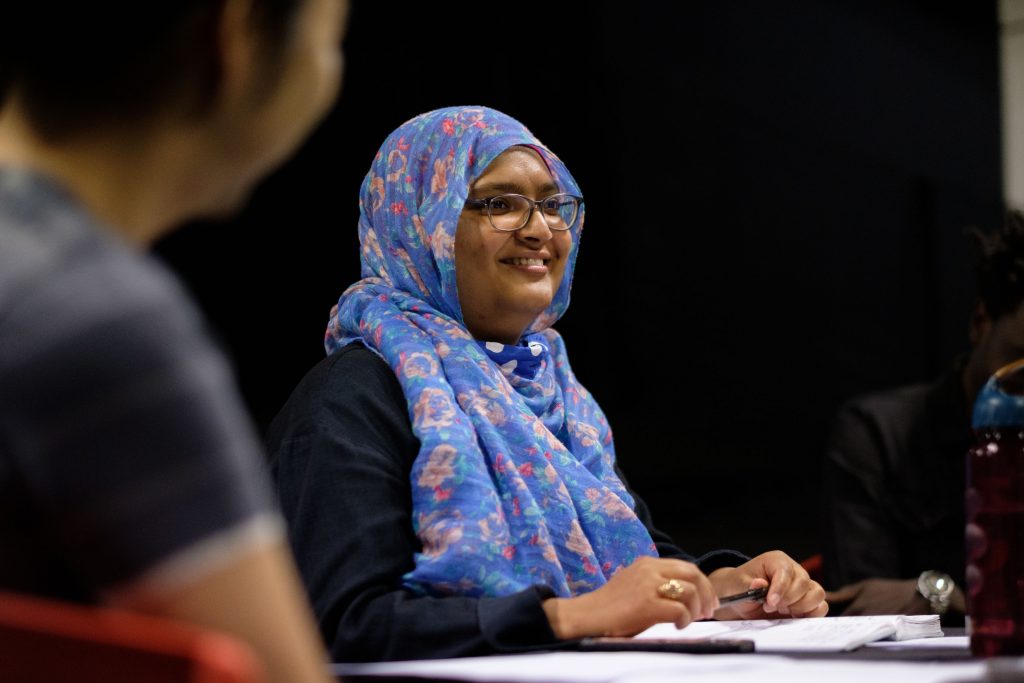 A Note from Declan, 4 August