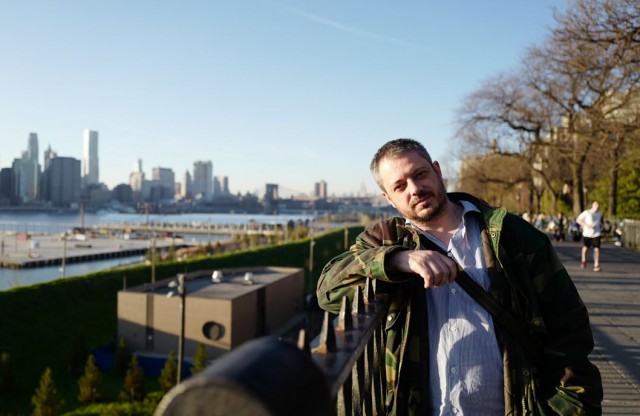 You currently live in Iceland. Has this distance given you a new perspective of Australia?
Yes, Iceland is now my home. I haven’t lived in Australia for the last decade — I was based in Berlin before Reykjavik. Through most of the 2000s, I was lucky enough to be working in Sydney, at STC and Belvoir, and in Berlin, at the Schaubühne. Being able to divide my time and theatre-making between those two theatre cultures certainly broadened my perspectives. For the past few years, I’ve been living in Reykjavik. I love it here. It’s isolated and extreme and dreamy. There’s something very elemental and wild in the Icelandic nature. It demands clarity, honesty and a kind of magical resilience from people. I can get quite homesick for Australia, so my perspective is somewhat coloured by the rose coloured glasses of nostalgia. Australians live in a kind of paradise — the weather is generally perfect, the food is fantastic, living standards are pretty great for most people. It can be dangerous to take this paradise for granted. Then a kind of cultural complacency and an overwhelming sense of entitlement can set in. As an artist in Australia, you have to guard against this — and ask yourself, how do you enjoy the fruits of paradise without becoming one of the lotus eaters? How do you storm paradise?

Tell me about Gloria’s setting.
I started with a constellation of people living in a luxury high rise apartment and began writing by listening to what was going on between them. Via the title role of the actress Gloria, the play became an inquiry into the porous membrane between art and life. The play is a series of overlapping realities. There’s a high rise condominium complex overlooking the sea. There’s a windowless suburban basement where a girl is kept by her father. There’s a city with a river running through it which gets swept up in riots and civil war. And there’s dressing rooms backstage at a theatre. The play depicts a fictional society — it suggests a highly privileged society breaking down into chaos and confusion. Like Australian society — or Icelandic or British or US etc — this society is a place where the gap between a corrupt, wealthy elite and the rest of society is becoming untenable. The people in the play are increasingly alienated from each other. Behind their anger and confusion, there’s a longing for connection, for meaning and poetry. Of course, I write with a kind of Australian inflection in the speech patterns — that’s my poetic voice. My imagination is heavily by influenced Australia. It remains my imaginative heartland. In my play Every Breath, there were hot nights under skies dense with stars, the scent of chlorine and jasmine in the air. A kind of all consuming sensuality was mixed with an undefined threat and creeping class anxiety. I felt all this this to be especially evocative of Sydney, but when the play was performed in Lisbon, they felt it spoke very precisely to their society.

How has your experience as a director informed your approach to playwriting?
I’ve been directing theatre for over 20 years. It’s my craft and my vocation. In absence of any religious beliefs, it’s the place I go to in order to understand what it means to be alive. I love working with actors in the rehearsal room. I love that collective search for emotional truth and deep understanding. I love experiencing how a great play comes back to life with an audience, like a glorious, terrifying exorcism. It’s rare when it happens, but when it does it transforms you. As a director, I’ve always been in pursuit of a theatre which is visceral, raw and bursting with life. I like plays which contain contradictions and which, by the sheer force of their being, shake up our ideas about the world. Great plays address us simultaneously at the concrete level of everyday experience and the metaphysical level of myth and dream. I’ve spent my career working on great plays by Tennessee Williams, Shakespeare, Beckett and Chekhov, as well as by radical contemporary voices like Sarah Kane, Marius von Mayenburg or Martin Crimp. The process of dissecting these plays and trying to bring them to life with actors in the theatre has taught me a great deal — about the life of the theatre, and the theatre of life. I bring all that to bear upon my approach to playwriting, but in the end my plays are deviations from my work as a director. They’re strange offshoots from the main branch. I’m a professional director, but as a playwright, I’m always a kind of amateur. I mean that in the truest sense of the word, meaning that the work grows purely out of love. I have never written a play for commission, and not as yet had a production in mind while writing a play. They’ve all kind of burst forth in downtime between directing gigs. I only ever write plays when an idea seizes me. I listen to the characters and try to transcribe what they say.

At the beginning of your career you worked with a lot of established actors, many older than you. What was it like to direct these performers at such a young age? Did these relationships influence the way you wrote your actress-protagonist, Gloria?
I have been privileged throughout my career to work with extraordinary actors. I have always been — and still am — in awe of actors. They have a crazy job. They have to bare themselves in public. Everything they think and feel, every thought, memory, emotion, every fibre of their being is the raw material for their work. They have to put it all out there. They must possess the boundless play of children, the frenzied imagination of a poet, the forensic mind of a detective, as well as gigantic hearts. Night after night, onstage, we ask them to go through experiences which in everyday life would send us straight to the madhouse or jail. Actors are like our emotional guinea pigs, researching the limits of human behaviour, helping us work through the questions we wrestle with. I was interested in writing a play which digs into this borderline experience of the actor. Like Myrtle Gordon, the character played by Gina Rowlands in Cassavetes’ film Opening Night, Gloria depicts an actress undergoing a breakdown. The slipping boundaries between role and life influence the form of the play. The play is a kind of demented love song to the theatre and to actresses in particular. 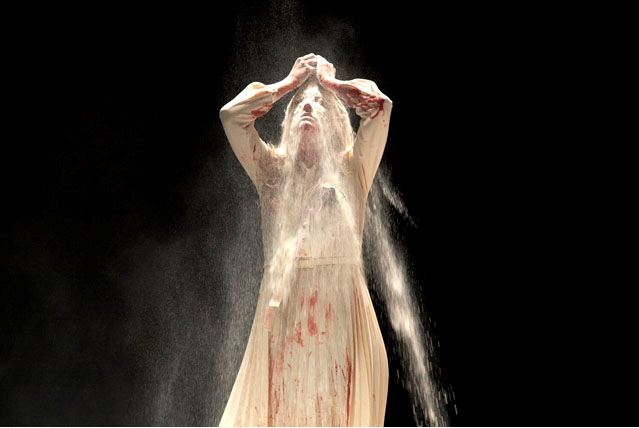 You directed Marta Dusseldorp in War of the Roses. What do you think she will bring to the role of Gloria?
Marta possesses a fierce intelligence and great emotional vulnerability. I’ll never forget her anguished fury as Margaret in the War of the Roses. Astonishing. She’s an actress who knows how to go all the way and that will be necessary for Gloria. It’s a huge, messy role — a challenge for any actress. You also need to be a bit of a diva to get Gloria, so Marta will need to let her diva loose. Look out.

In what ways does the Griffin space compliment Gloria?
Gloria is written as a series of interlocking realities. Like a game of Chinese whispers. The play is full of echoes, mirror realities, distorted harmonies. It’s slippery and elusive. It progresses with the disjointed, associative logic of a dream. I imagine that the intimate pocket stage at Griffin will work really well for the play. It will help crystallise and condense the play’s kaleidoscopic form. I also like the fact that the actors and audience are close — there’s nowhere to hide. There’s just the words, the performances — the sweat, breath and spit — right in your face.