The truck in Canberra arrives the day before us so it is unloaded and ready for us when we arrive.

Everything gets packed up straight after the final show in a venue, so I don’t have time to do laundry that night—it all gets sent off and I deal with it at the next venue. So one of the first things I set up is Wardrobe. I’ve seen a lot of different wardrobes/laundries in venues over the years and they vary wildly in terms of equipment, facilities and size. I’m pretty lucky in Canberra—you could probably fit six of the Griffin laundry inside it! 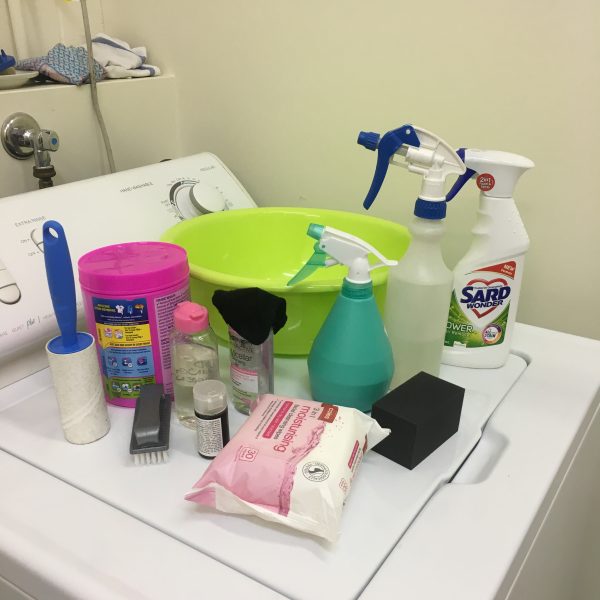 One of my biggest duties on Prima Facie is to make sure Sheridan’s costume looks like what a top barrister would pull out of her wardrobe—and not something that’s worn eight times a week (and definitely not like it’s been packed in a box and travelled interstate). We obviously don’t get her suit dry-cleaned every day, so I spend about an hour before every performance making it look like we do. I tour a number of supplies so I always have exactly what I might need and don’t have to rely on a venue having it. 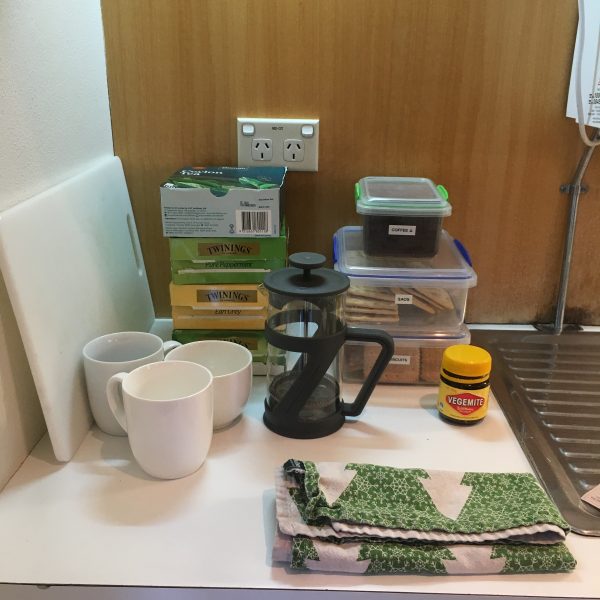 The next thing I set up is a little touring green room. Again, I tour everything I think we might need. Sheridan is a big coffee drinker so I make sure we always have a healthy supply and a plunger. 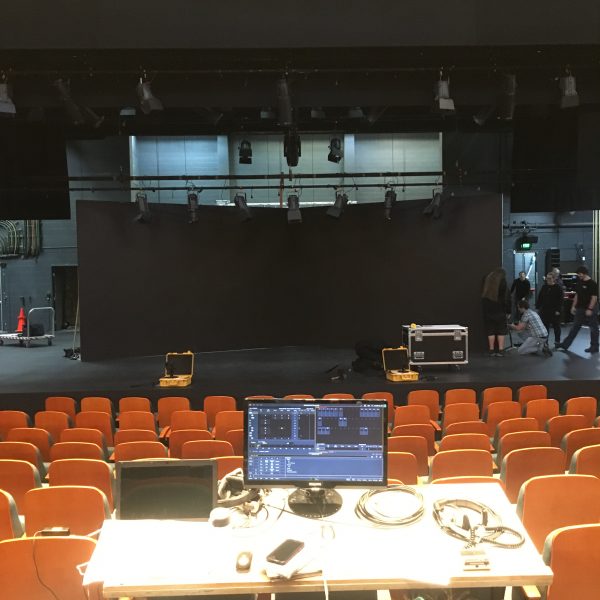 On stage, everyone is making great progress. The flats have been assembled and are standing up—they’ve had frames installed on the back of them to help them stand freely and will be removed later on once the flats have been rigged to fly.

The lights have already been hung, and the projectors are ready to go up next. The production desk has been set up in the auditorium. 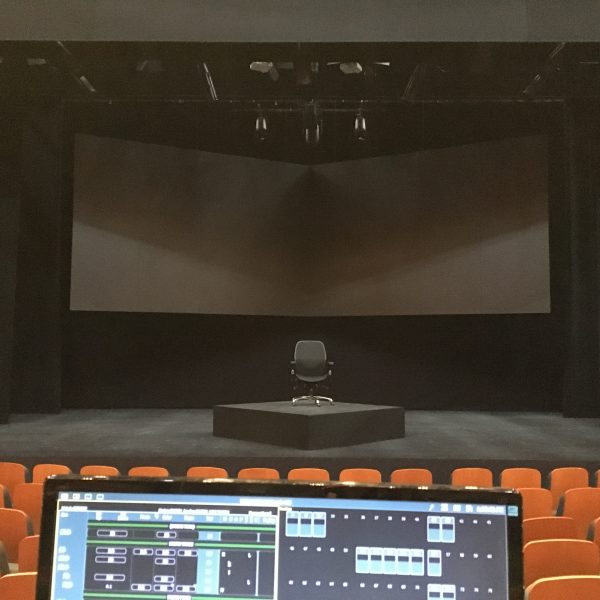 We get to lunch time and everything is looking great on the Playhouse stage. Lee comes in at this point to check that everything looks how she imagined and once she’s happy we can start focusing the lights and the projectors to the set. 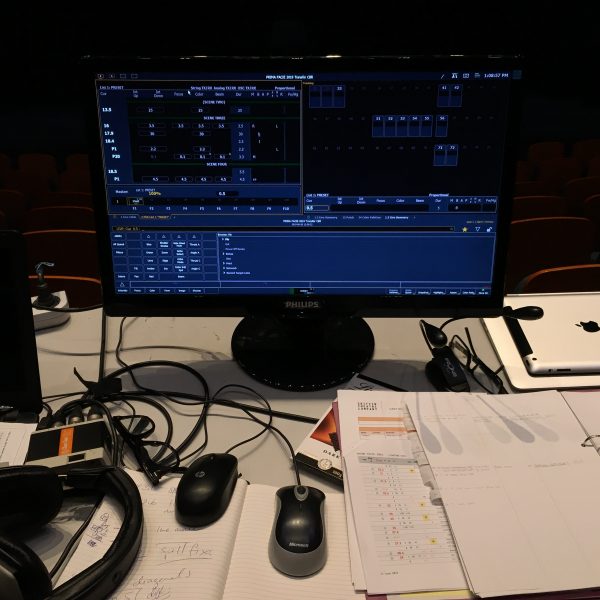 The afternoon is spent looking at all the lighting cues of the show from start to finish. We need to update the lighting console with new position information so all the moving lights point in the right direction and adjust the intensities of the lights because they’re much further away from the stage than in the Stables.

In the evening, Sheridan comes in and we step through the whole show to introduce her to the new lighting states and familiarise her with the new stage. We spend time here re-blocking the show to better suit a proscenium arch. 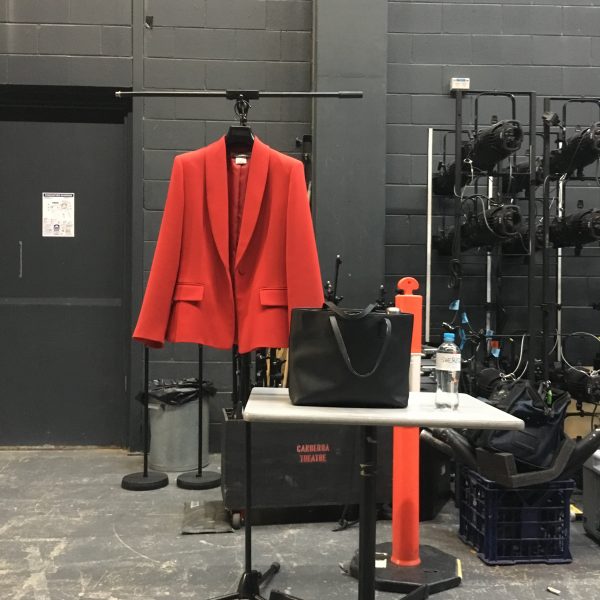 Prima Facie doesn’t have a lot of props, but we need to find a new preset position for Sheridan’s change between the two parts of the play—it was all hung on the theatre wall in the Stables. In Canberra I’ve set it sidestage, and used a microphone stand to hang the jacket.

We spend the morning addressing all our notes from the previous evening and doing some paint touchups. 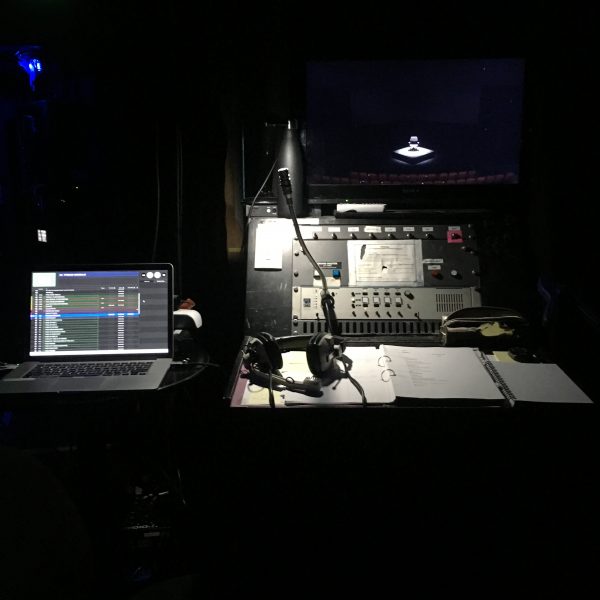 In the afternoon we have our dress rehearsal and I move to where I’ll call the show from. In Canberra I’ll be calling from prompt corner, which is sidestage just behind the proscenium arch. At Griffin the stage manager operates both lighting and sound (and anything else that can fit!) but in Canberra and Parramatta I’ll be calling the lighting cues to an operator while still operating sound myself. 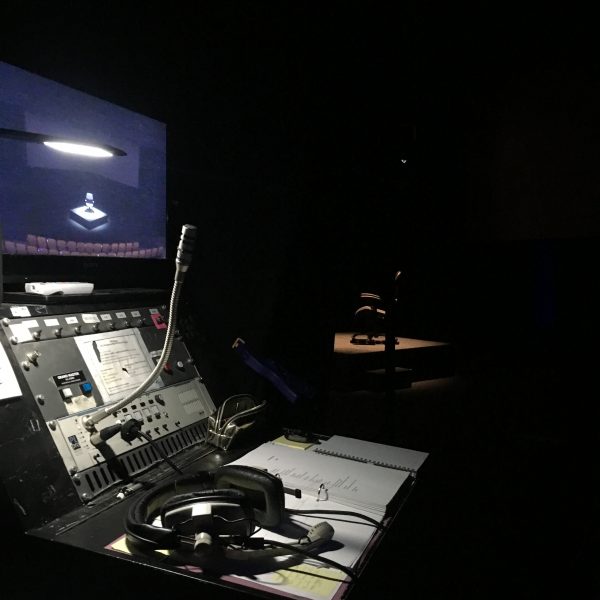 After the dress rehearsal there are some last minute fixes, and I clean and prepare all the costume items we need for the evening.

Once everything has been set and checked (and checked again) I give the house over to the front of house manager and the doors are opened for our first audience! 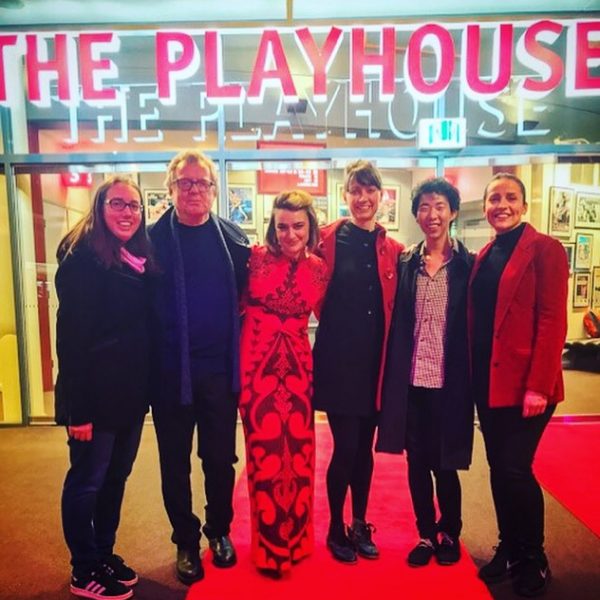 The curtain comes down and we head to the foyer for a well-deserved drink. All the creatives head back to Sydney in the morning and the next time we see them will be at the next venue. 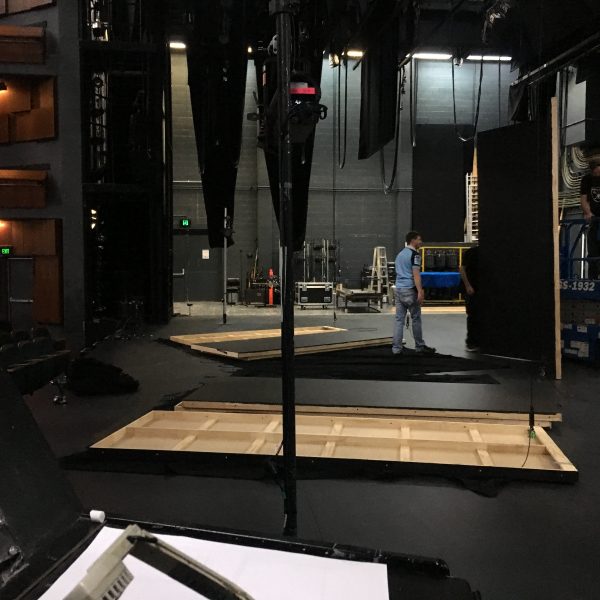 At the end of the final performance, as soon as all the audience have left, it’s all hands on deck to dismantle the production and load it out. The set is taken apart, the lights are taken down, costumes and props packed, and everything put on the truck ready to head to our next venue.

See you in Parramatta!