Jessica Bellamy is the writer and one of the performers of Shabbat Dinner, the next offering up at the Stables as part of Griffin’s Specials for 2018. We were lucky enough to pick her brain on all things Shabbat prior to the opening of the show on September 10.

What has it been like living with Shabbat Dinner over a period of several years? What has the journey been like?

It is a very exciting opportunity to revisit a work over multiple years. This play was first conceptualised by myself and Anthony Skuse in early 2013, as a small experiment at Rock Surfers’ Bondi Feast Festival. In the years since then, it has been given a few other chances—via Rock Surfers and Playwriting Australia—to have subsequent seasons. Each time I remount this show, I am able to access a new playing space, and all the theatrical possibilities that come with it. This show has been performed in an art gallery, two cafes, and an old bank. And now, at my favourite theatre space in Australia, the Stables. It is such an honour to be sharing this chamber performance in a theatre which is so central to Australian culture. This is a theatrical event which is so personal to myself, my family, and to our artistic team. As a result, the work shifts and changes as life changes: as I grow older (and hopefully a little more mature), as my cooking skills change (and hopefully improve) and as I grow as an artist. It is rare, as an Australian writer, to have more than one season of your work, so I feel really lucky to be able to answer this question at all.

What’s been the most memorable performance to date and why?

In 2015, Shabbat Dinner was programmed by Rock Surfers to be presented at the Spectrum Now Festival, in a pop-up venue at The Rocks. The show has a process: I start cooking the meal for the audience at around 2pm each day, for an evening show. In this case, I was set up next to a large glass window, as a strange ‘babushka’ installation, cooking my food and being photographed by tourists. On weekends, The Rocks would be thrumming with market-goers, so I could pause my cooking to buy some corn on the cob or lavender soap or whatever they would sell at the markets. I will never forget our final matinee in that week, artfully mistimed to coincide with the departure of a huge cruise ship from Sydney Harbour. The ship’s horn rang out multiple times through The Rocks as we struggled to be heard over its bellow. It was one of those unique ‘only in theatre’ moments: a story about migration being accompanied (and occasionally drowned out) by a boat full of travellers.

Who are your main artistic influences?

What’s the best meal you’ve ever had? Why?

Last time I stayed up at the Northern Rivers at my parents’ house, I had a piece of lightly-toasted sourdough, spread with thick macadamia butter and topped with a thin layer of delectable, ever-so-sour, plum jam. Game-changer.

Describe the show in 3 words. 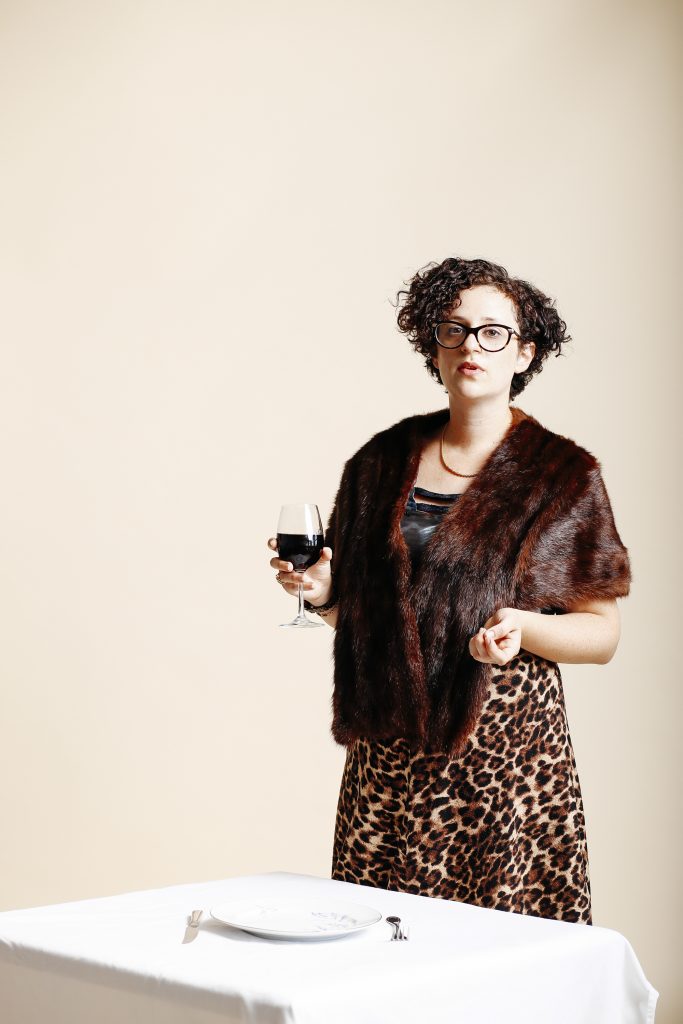