“I am not leaving until you give this the attention it deserves.”

At one of Australia’s oldest residential colleges, scandal is rare. Or, scandal that reaches the outside world anyway. Behind closed mahogany doors, there’s always quiet money to mop up the mess.

Writing the cheques this year is Jo Mulligan, the first female Master in the college’s hundred-year history. And for Nikki Faletau—student resident and aspiring journalist— this is a time for hope, for change, for reform…

That all changes when a serious allegation is made against a fellow resident. For Jo, it’s a case of boys will be boys. For Nikki, it’s yet another symptom of rape culture rearing its ugly head on campus. Kendall Feaver (The Almighty Sometimes) started writing Wherever She Wanders when incidents of sexual misconduct were being flung into the unforgiving light of the internet. In 2021, the play has only become more prescient. Online, there are no rules: social media is polarising political discussion, comments sections are as concrete as they are chaotic, and many vulnerable people are getting caught in the crossfire of a debate raging out of any one person’s control.

Please note, the wonderful Emma Harvie will be taking on the role of Nikki Faletau (currently played by Emily Havea) for the last week of the season.

How to use your Dine & Discover voucher for Wherever She Wanders:

To use your voucher for Wherever She Wanders at Griffin, call our friendly Box Office team with the below information on hand: 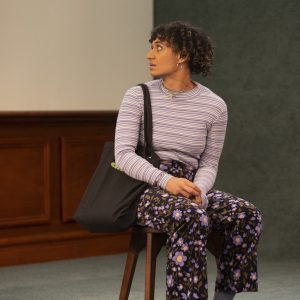 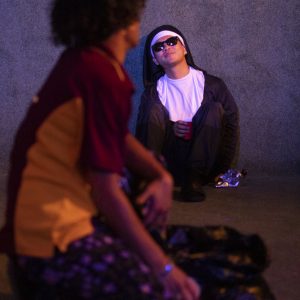 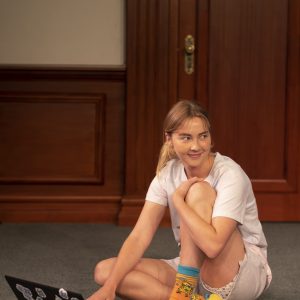 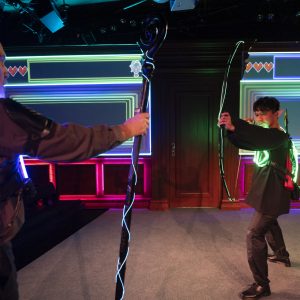 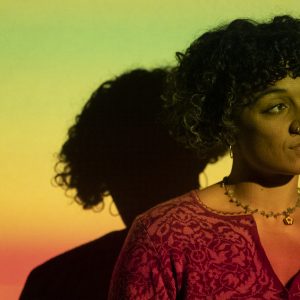 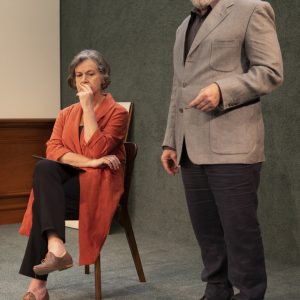 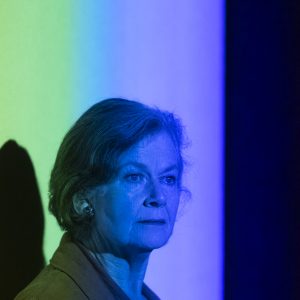 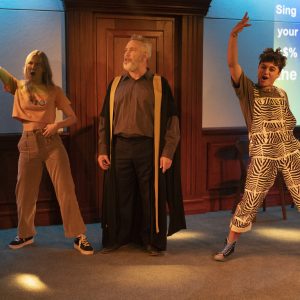 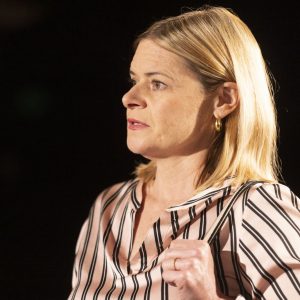 “Wherever She Wanders delivers a dynamic, sensitive and profound portrayal of consent, sexuality and race and tells of the complex and paternalistic ways in which authority and social status hold sway over the fraught and deeply personal issue of sexual assault.” ★★★★★—Raveena Grover, Audrey Journal

“Feaver has written into each very recognisable human frailties, which the whole cast embodies to their edges. Emily Havea is a galvanising presence on stage as the fiercely determined Nikki, and Fiona Press is her brilliant foil as a disillusioned feminist, emerging proud yet bitter from her own exhausting fights.” ★★★★—Kate Prendergast, Limelight Magazine

“After having seen Emily Havea (Kill Climate Deniers, Griffin) light up stages in supporting roles on the Sydney theatre scene for years… witnessing her step into a leading role was a welcome sight. She handles the roundabout of swings and misses, anger, determination, self-doubt and regret of Nikki with grace and clarity.” ★★★★—Alannah Maher, Time Out Sydney

“Tessa Leong’s cogent production clearly delineates the complexities of the play. In this she is ably assisted by an exceptionally strong cast.” ★★★★—Ian Dickson, Australian Book Review

“Wherever She Wanders takes the dark, vexed issue of sexual assault in universities, holds it to the light and illuminates it from many angles.” John Shand, Sydney Morning Herald

“Leong digs deep into Feaver’s clever and well-researched script, steering her enormous ideas and prowling debates into a deft and stylish production with a natural and satisfying rhythm – always seeking to find the humanity and hold it up to the light.” Cassie Tongue, Guardian Australia

“This is a very strong cast, especially Havea and Press. Feaver’s script and Leong’s production ask a lot of questions. How do generations of women talk with each other in their resistance to male violence and how do women respond?” John McCallum, The Australian

“This show invites discussion, debate and comment in such a stealthy way that the surprise outbursts of disgust, and the frequent laughter escaping, belie the simmering, percolating rage that someone hasn’t fixed this yet.” ★★★★1/2—Judith Greenaway, Reviews by Judith

“Presented by an amiable cast, with the vivacious Emily Havea as lead, bringing a valuable intensity to the earnest advocate Nikki. It is her vitality that gives the production, and the topics of discussion, a sense of authenticity and gravity.” Suzy Wrong, Suzy Goes See

“Wherever She Wanders is a poignant, ambitious and brave production and an important piece of new Australian feminist theatre. I cannot recommend it highly enough to anyone and everyone.” Michelle Sutton, Theatre Travels

“Director Tessa Leong has delivered a well-paced piece of theatre that artfully expresses the characters with an honesty and relatability, making it sadly believable that events like those unfolding on stage could be occurring in the hallowed halls of education around the country.” Jade Kops, Broadway World

“As a conglomerate story and setting, the set design by Ella Butler was a clean collegiate room with white plaster, dark wood moulding, and a nondescript green carpet. Govin Ruben’s warm overhead lighting amplified the blandly grim atmosphere. There is something eerie about rooms that remain anonymous even as generations pass through them.” Julia Clark, Night Writes Sydney

Wherever She Wanders contains adult themes and descriptions of sexual violence. If you have questions regarding the content of the play, please contact our Box Office team. 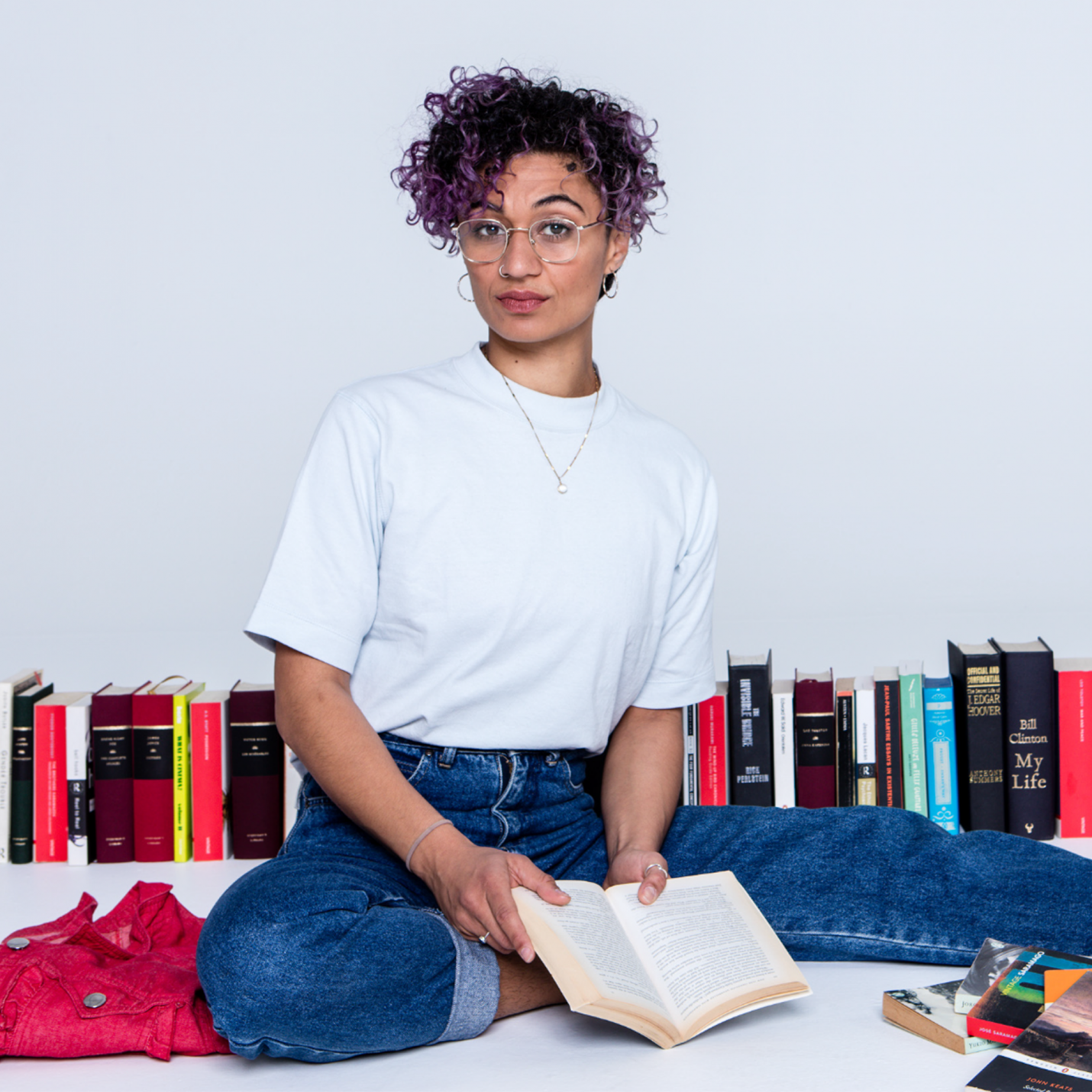