Fresh off the page.

Griffin Scratch is back this year with an eclectic array of truly innovative performance makers, writers and theatrical brains. Our Artistic Associate Phil Spencer has hand-picked some of the most extraordinary, ambitious and terrifying ideas for the stage and we are delighted to be inviting a new collection of artists into the building here for our 2018 Griffin Scratch. 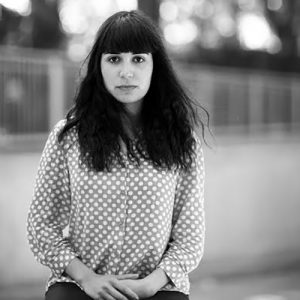 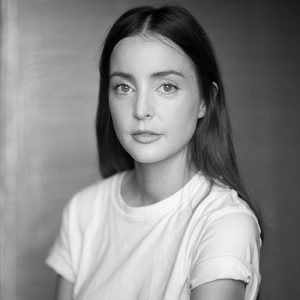 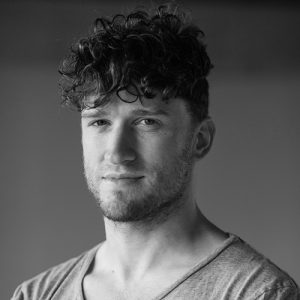 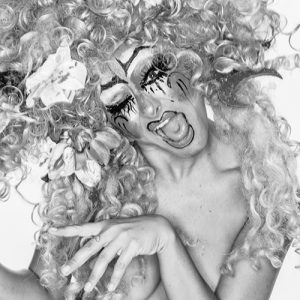 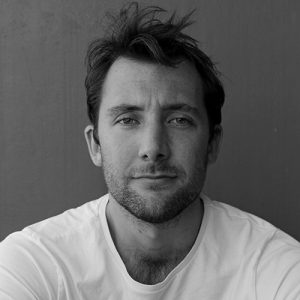 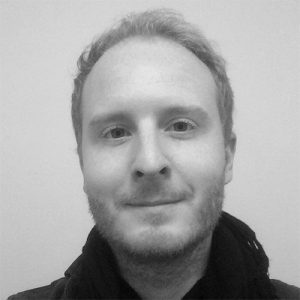 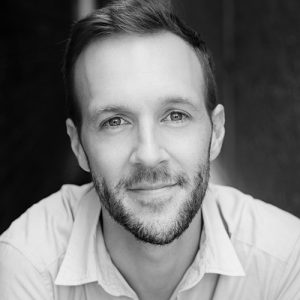 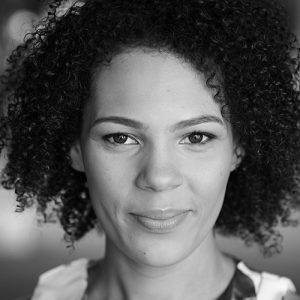 Yve Blake is an award-winning writer, composer, musical comedian and ruthless eavesdropper. After winning Playwriting Australia’s ‘Kicking Down the Door’ award in her final year of high school, Yve made her first solo show at age 18, which toured Australia and the UK. From 2012-2015 Yve lived in London, where she worked with Punchdrunk, completed the Royal Court Writer’s Programme and developed and presented her work at the National Theatre, The Barbican, Roundhouse, Bush Theatre, Soho Theatre and the Southbank Centre. At age 20 Yve created a website which asked strangers to send her their darkest secrets, then wrote a collection of songs inspired by these confessions. These songs became her second solo show, THEN, which returned to London by demand five times ina year and sold out the Soho Theatre. In 2016 Yve was awarded the inagural ATYP Rebel Wilson Theatremaker Scholarship to write and compose her dream project: FANGIRLS: a bloodthirsty musical based on interviews with hundreds of teenage fangirls, which will premiere in two Australian cities this year and is currently in development for the screen. In 2017 Yve was one of 14 artists selected for the inaugural Belvoir Artists’ Workshop. Yve is currently adapting Lisa Nicol’s beloved children’s book Dr Boogaloo and the Girl who lost her laughter into a stage musical (with Alice Chance) and contributing music and lyrics to Foreign Bodies, a musical about the global antibiotics crisis, which awaits a residency at Princeton University this August.

Surreal Showgurl. Obscene Beauty Queen. Wild Womanhood. Sex Clown. With ceremonial precision and deranged wit, Betty Grumble enslaves her audience with a powerful call to arms as she raptures in the complexity of the woman body as a political and playful site. A maniacal Feminist contagion and ecosexual, her award winning work has been critically lauded across the board. From the polished stages of Belvoir St & Griffin Theatre’s and Sydney Opera House, to the swampy dens of Sydney’s Queer Underground and International Fringes and Festivals. Grumble is a founding member of performance gaggle Gang of She and has her MFA in Fine Arts/Arse, her practice bounces from stage to street, screen to shawomanic ceremony. A totem critter and mantric wish towards Love Energy. Are you Betty to Grumble?\

Originally from Perth, Sam completed a Bachelor of Arts at Curtin University, majoring in Film and Television before moving to Sydney to study acting at the National Institute of Dramatic Art (NIDA). Since graduating, he has worked extensively as an actor in both independent and professional theatre and was nominated for Sydney Theatre Awards for his performances in Punk Rock and Journey’s End. As a writer, first full-length play, The Block Universe (Or So It Goes) earned Sam a place on the shortlists of both The Philip Parsons Fellowship and the Silver Gull Play Award. The World Premiere will took place in June, 2016 at the Old 505 Theatre and received a Sydney Theatre Award Nomination for Best Independent Production. Later that year, Sam was commissioned in the New Fitz Writing Program, leading him to write The Wind in the Underground, which premiered in May, 2017 and went on to tour to the Perth Fringe in 2018 where it was nominated for Best Theatre Show of the Festival. He also received the ATYP Foundation Commission and his new work, Charlie Pilgrim, will premiere at the Griffin Theatre in late 2018.

Rebekah Robertson is an emerging performer and writer from Western Sydney. Recently Rebekah’s performed in the premiere production of Fierce at Theatre Works; as Lindsay in The Bachelor Season 17 Episode 5 with La Mama/Brunswick Mechanics’ Institute and Aimee in Hashtag Lightie. Through the support of Queer Nu Work with Performance Space, Rebekah created Slow Dance, a performance installation which has been shown at Customs House Circular Quay and Peacock Gallery Auburn; Sugarush for Crack Theatre Festival; Smithereens at FR!SK/Melbourne Fringe and more. Rebekah was a 2017 Belvoir Artist Workshop Resident, completed a traineeship as an Emerging Cultural Leader with Footscray Community Arts Centre, is a current Lonely Company resident writer, a fake finance columnist and part of Afro Sistahs, a screen collective of diasporic African women. Rebekah is a graduate of the Victorian College of the Arts.

Declan is a theatre-maker and Resident Artist at Malthouse Theatre. As a playwright, his work includes Moth, Pompeii, L.A., Eight Gigabytes of Hardcore Pornography, I Am a Miracle, and The Homosexuals, or ‘Faggots’, which have been produced across Australia, Europe, the US, and the UK. Awards include the Malcolm Robertson Prize, the Max Afford Playwrights’ Award, the AWGIE for Theatre for Young Audiences, and the Green Room Award for Best Original Writing. Most recently he wrote the world premiere stage adaptation of Lars von Trier’s film Melancholia. As a director and dramaturg, works include Zoey Dawson’s The Unspoken Word Is ‘Joe’ (MKA / La Mama) and Conviction (ZLMD Shakespeare), Nakkiah Lui’s Blackie Blackie Brown: The Traditional Owner of Death and The Listies’ Hamlet: Prince of Skidmark (STC). Alongside Ash Flanders, Declan co-runs queer independent theatre company Sisters Grimm. He has directed and co-created all their shows to date including Little Mercy (STC), The Sovereign Wife (MTC Neon), Summertime in the Garden of Eden (Theatre Works/Griffin Independent), Calpurnia Descending (Malthouse Theatre/STC) and Lilith: The Jungle Girl (MTC).

Jessica Arthur is a theatre director and co-founder of the theatre company The Anchor. She is currently Sydney Theatre Company’s Directing Associate. Some of Jessica’s recent directing credits include: The Wolves at the Old Fitz, Lethal Indifference at STC, Realism at NIDA, INTOXICATION at the La Mama Courthouse and UNEND for Never Never Theatre Company at the Adelaide and Sydney Fringe Festivals. Jessica has also worked as Assistant Director at STC (The Harp in the South Pt I and II, Dinner, Chimerica and Endgame) and Melbourne Theatre Company (Miss Julie).

Currently Artistic Associate at Belvoir Street Theatre, Dom is a director and dramaturg. Recent directing credits include: Little Borders by Phillip Kavanagh (Old 505 Theatre, 2017), The Block Universe (Or So It Goes) by Sam O’Sullivan (Old 505 Theatre, 2016) nominated for Best Production in the Sydney Theatre Awards, Silent Theatre by Benjamin Law, Emme Hoy, Kerri Glasscock and Michael Piggott (Sydney Fringe, 2017), and On The Face Of Things by Alicia Osyka (WAYTCO/Perth Fringe, 2016). As an Assistant Director, Dom has worked at Sydney Theatre Company on The Testament of Mary (2017) and Sex With Strangers (2012), Melbourne Theatre Company on Straight White Men (2016), and Griffin Theatre Company on Hollywood Ending (2012). As dramaturg, Daisy Moon Was Born This Way (The Joan, 2017), O Mench (SCO/Sydney Festival, 2016) as well as companies like National Theatre of Parramatta, Griffin Theatre, Belvoir and NIDA. In 2013 Dom curated the 50 Year retrospective “The Legacy: A Celebration of the Old Tote Theatre Company”, directing several staged readings and curating two nationally televised panel discussions and a three-week exhibition. Other positions Dom has held include Literary and Programs Manager at the Old 505 Theatre (2017), Associate Producer (2017) and Acting Literary Manager (2016) at Belvoir Street Theatre, and Affiliate Director at Griffin Theatre Company (2012). Dom regularly teaches at NIDA and in his current position in the Artistic and Programing team at Belvoir overseas the curation and programing of 25a, the re-imagined independent season in the downstairs theatre.

Looking for a cracking Sunday read from The Saturday Paper? We love this profile of our AD @d_cl_n_gr__n_, written with flair by @dowsteve! #Griffin2020

New podcast! Angela Catterns listens to
@sacha_horler and Lucy and Hilary Bell tell stories of growing up in and around the Stables Theatre. Listen here: https://t.co/juTgoEAhuy #50YearsoftheStables

What @cassietongue said. Check out her twitter thread for an excellent round-up of iso-theatre to keep you sated over the next week! #Thirsty #WeWontLeafYou

This Thursday! Roshelle Fong's THIRSTY! gets an encore performance, streaming live on Griffin's YouTube channel, courtesy of our friends at Google's Creative Lab. Don your deerstalker hats, fellow iDetectives, and join us for a spot of interactive theatre: https://t.co/Q2FAoeeVez