Incubator – NSW Theatre (Emerging) Fellowship is set up in partnership with Create NSW to support artist development across the theatre industry in NSW.

Four emerging theatre practitioners in the early stages of their career will be selected for a three-month residency at Griffin Theatre Company to undertake creative development of new work and professional mentorship with the company. The shortlisted applicants will explore their project with input and support from Griffin to challenge and expand their practice.

At the completion of the three months, the Fellowship recipient will be selected from the shortlist to undertake a self-directed program of professional development.

Applications for the 2021 Incubator – NSW Theatre (Emerging) Fellowship are now closed. To keep up to date with the next round of applications, please visit the Create NSW website. 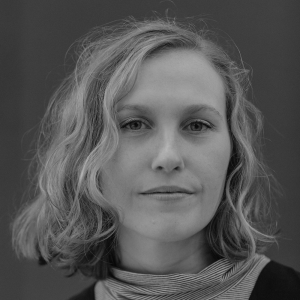 Ang is an emerging playwright originally from Newcastle, NSW. She holds a Bachelor of Arts (Languages) from the University of Sydney, and a Master of Fine Arts (Writing for Performance) from NIDA. Theatre credits include: as Playwright: for ATYP: Intersection 2017; for Bondi Feast: 24 Hour Party Playwright; for Bondi Feast/Griffin Theatre Company (Batch Festival)/Sotto/The Blue Room Theatre (Summer Nights): You’ve Got Mail; for Bontom/Red Line Productions at the Old Fitz: Chorus; for Griffin Theatre Company (Batch Festival)/Red Line Productions at the Old Fitz/ The Blue Room Theatre (Summer Nights): Blueberry Play; for Periscope Productions/Meat Market Stables: Huge Indoor Plant Warehouse Sale; for Q Theatre at the Joan Sutherland Theatre: Project Bestfriendship; and as Dramaturg: for Bondi Feast/Crack X Festival: MARS: An Interplanetary Cabaret; for NIDA: UBU; for Sotto/Old 505: SAFE. Ang has been shortlisted for the Griffin Award in 2017 and the Phillip Parsons Award in 2018, and her play MATE was awarded Highly Commended in Playwriting Australia’s Max Afford Award in 2018. In late 2018 she was the recipient of Create NSW’s Young Creative Leaders Fellowship, for which she wrote a new one-act play, Fruit Bat, in partnership with ATYP.

The Incubator Fellowship will provide Ang an opportunity to write a play about the climate crisis in Australia. Her program will consist of a self-directed research and drafting process, dramaturgical developments and a traveling research component to investigate theatre within the climate crisis. 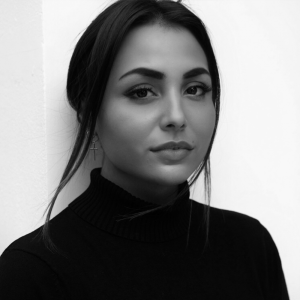 Justice Jones is a graduating MFA Directing student at the National Institute of Dramatic Arts (NIDA). Prior to her studies at NIDA, she completed her Bachelor of Music, majoring in Voice Performance, at the Sydney Conservatorium of Music. She is currently the assistant director of Home, I’m Darling with Sydney Theatre Company and is the 2019 BBM Global Industry’s Drama Scholar. With an interest in music and opera, Justice recently directed a production of Leoncavallo’s Pagliacci for the NIDA Festival of Emerging Artists and is currently directing a staged recital of Brahms’s and Granados’s  song cycles with The Song Company. As a director, Justice is passionate about diversity in theatre and believes that in 2020, it is important that the performing arts community continues to strive for inclusivity by providing platforms and opportunities for underrepresented voices.

The Incubator Fellowship will provide Justice with an opportunity to create a piece of theatre that explores the Middle Eastern immigrant experience by engaging with real stories from her own community and through international research in Germany, where a quarter of people have an immigrant background.

Before training as a theatremaker, Frieda worked for NGOs like UN Women, the Australian Human Rights Commission and the National Association of Community Legal Centres. She has an Arts/Law degree and a Masters of Human Rights. She graduated from WAAPA’s Bachelor of Performing Arts in 2016. In 2017, she worked with The Last Great Hunt to devise and perform in The Advisors (State Theatre Centre) and wrote and performed Bad Woman as part of 600 Seconds for Summer Nights. She was part of Black Swan State Theatre Company’s Emerging Writers Group and won the Malcolm Robertson Foundation prize for her play All His Beloved Children. In 2018, Frieda performed in A Ghost in My Suitcase with Barking Gecko Theatre Company at the Melbourne International Arts Festival and Improvement Club with The Last Great Hunt (State Theatre Centre). She wrote and directed The Inconsequential Lives of Little Fish at The Blue Room Theatre (nominated for five Performing Arts WA Awards). She won the PAWA Award for Best Actor in an Independent Production (Female). In 2019, she performed in A Ghost in My Suitcase for Sydney Festival and Perth Festival.

The Incubator Fellowship will provide Frieda an opportunity to focus on the development of her work All His Beloved Children, which is a playful, modern myth about sex, violence, depravity and the creator’s first children, as well as a homage to creation stories of world religions. 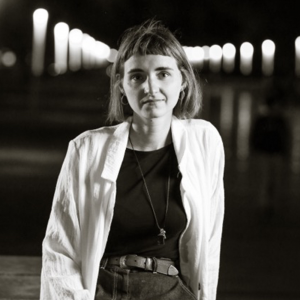 Claudia Osborne is a director of theatre and performance. She makes and produces work under kleine feinheiten. Claudia has a Masters in Directing from NIDA. Since graduating, she has worked professionally with Sydney Theatre Company and Bell Shakespeare. Her directing credits include Delilah by the Hour (kleine feinheiten 2020), Homesick (Old 505 2019), The Lady or the Tiger (kleinefeinheiten 2019) LULU: A Modern Sex Tragedy (NIDA 2018), God is a DJ (NIDA 2018), The Library of Babel (kleinefeinheiten 2017), and HeySorryGottaGoBye (2016/2017), which she co-wrote. As Assistant Director: The Real Thing (Sydney Theatre Company 2019), Titus Andronicus (Bell Shakespeare 2019). In October, she will direct Destroy, She Said, and adaptation of the book and film by Marguerite Duras, for Belvoir 25A.

The Incubator Fellowship will provide Claudia with an opportunity to create work from a uniquely feminine perspective, that provides an in-depth psychological and physical exploration into representations of the female body, exploring dark and difficult themes relating to teenage girls and the idea of womanhood.