Playwright Van Badham tells us the story of the drama behind The Bull, the Moon and the Coronet of Stars. Part 2 and 3 coming soon. 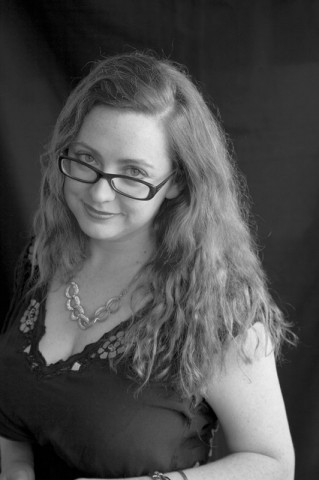 The first time I worked with the English director, Helen Eastman, it began with a curious phone call. “Van,” she said, “are you up for writing a quick two-hander about the UK elections, particularly touching on the issue of race relations and the British National Party?”
“Helen,” I said, “I’d love to… but I’m in Russia.”
“They’ve got internet in Russia, don’t they?” said Helen – a woman, you can imagine, somewhat notorious for a selective deafness to the word “no”.
I wrote The Wedge in the barely-held-together-with-sticky-tape “business lounge” of the Hotel Rossiya (since pulled down – perhaps, in part, due to its colony of wild cats on the unvisitable eighth floor) and emailed it away. I remember it cost more money to use the internet in Moscow than it did to buy a bottle of vodka – but, then, in Russia, vodka is cheap.
I was still in Russia when The Wedge was staged. I can only imagine it was received well as it was not long later that I received another phone call for the undeterrable Ms Eastman.
“Van,” she said, “are you up for writing a full-length play about the moral and religious arguments around the science of reproductive technology and cloning?”
“Helen,” I said, “I haven’t studied science since Year 10. I’d be hard-pressed to draw a diagram of a blood cell.”
“It’s great that you’re coming to it clean,” she replied. “We’ve got a meeting at the London Genetics Park on Monday.”
A crash course in genetics, a memorable interview with a red-sock-wearing High Anglican vicar and an intense weekend with the Koran later and The Gabriels hit the stage at my beloved Finborough Theatre, London.
As it was something of a bijou hit, I was unsurprised to hear from Ms Eastman again.
“Van – ” she began.
“Let me guess: you want an epic exploration of the collapse of the British Whigs?” I suggested. “A monologue about Congolese genocide? A boutique trilogy about the technology of terrorism in Spain?”
“Anything you like,” she said.
“Anything I like?”
“… as long as it’s a two-hander, for radio, inspired by a piece of pottery in the Ashmolean Museum in Oxford. I’m emailing you a catalogue.”
I selected my “inspirational potsherd” from her e-catalogue on sight: a raggedy piece of shattered ceramic depicting a man and a bull. Theseus and the Minotaur was a story inscribed upon the ceramic plate of my childhood obsession for Greek myths; I sensed the hot breath on my neck of the monstrous half-child wandering his labyrinth under the Palace of Knossos. I felt the threads of Theseus’ navigating string between my fingers and thumb. I saw Aegeas plunge into the blue sea at the sight of the black sails of his son’s returning ship: Theseus’ careless, miscommunicated signal that broadcast a false defeat rather than his legendary victory.
And the girl – Minos’ daughter – who had exiled herself from her family for love of Theseus… Who had given him the life-saving string…
… What was her name?
“It’s for people to listen to on headphones as they wander through the Ashmolean,” explained Helen.
“Of course I’ll do it,” I told Helen. “As if I could possibly say no.”

Book online for tickets to The Bull, the Moon and the Coronet of Stars.