Playwriting only came onto my radar when I got involved with MTC’s First Stage program back in 2019. Co-run by EWF, First Stage brings in a bunch of creatives from related (i.e. rival) art forms to work on their first play.

I came into the program from a TV writing background—I finished my Bachelor of Screenwriting at VCA in 2016 and managed to get quasi-regular work writing on a few ABC comedies (e.g. ‘Get Krack!n’ & ‘The Weekly’).

I really enjoyed the contrasting freedom playwriting gave me to find my own authorial voice. Unless you’re the showrunner, a lot of TV writing is about matching the voice set by the creator.

First Stage was an opportunity to finesse my own particular voice, and I ended up with ‘Lame’ – a 20-minute play about two friends who suspect their disabilities have suddenly become “cool” when they’re invited to their former high-school-bully’s house party. After that I was part of MTC’s Cybec Electric program, developing an early excerpt of the play that would become ‘Telethon Kid’.

I think my experience in TV informs my playwriting practice a lot. Writing to match the tone of a particular creator, pitching jokes in the voice of an established comedian – this sort of ghostwriting helped me become more malleable in my writing, which hopefully helps me keep my characters distinct.

‘Telethon Kid’ kicks off at a conference held by Big Pharma multinational Geneuris.

As the world’s leading expert in a hyper-niche genetic disorder, ‘Doc’ is there to compete for the Geneuris Orphan Prize – a prestigious endowment to continue research into an ‘orphan disease’ (a genuine FDA designation given to diseases so rare that there’s no financial incentive to develop treatments).

To help his presentation Doc invites Sam, a former pediatric patient of his living with the disorder. Now in his 20s, Sam is a charismatic influencer adept at leveraging his disability and manipulating abled people into opening their pockets.

But when Sam makes a move on the DILF-y doctor he’s crushed on for years, it ignites a murky debate into medical ethics, commerce and the blurry line between medical curiosity and sexual attraction.

As someone born with a rare disorder who was often paraded about in front of student doctors as a ‘fascinating case study’, I grew up intimately familiar with the spectacle of medicine – of being stared at, examined, prodded and pathologised.

I was also familiar with the spectacle of charity drives. While I was never photogenic enough to be a Channel 7 Telethon Kid myself, I would always run into these child stars at Princess Margaret Hospital in Perth and fizz with jealousy at the airtime they got.

In part, writing this play was a way for me to unpack the effect those duelling experiences had on me – my body image, my sex life, my ambition, my narcissism. It also became an experiment in affording more humanity and nuance to the doctors I encountered.

We’re conditioned to put doctors on pedestals; turning them into these purely-altruistic, modern saints. I think this does a disservice to their humanity as much as it does to patients. Patients aren’t simply defective tissue samples, doctors aren’t simply pious angels on earth – we’re all just humans that deserve to get paid / get laid.

Opening up some nuance into the health provider / consumer divide feels relevant today because the pandemic forced so many healthy & abled people to consider themselves within a medicalized system for the first time.

It was so interesting to see people expressing brand loyalty to particular Big Pharma corps, e.g. Pfizer as a status symbol, AZ as an underdog badge of honour. It’s undeniable that Big Pharma corps like Pfizer do save lives. Doctors save lives, too.

It felt timely to ask the question: just how much special treatment and leeway should we afford a corporation, or a person, just because they’re in the life-saving business?

Developing an early excerpt of this work through Cybec Electric in 2020 was the last thing I did before the first Melbourne lockdown. The performing arts evaporated, and I lost all my momentum for a year.

Then again, this stretch wasn’t totally unproductive – like many people I followed a thousand doctors and scientists on Twitter. It was an info-overload every day, but snippets of the medical industry’s practices and techniques and rivalries and cattiness and loftiness and exploitation (giving and receiving) got stuck in my subconscious.

I started investigating awards like the Prix Galien and the Pfizer Research Prize, side-by-side with a major binge-watch of Shark Tank. In an instant the shape of play crystallised and the entire first draft tumbled out in a day.

I’m endlessly inspired ( / motivated due to white-hot creative jealousy) by my friend Vidya Rajan, so naturally seeing her phenomenal adaptation of Looking For Alibrandi at Malthouse last week moved me to tears and had me plotting which classic Aussie text I would adapt if I could. 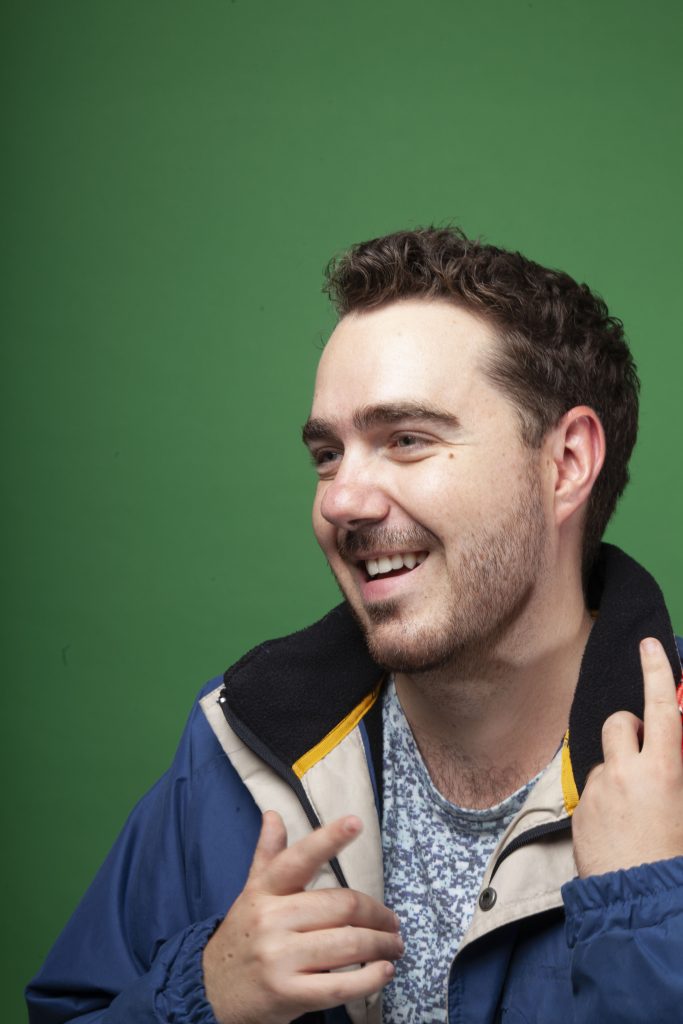 In Conversation: Rainbow Chan A Note from Julieanne, 22 July