Diana Reid: Response to Wherever She Wanders

Diana Reid is the author of Love & Virtue, the hit novel that serves as a peek behind closed doors of a prestigious residential college at an Australian university, as well as an interrogation of rape culture on campus.

Diana formally responds to Kendall Feaver’s Wherever She Wanders, offering her thoughts on the ideas evident in the play, and reflections on how the texts speak to each other in an Australian society that continues to sift through this persisting and urgent issue. 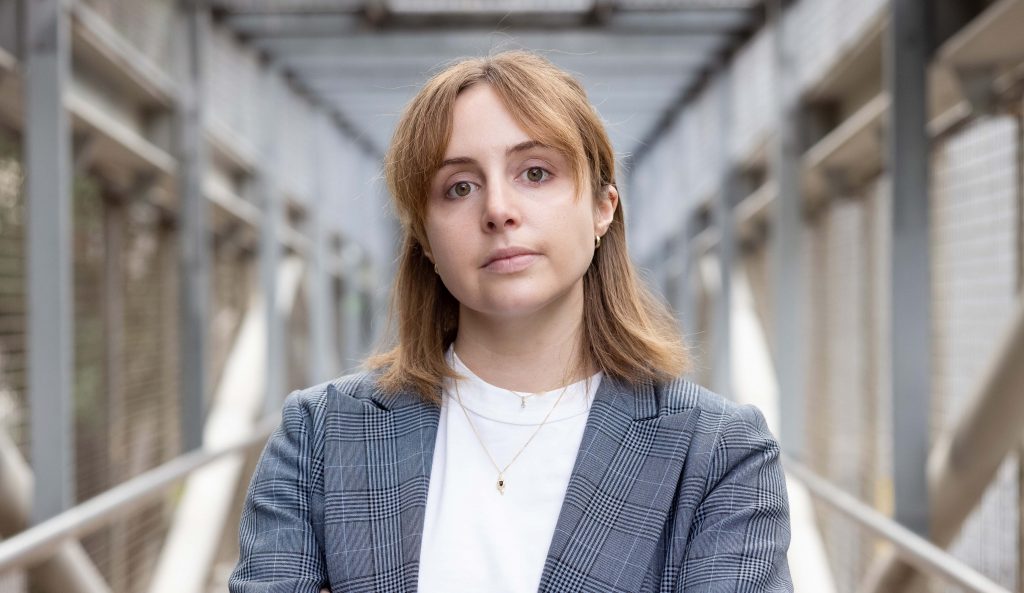 “All relationships are power dynamics.”—Helen Garner, The First Stone

There is a scene about a third of the way through Kendall Feaver’s Wherever She Wanders that encapsulates just how complex, and how dynamic power can be.

The scene opens with Jo (Fiona Press), the master of an unnamed Australian residential college, accusing one of her residents of stealing a painting. She’s white, he’s Malay; she’s the master, he’s a student. She’s got the power. Then Ghazali (who prefers ‘Gerald’) (played with humour and warmth by Mark Paguio) accuses Jo of racism—’if you’re taking a photo for the college website or whatever and you realise it’s got a bunch of white people in it, you call me over—’. The audience sits up a little straighter. Go Gerald, we think. Because what we know—and what Gerald knows—is that a woman who doesn’t want an all-white group-shot on the college website, is a woman who understands the optics of racism. She knows, therefore, that tokenism is a serious (read: potentially career-ruining) accusation. Suddenly, Gerald has the power. 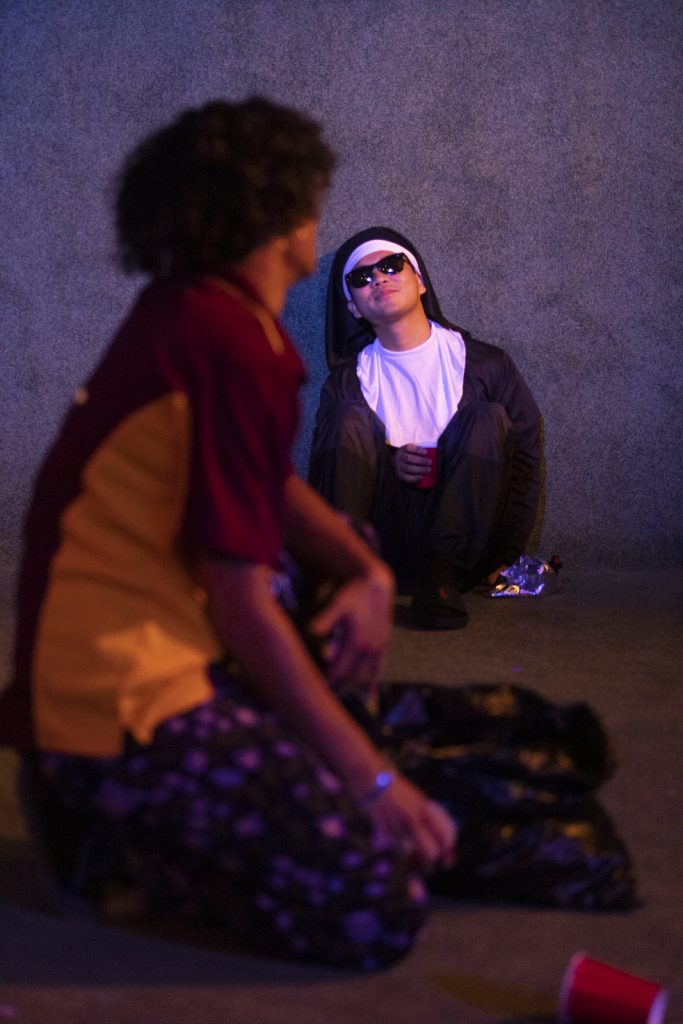 Enter Nikki: a dual-heritage third-year student with a passion (played with well-intentioned, big-hearted fervour by Emily Havea) for social justice. She wants to report an assault enacted by one resident of the college against another. The problem is, Nikki isn’t the victim—she’s just heard about it second-hand. Exit Gerald. Power back to Jo. As college master, Jo refers Nikki to the harassment procedures. As white feminist pedagogue, she slips into teacher mode, Socratic-style. She asks Nikki: Do you know what it means when you put the word ‘rape’ anywhere near the word ‘culture’–?

I don’t want to spoil it, so I won’t go further, except to say that Nikki does something to take power into her own hands, and that the rest of the play deals with the consequences of this choice…

Much has been made of the timeliness of Feaver’s script. Wherever She Wanders, although first pitched with great prescience in 2012/13, has been released at the end of a year that also included allegations against Christian Porter, and the work of activists like Grace Tame, Brittany Higgins, and Chanel Contos. Needless to say: sex, power and consent are in the national conversation.

Yes, in a way, Wherever She Wanders is part of that conversation. It advocates for social change: it argues that rape cultures are both rife and deplorable, and persist because of the privileged minority who benefit from them. But it also sits apart from the conversation, at a critical distance. To me, Wherever She Wanders also addresses our cultural craving for a simple story, and the damage we do when we don’t tell it right.

As a novelist, (that is to say, not remotely an expert on consent) it is perhaps no wonder that the treatment of narrative is what interests me in Feaver’s play. It was also of interest to me in Love & Virtue, my debut novel, which deals with very similar themes in an almost identical setting. Obviously, I make no claim to what the play is really ‘about’. But below is my attempt to make sense of what I saw. 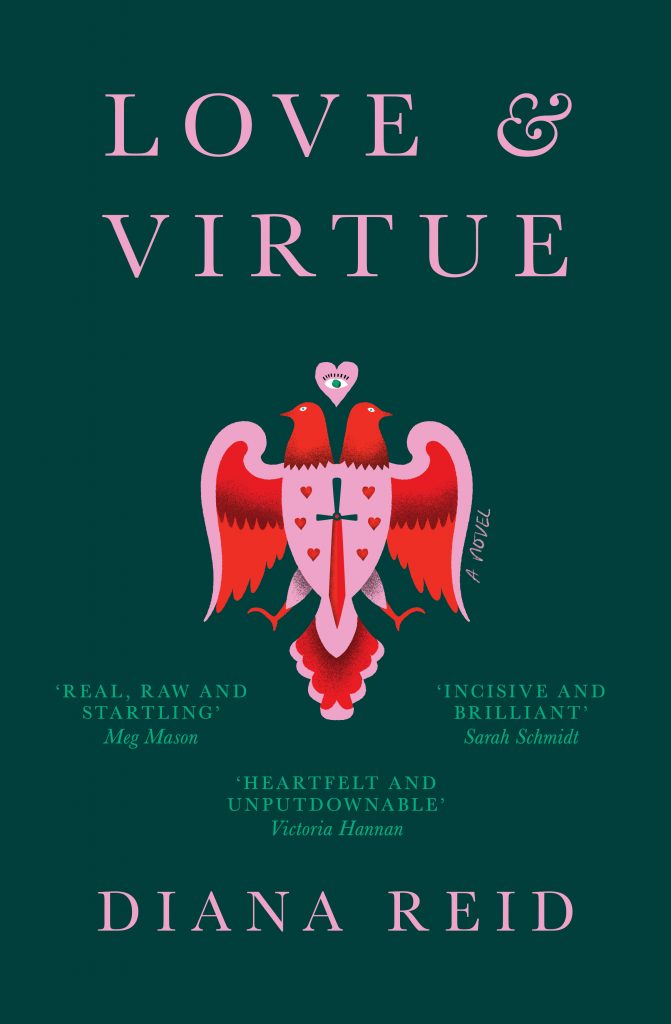 It seems, not just to me, but to many writers far more incisive than me, that modern discourse is dominated by a simple narrative of victim/oppressor. Sally Rooney articulates it with her usual grace and clarity in her latest novel, Beautiful World, Where Are You? when one of her characters complains:

‘An individual’s membership of a particular identity group is a question of unsurpassed ethical significance, and a great amount of our discourse is devoted to sorting individuals into their proper groups, which is to say, giving them their proper moral reckoning.’

Wherever She Wanders recognises this instinct, and refuses to yield to it. Life, Feaver insists, is more complicated than neat groupings. Like the scene in Jo’s office, most people, in spite of their categorisations—man/woman, boomer/Gen Z, white/brown, local/international student—most people have power and don’t: they are hurt, and they hurt others.

But Feaver is also sympathetic to just how human this instinct is. Her characters are constantly trying to put each other in boxes.

In the ideological clash between Nikki and Jo, two ardent feminists, categorisation is a weapon in argument: your generation; mine. As is typical for the older generation, Jo thinks that arguing without emotion is a sign of respect: a nod to your opponent’s rationality. She tells Nikki: ‘I can’t speak to your feelings on this—we have procedures in place.’ Nikki, a typical Gen-Z raised on an academic diet of intersectionality and kyriarchies, thinks that when people are situated differently in terms of power and proximity to trauma, rationality comes easier for some. Jo’s insistence on reason feels like a flex: an unwillingness to negotiate on Nikki’s terms. 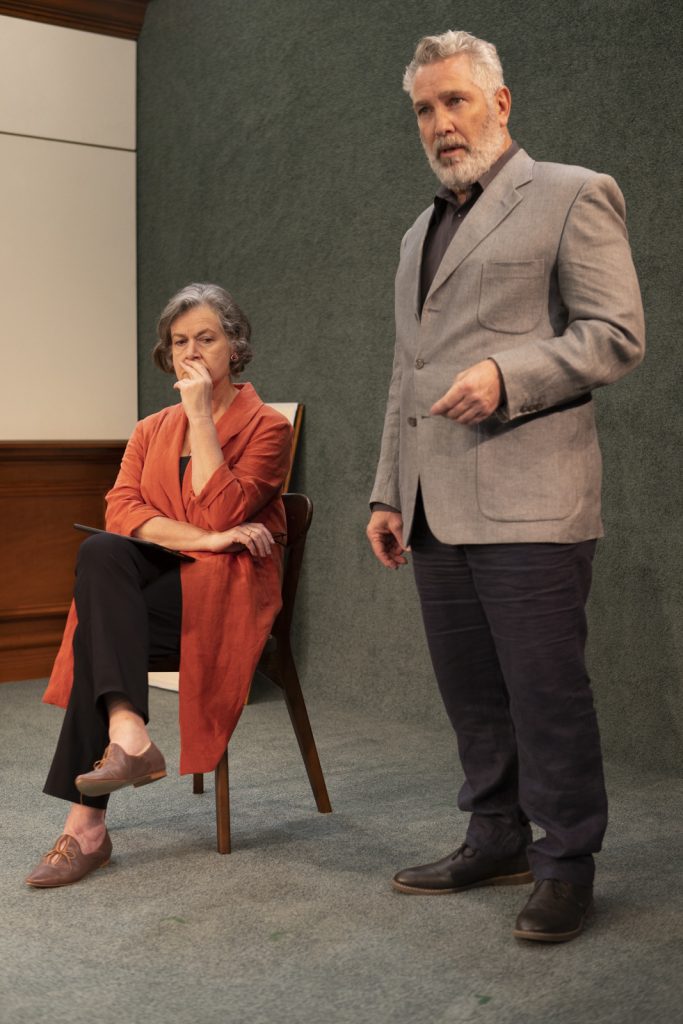 Then, in the character of Michael (Tony Cogin), the Chair of the college board, we see how self-interest can drive simple narratives. He’s been shaped by, and in his own way shaped a college culture that is now recognised as toxic. He’s anxious to tell a story of Poor Leadership—he needs someone to hold responsible so he can be sure it’s not him.

A very clever casting trick complicates the otherwise simple story of maternal love. The same actor (Jane Phegan) brilliantly plays a dual role as the mother of both victim and perpetrator of sexual assault. Her love, in each role, is—as it is with all mothers—utterly partial: interested in her child’s side of the story.

And then there is the hot-button story; arguably the play’s selling point, the same story that sells copies of my own novel: the Sexual Assault Narrative. This, too, is simplified by Nikki, who tells the story of her friend’s sexual assault on her first night at college. (The friend, Paige, is played with devastating innocence by Julia Robertson). But Nikki has also been assaulted (a testament to just how rife these stories are). So why does she choose Paige’s story, not her own?

It’s partly altruistic. We sympathise with Nikki’s aims: there’s a genuine cultural problem here, and if we get too bogged down in complexities, maybe we’ll become paralysed by nuance; maybe there will never be any change.

And it’s partly cynical. Nikki is blunt about this: 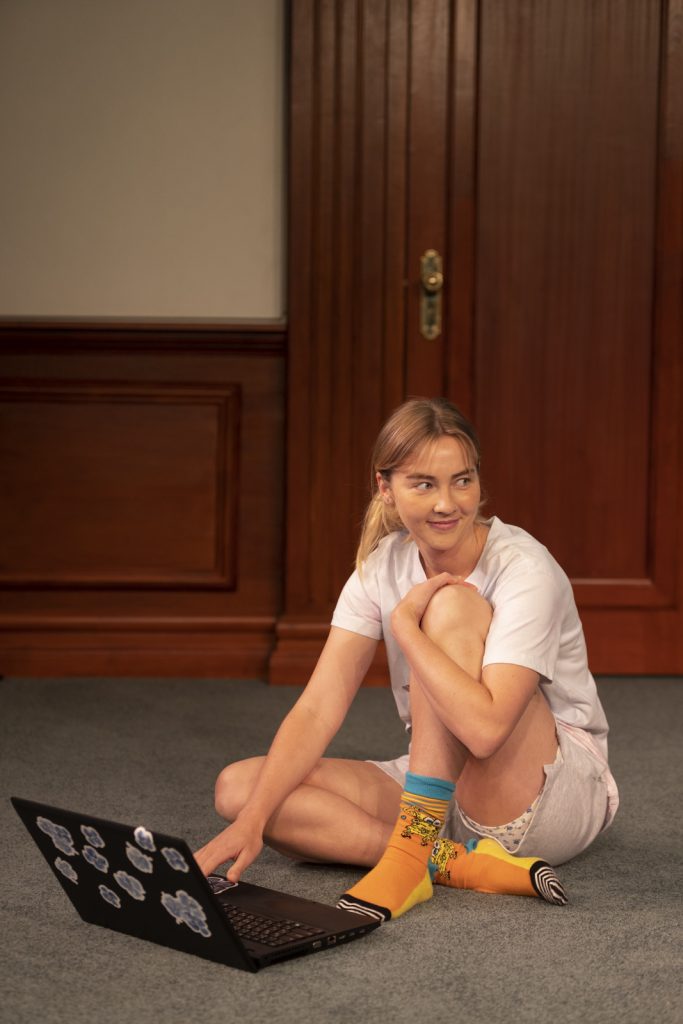 It’s telling that we never learn the details of Nikki’s experience. Feaver’s play, in Nikki’s silence, levels an accusation at its audience: you’re not ready for her story yet.

And this, to me, is Feaver’s most devastating observation. That even the altruistic stories, the ones that need to be told, can still—where they’re too simple—do harm. They exclude people. And they even harm those they include. Thanks to social media, survivors turn to heroes in a matter of clicks. Paige will be defined by this story forever. One night she might rather forget has become—yes, for a noble cause—her defining narrative.

When Nikki says of Paige: ‘I gave her a voice,’ Jo’s response says it all: ‘You gave her your voice.’

Fiona Press imbues this line with a world-weary wisdom. Jo’s been around a long time. She sympathises with Nikki—once, when she was younger, she was Nikki. But now she’s burdened by her knowledge of the world. In Jo’s case, her knowledge is acquired by experience. For the audience, that same knowledge is acquired by the play. The very uncomfortable, very sad realisation that, perhaps, however well-intentioned, we do a disservice to all women when we invite them to speak up, but insist they read from the same script.

Diana Reid is the author of the acclaimed novel Love & Virtue. Out now through Ultimo Press.

A Note from Declan, Tuesday 23 November