A LETTER FROM VIVIENNE WALSHE 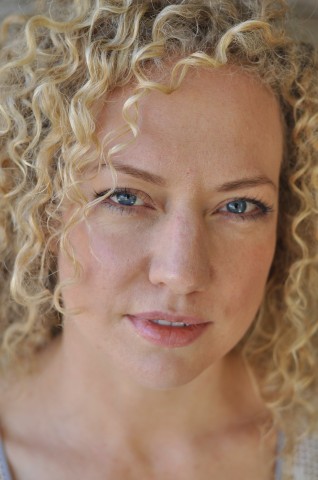 I’m writing this to you, because if you’re reading a blog written by the playwright on a small, but cherished theatre company’s website, then you are my kind of person – a theatre-goer. People who sit in the hushed silence as the lights dim and hope for the best. We’re all waiting for the same thing, but it’s hard to put into words.

Writing a new play has the same expectant feeling for me – will this be the one? Will this play be the one that holds me in my seat and fills me with joy, envy, dread and the wonderfully smug feeling that I had the good sense to buy these tickets in the first place?

These days, when I’m really astonished by a play, I go home and research the writer. How did they get there? How did they write a play that was so assured, it was as if the audience gasped and laughed as they wrote it, seated on the other side of their desk? What I think I have discovered is that these playwrights I admire rarely work alone. Novelists try their hand at plays all the time and usually miss the mark and for me, it’s the sense of a live audience they’re forgetting. The play is a blueprint for something that’s supposed to happen between the audience and the actors on stage and it’s a strange kind of witchcraft.

More often than not, I find these great playwrights work in an ensemble, a theatre-company of sorts, or maybe they’re also an actor, or they have a director who has faith in them, who makes their shows happen. There is no formal invitation – to be in the theatre. You just have to stake your claim and find a few people who will read your stuff or get what you’re on about. What is so disorientating is how hard it can be to find those people. Sometimes, it feels like a support network for people living with an affliction. ‘What have you got?’ ‘An addiction to Percocet, what about you?’ ‘Theatre’.

I was invited to the Australian National Playwright’s Conference five or six years ago with a mess of a play and the director of the conference, Tom Healey, must have seen some potential in it because he paired me with the inimitable Francesca Smith as my director. I finally had my team of people…and what happened was the play fell apart as soon as it left the actors’ mouths. I had been alone in the garret too long.

Six playwrights had been invited to show their work and now it was going to be five playwrights and a loose unit who couldn’t deliver. I knew I was going to have to throw it out and start again from scratch. I wrote half a play in a week and it was far better than anything I’d written for a while. I had deepened my empathy for the characters and got to the heart of the play and because I knew I would have an audience of professional colleagues in a couple of days, I got on with the business of keeping their attention.

Nabokov, when asked whom he wrote for said, ‘a room full of Nabokovs’. The shallow, fetid sea a playwright bobs around in for so long is wondering who the hell is going to see this thing, watch this thing? In a sense, it’s the first misstep, the play’s first abandonment. Something about the work is asking if it’s okay to exist and just as we recoil from people who seek our good opinion, I think we respond to writing in the same way. Sometimes theatre people (myself included) can seem to have a blustering kind of confidence. But this bravado is only trying to quiet the first question, ‘do I belong here?’ in order to get on with the second, ‘how can I make this play wonderful?’ How can I be inventive with language? Give this thing a pulse? I wish I could do it more often, but years can go by when I bob around in that shallow sea again, trying to listen for those laughs that might exist or the silence on stage that might mean something magic, wondering where my self-esteem went and if it was coming back.

If you’re a playwright, I hope you find some communion with these words. Invent your perfect audience and then write for them, as if you already have their attention. And if you’re a Theatre Lover: someone who goes out at night hoping to be held captive on someone else’s time when the lights dim, then you’re my kind of person.

Vivienne Walshe is the writer of This is Where We Live.
Click here for more info on the show.