Glace Chase writes about the literary hoaxes that inspired her play A Hoax, opening at Griffin in July. Hoax number #1 is A Million Little Pieces by James Frey.

Published by Random House, this book tells the allegedly true story, in sometimes horrific detail, of a 23-year-old alcoholic and drug abuser and how he copes with six weeks in a rehabilitation centre.

In September 2005, the book was picked as an Oprah’s Book Club selection. Not long after, it became the number one paperback non-fiction book on Amazon.com and topped the New York Times Best Seller list for 15 weeks.

The investigative website The Smoking Gun published an article in January 2006 called “A Million Little Lies”, in which it called into question the book’s authenticity. Frey and his publisher were invited back onto Oprah’s show, and in a now famous episode, Winfrey fiercely confronted the two over how the book’s ‘truth’ had been misrepresented to its readers. It became clear that a number of facts had been altered and incidents embellished. For example, Frey only spent a few hours in jail rather than the 87 days he claimed in his memoirs.

In February 2006, Random House published a note by Frey that was subsequently included in later editions of the book. In the note, Frey apologised to the reader for fabricating portions of his book and for having made himself seem “tougher and more daring and more aggressive than in reality I was, or I am.”

In September 2006, Frey and publisher Random House reached an agreement whereby readers who felt that they had been defrauded by the book would be offered a refund. Less than 2,000 readers came forward.

Frey continues to write. The sequel, My Friend Leonard, about life after rehab, was published in 2005. Bright Shiny Morning (2008) and The Final Testament of the Holy Bible (2011) have followed, to generally positive reviews. 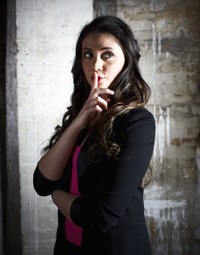